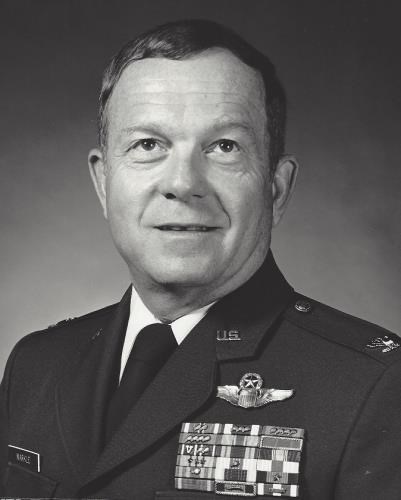 Retired Colonel Markle served 26 years in the U.S. Air Force. During his service, he was a pilot and Squadron Commander, serving 2 tours in Vietnam, flying the F-4, OV-10, and A-10 throughout his career. After retirement, he was an analyst for various government consulting companies. Terry enjoyed the outdoors, hiking the Appalachian Trail from Georgia to Massachusetts.

He leaves behind to cherish his memory his wife, Patricia A. Markle; daughters Kristina Giddinge (Eric) and Susan Majka (David); brother, John Markle (Charlotte); and grandchildren, Skye and Hunter Majka.

The family would like to thank the caring staff at Harmony on the Peninsula.

A private ceremony will be held at a later date. In lieu of flowers, donations may be made to the Appalachian Trail Conservancy https://appalachiantrail.org/

Arrangements are by Berceuse Funeral and Cremation Traditions, 2609 Cunningham Drive, Hampton, VA 23666 (757)-825-8070 www.Berceusefuneralhome.com
To plant trees in memory, please visit our Sympathy Store.
Published by Daily Press on Aug. 2, 2020.
MEMORIAL EVENTS
No memorial events are currently scheduled.
To offer your sympathy during this difficult time, you can now have memorial trees planted in a National Forest in memory of your loved one.
Funeral services provided by:
Berceuse Funeral & Cremation Traditions
MAKE A DONATION
MEMORIES & CONDOLENCES
Sponsored by Berceuse Funeral & Cremation Traditions.
2 Entries
A great military officer and leader. It was my pleasure to know him and work for him. He was always one of my favorites.
Eileen Bland
Coworker
August 3, 2020
Terry was my best friend in the Air Force. We know the past few years have been hard on Pat and the children. Rae Ellyn,Matt, Molly, and I send our condolences and best wishes.
Joseph Sarver
Military
July 25, 2020
Showing 1 - 2 of 2 results