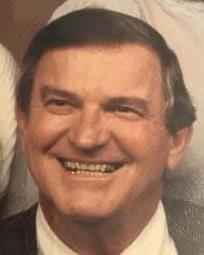 While he was in the Air Force, Bill attended the University of Alaska and Old Dominion. He was the Class Speaker when he graduated from the NASA Langley Apprentice School. He was employed as an Engineering Technician until his retirement from NASA in 1987.

Bill was a volunteer Fireman and a Life Member in the Masons, Shriners, Eastern Star, and a member at his beloved Hilton Baptist Church.

All Services will be held on Tuesday, July 27, 2021 at Hilton Baptist Church, corner of Main Street at Warwick Blvd, starting with visitation at 11 AM followed by a funeral service at noon. Following the funeral service Military honors, Masonic and Eastern Star rites will take place at Peninsula Memorial Park Mausoleum.

In lieu of flowers, the family suggests donations to Hilton Baptist Church or another favorite charity of your choosing. Please leave online condolences at www.wjsmithandson.com
Published by Daily Press on Jul. 25, 2021.
To plant trees in memory, please visit our Sympathy Store.
MEMORIAL EVENTS
Jul
27
Visitation
11:00a.m. - 12:00p.m.
Hilton Baptist Church
VA
Jul
29
Funeral service
12:00p.m.
Hilton Baptist Church
VA
Funeral services provided by:
W. J. Smith & Son Funeral Home - Newport News
MAKE A DONATION
MEMORIES & CONDOLENCES
Sponsored by W. J. Smith & Son Funeral Home - Newport News.
2 Entries
A Great Friend from our NASA Days.....
John McPherson
Friend
July 26, 2021
Curtis, Sheilah, Cody and Kelly, may God give you His peace in this time of grief. Billy was such a kind and loving person, and I'm sure everyone who knew him will miss him greatly. Whenever I had the chance to visit New Port News, he and Phyllis were so generous with their time and hospitality. I send you and your family my most sincere sympathy.
Robbie Tucker
Family
July 25, 2021
Showing 1 - 2 of 2 results