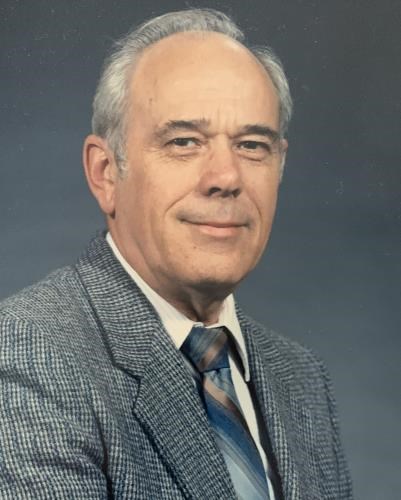 "A slide rule, a wind tunnel and a dream. That's all they had." Computers as we know them today were thirty years away,and so was the internet. This team of brilliant engineers invented the technology that catapaulted astronauts into manned space travel and lunar exploration in1969 and beyond. This is Bill Reed's story.

Born September 24,1925 in Wellsville, Missouri, Wilmer Handy Reed III (Bill), whose life's work revolutionized the study of wind tunnel modern flight dynamics passed away on Thursday evening August 26, 2021 in Destin, Florida. He was 95. His leadership, work ethic, inventive curiosity and genius was instrumental in empowering the development of breakthrough technologies in aeronautical engineering that literally changed the world.

He was a one of a kind tour de force, who became a Chief Scientist at NASA contributing 28 Global Patents, publishing 40 Scientific Articles, parenting aeronautical invention that spearheaded our "Giant Leap For Mankind" in the Apollo, Saturn 5 Rocket, and early Space Shuttle programs, among others. He specialized in Aeroelacticity and Load analysis, creating engineering solutions that made super sonic flight and space exploration possible and more efficient, by streamlining and redesigning rocket and wing configurations and damping vibration (flutter). In other words, he was the go-to guy who made rockets and aircraft fly. His numerous contributions earned Bill NASA's career Exceptional Service Medal and 8 NASA Special Achievement Awards. He was an integral part of possibly the greatest team of engineers and scientists ever assembled.They were heroes whose combined inventive genius launched the space age at the National Aeronautics & Space Administration (NASA). He collaborated and published with Dr.John Houbolt (Lunar Orbit Rendezvous) ,William Hewitt Phillips and others who created the Apollo Moon Landing Missions.

At the age of nine, his aunt gave hime a model airplane and helped him build it. His infatuation with aircraft and flying became his life's journey from that day forward. In his early teens he became an Eagle Scout. After high school he enlisted in the Navy, became a Naval Aviator, earned his B.S. Aeronautical Engineering at Auburn and was hired directly by NACA at Langley Research Center as an Aeronautical Research Engineer in 1948. While attending Auburn he met Mary Catherine Draughon at Huntington College on a blind date. For the next 66 years of happily married life they built their home, raised a family of three, and were pillars of the First United Methodist Church in Hampton. His Masters of Science Aeronautical Engineering was conferred by the University of Virginia in 1953.

After retiring from NASA in 1982, he worked as a scientist, consultant and speaker for Dynamic Engineering Inc. where he invented the "Flutter Exciter" making commercial and military aircraft more efficient and safe. He called it "the little idea that took off". Bill was then a Representative Engineer for the Federal Aviation Administration (FAA) until his retirement in 1998. His professional peers awarded him 3 AIAA Engineer of the Year Awards from 1995-1997, and in 2000 Engineer of the Year by the Penninsula Engineers Council for which he was later elected vice president. While his career was often all encompassing, it never fully defined him as a man. Through it all he remained a humble, loving and unassuming mentor; a family man. He gave back to his community teaching students in robotics and leading the White Pelican Project: advising students from Hampton area high schools in 1993. Collectively, they created the world's largest paper airplane which was hung in the Virginia Air & Space Museum. It was in the Guinness Book of World records then.

He had many other talents: He built high quality furniture out of walnut, mahogany and oak. Bill carved wooden ducks, eagles and other wildlife. He was an active artist who drew wildlife, seascapes and used water colors in many of his pieces. He was an avid cycling enthusiast participating in the Bike Centennial in 1976 at the age of 51. In 1977 he and his wife Mary invested in beach front property in Kitty Hawk, North Carolina directly in view of the Wright Brothers National Memorial on the Outer Banks. It was their vacation and "family reunion mecca" from then on.

In 2014 Bill lost his beloved wife Mary of 66 years. Two years later he sold his home in Hampton, Virginia and moved to Destin, Florida, where he spent his final years closer to his family. He was a man of vision, wisdom and faith in all that is good. While he was a world renowned inventor and scientist, his family will always remember him as a life force that was supportive and available. He was loved as a mentor and father.

A Memorial Service will be held at The First Untited Methodist Church in Hampton, Virginia on October 4, 2021. The Reverend Candee Martin will lead "A Celebration of Wilmer H. Reed III's Life" at noon. A fully catered reception will follow in the Library of the Virginia Air & Space Museum one block from the church. In lieu of flowers, the family wishes donations be made to the First United Methodist Church, Hampton, Virginia.
Published by Daily Press on Sep. 26, 2021.
To plant trees in memory, please visit the Sympathy Store.
MEMORIAL EVENTS
To offer your sympathy during this difficult time, you can now have memorial trees planted in a National Forest in memory of your loved one.
MAKE A DONATION
MEMORIES & CONDOLENCES
5 Entries
Will always remember the 4th of July parades he organized for the Mohawk Rd. kids. Great man....Great memories
Linda Blanchard Bradshaw
October 4, 2021
Tricia, Graham, Dottie and extended Reed family, I am so very sorry for you loss. Your father was a remarkable man with extraordinarily intelligence, kindness, and a gentle spirit. My parents really enjoyed your parents company and my father was very impressed with your father's engineering expertise. His passing brings back long ago memories of Mohawk Road. May your many memories bring you comfort through these painful times.
Caroline Parlett
Friend
September 28, 2021
Dear Frances, My thoughts and love are with you. Am so sorry to learn of your brothers passing. I do remember how dear he was to you. God Bless. Mary Caroline Boerner
Mary Caroline Boerner
Friend
September 26, 2021
To Tricia, Graham and Dottie..I just heard of your dad's death from my sister, Carolyn. Visiting this memorial site, I saw the face from my childhood and remembered how kind, thoughtful and considerate he was when we were all neighborhood children and as we grew up. Such a dear person. It was a privilege to know him. My thoughts and prayers are with each of you.
Susan Carr (nee Blanchard)
Other
September 26, 2021
During my career at NASA Langley, I was a beneficiary of Bill's support for my research interests and activities at NASA. His support for my work was inspiring and energizing. I endeavor today to pass Bill's lessons along to the next generation. Thank you Bill! Godspeed.
Bruce J. Holmes (NASA, Retired)
Work
September 26, 2021
Showing 1 - 5 of 5 results