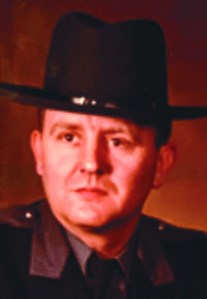 Larry Ramsey Mayhew, of Stanardsville, Va., died peacefully at his home on Wednesday, September 9, 2020, at age 77, following a second bout with cancer, having survived an initial battle in 2012. Born March 10, 1943, Larry was predeceased by his parents, Clarence and Annie Mayhew of Gretna, Va., and a brother, Wayne Mayhew, of Hurt, Va. Surviving are his high school sweetheart and wife of 56 years, Carole (Moore) Mayhew; his three sons, Phil Mayhew (Traci) of Hagerstown, Md; Paul Mayhew (Shelly) of Harpers Ferry, W. Va.; and Patrick Mayhew (Brandi) of Zion Crossroads, Va.; his three grandchildren, Finn Mayhew, Dalton Mayhew, and Avery Mayhew; one brother, Roger Mayhew of Gretna, Va.; one sister, Faye Craddock, of Henderson, N.C.; and numerous nieces, nephews, cousins and friends. A special note of gratitude to long-time friends and neighbors Beverley Taylor and Bill Wade, who have shared in Larry's life and provided their love, friendship and support for his entire family for more than 40 years.

A graduate of Gretna High School, Larry began his career as an apprentice at Newport News Shipbuilding before being hired by the Virginia State Police. Assigned to Greene County in 1965, Larry was the youngest Va., State Trooper in Area 18, where he continued serving in the county and community he loved so much until his retirement as a Special Agent in 1996. Known for his friendly and unwavering laid-back personality, Larry was always smiling and equally respectful to everyone. A local recidivist once told Larry's son that "When I knew I was getting arrested, I sure hoped it was your dad that was coming to get me, because he always treated me right." Larry's kindness was ever present, whether making a friend, an arrest, or both. When passing through town over the years, this same individual always greeted any of Larry's three sons as "Little Larry," regardless of which of the brothers he encountered. As Phil noted in his remarks on Larry's 60th birthday, "Being known as 'Larry Mayhew's boys' will likely be the greatest badge of honor that any of the three of us will ever wear," a sentiment his sons all share.

Larry took an active part in community affairs, serving on the advisory boards of the Greene County Rescue Squad and PVCC. He was a member of the Stanardsville United Methodist Church, the Piedmont Stella Masonic Lodge, and the Greene County Historical Society. Larry and Carole's shared love of animals led to their becoming founding members of the Madison-Greene Humane Society, helping provide loving homes for countless area dogs and cats.

Larry enjoyed time with his family and friends, whether going to NASCAR races with his sons, attending country music festivals, or catching up with old friends at State Police Alumni gatherings. An avid reader, Larry collected hundreds of books, with his favorites being mysteries and history. After retiring, he and Carole found time to travel, recently making their way to the Grand Canyon, one of Larry's long-anticipated dream destinations. Larry cherished his role as father and grandfather, participating at every opportunity in their respective activities, whether hanging streamers for his sons' proms, building a stable for the church creche, selling concessions for the high school band, or making a puppet theater for his granddaughter's Sunday school class. Ever generous with his time and resources, Larry supported many local and global organizations.

Larry's family would especially like to thank his long-time friend and family doctor, Dr. David Duani, and also the doctors and nurses of the Sentara Martha Jefferson Hospital's cancer unit, for their capable care and exceptional kindness. In lieu of flowers, memorial contributions to the Greene County Rescue Squad or the Madison-Greene Humane Society would be appreciated.

Due to the corona virus, no funeral will be held. A memorial service will take place when it is safe and appropriate to do so. Thank you to each of you who has loved, supported, and been a friend of Larry's throughout his many good years. He knew how blessed he was.
To plant trees in memory, please visit our Sympathy Store.
Published by Greene County Record on Sep. 12, 2020.
MEMORIAL EVENTS
No memorial events are currently scheduled.
To offer your sympathy during this difficult time, you can now have memorial trees planted in a National Forest in memory of your loved one.
Funeral services provided by:
Ryan Funeral Home - Ruckersville
GUEST BOOK
28 Entries
I worked for VSP in Division Two, both with BFO and BCI, all my career, but will always remember Larry Mayhew as a kind and gentle soul. My condolences to all the family. May your memories sustain you in the coming days.
Deborah Settle
Coworker
September 17, 2020
I always enjoy working with larry , knew it would be a fun night , he was someone that I look up to with great respect , help me in a lot of ways , if there was trouble he was the man I wanted to have my back , you always knew he be there by your side and would do the right thing , sorry for your lost , I'am sure he will be greatly miss !!!
WADE MORRIS
Coworker
September 15, 2020
Carole, Phil, Paul & Patrick, James & I send our deepest condolences for the loss of a wonderful man, friend & coworker. We really enjoyed working with Larry all those years at Virginia State Police. Please know that all of you are in our Thoughts and Prayers during this difficult time.

James & Cora Adcock
James & Cora Adcock
Coworker
September 14, 2020
His kindness, and just taking a moment to talk with me. i have thought on that kindness, on and off for almost 30 years.
matt armstrong
Acquaintance
September 14, 2020
I knew Larry through my husband Dale. They went to school together and were good friends. When we made trips to Hurt, Larry would meet us at truck stop in Ruckersville. So thankful to have known Larry and I am so sorry for your loss.
Sandy Short
Friend
September 14, 2020
Prayers and sympathy to the friends and family of Larry. I finished high school with him and he was always known as such a gentlemen and also loved people. He was always so calm and loved life. RIP Larry!
Dolly Tolson
Friend
September 14, 2020
Carole and Family, Just learned today of Larry's passing. You are in my thoughts and prayers at this time.
Frank Robertson
Friend
September 13, 2020
My prayers to the family. I truly enjoyed working with Trooper Mayhew at the Greene County Sheriff's Office. He was do calm and pleasent. I would also have conversation with him in the Post Office from time to time. He will be greatly missed. He was truly well loved by so many. Again, my condolences and prayers to the family.
Janet Banks Frye
Friend
September 13, 2020
My thoughts and prayers for the family. Sorry for your loss.
Brandy Weakley
Friend
September 13, 2020
My hear goes out to your family. Carole, Paul, Patrick, and Phillip I am so sad for your loss. You all are wonderful people and this breaks my heart.
Kathleen Collier
Friend
September 13, 2020
May God bless you and your family in this time of sorrow.
September 13, 2020
Carole & Family,
So sorry to hear of Larry’s passing. He fought a good fight and now is in the loving arms of God, free of pain and full of joy. I enjoyed working with Larry when he was a trooper in Area 18. He always had a smile when he stopped by the office to complete his paper work, etc. He said he liked being assigned to Greene County, and we are glad he never left. Sending our deepest condolences.