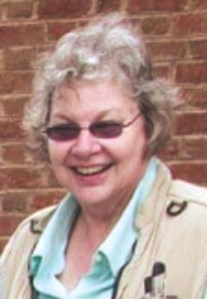 Caroline Watts, 69, died on November 8, 2020, at her home in Madison, Va., of a glioblastoma brain tumor. Caroline was born on December 30, 1950, in Charleston, W.Va., the daughter of Matthew Williamson Watts and Evelyn Green Fray Watts. She graduated from Madison County High School, Mary Baldwin College and Washington and Lee University School of Law, where she was a member of the first class that accepted women. At W & L, she was a Burks Scholar Teaching Fellow and finalist in the Moot Court competition. After graduation, Caroline clerked for the Honorable H.E. Widener Jr., Judge of the U.S. Court of Appeals for the Fourth Circuit. She returned to Madison to join Watts and Watts and practice law with her father, as he had with his father in Charleston. Caroline was elected Commonwealth's Attorney of Madison County 1984-1995 and Madison County Clerk of the Circuit Court 1995-2009. She loved serving the people of Madison County and embodied her campaign slogan "she cares enough to do her best". Caroline was an enthusiastic nature photographer of the Blue Ridge region, Greenbrier County, W.Va. and throughout Madison County. With camera in hand, she also explored the American Southwest, Greek islands, Cayman Islands, and Nairobi National Park. She was awarded 1st place by Virginia Wildlife in 1994 for her beautiful photograph of water lilies in bloom. Caroline was an active Master Naturalist, accomplished equestrian and member of the Madison Choral Society. She enjoyed bird watching and cultivating native plants. She was a Life Member of Madison County Rescue Squad. Caroline was devoted to her family, friends, and constituents and as a caregiver to her parents in their later years. Family members who were the recipients of her numerous greeting cards, generous care packages and thoughtful gifts called her "the best."

The family looks forward to gathering with friends in the Spring to share memories of Caroline, when risks of meeting in person are lessened. Memorial gifts may be made to Madison County Rescue Squad or to the Madison Chapter Salvation Army where Caroline was a faithful bellringer.

To plant trees in memory, please visit our Sympathy Store.
Published by Madison County Eagle on Nov. 19, 2020.
MEMORIAL EVENTS
No memorial events are currently scheduled.
To offer your sympathy during this difficult time, you can now have memorial trees planted in a National Forest in memory of your loved one.
Funeral services provided by:
Preddy Funeral Home
GUEST BOOK
7 Entries
So sorry to hear of Caroline´s passing. Prayers for the family!
Penny Banks
November 19, 2020
So sorry for your loss u will be truly missed ,when we saw each other she would ask about my mom an everyone else. I will miss you and all of the talks that we use to have. I just want to say that my heart and prayers goes out to the family. This is truly a sad day and I will always miss my dear friend, you will always be missed and but never forgotten.
Teresa M. Banks
November 14, 2020
We will always remember and admire the positive way in which Caroline handled her cancer diagnosis and treatment. In one conversation in particular, she relayed the good things she had discovered about an aggressive cancer diagnosis. She was now so much more enjoying the things in life that could so easily get overlooked, the pace of life having slowed some to enjoy the natural world which she so loved. In addition, she was spending more time with family and friends, the "to do list" prioritized in a whole different way. We´ll always remember her big smile, her great sense of humor, her amazing and ever inquisitive mind, and her loving and caring ways. We are honored to have been your friends and to have had the pleasure of spending so many wonderful hours with you and Mr. TJ Twinkletoes. Our hearts go out to the family and friends she held so dear... Love, carol and barbara
Carol Bratton and Barbara Lambert
November 13, 2020
I am sorry to hear of Caroline's passing. She was the Clerk of the Circuit Court when I came to work for the County (in 2003) and was a joy to all that she came in contact with. She truly loved helping others, and was always most happy and enthiastic about life. She always asked about my son every time I'd see her, and continued to do so long after she had retired. I always admired her dedication to the citizens and to her fine departmental staff. Prayers to the family and all whose lives were touched by her presence. Rest in peace, sweet Caroline. Jacqueline S. Frye
Jacqueline S. Frye
November 12, 2020
So sorry for your loss. Prayers for the family.
Teresa Corbin
November 11, 2020
I remember Caroline well when, as Clerk of Court, she helped settle my dad's estate in Madison County. I will always recall her kindness and professionalism during the process. I am so sorry for the loss. God Bless
Jim Herndon
November 11, 2020
My excellent friend Caroline was, for more than 50 years, my willing partner in spontaneous adventure, my counselor, my go-to, my rock, my confident, my conscience. She was unafraid to be brutally honest with me when I needed it most, yet unfailingly loyal and supportive. I will never not miss her.
Susan Myers
November 11, 2020