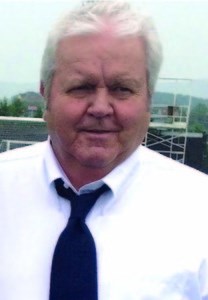 Douglas George Dodson Sr., 75, of Madison County, passed away on Friday, October 30, 2020, at Sentara Martha Jefferson Hospital in Charlottesville. Born on June 25, 1945, he was the son of the late Ross George Dodson and Elsie Weakley Dodson.

Doug is survived by his wife of 55 years, and the love of his life, Dorcas Collier Dodson; one son, D.G. Dodson Jr. and his wife, Amy; and two grandchildren, Ashley Dodson and fiancé, Sean Costello, and Darren Dodson and fiancée, Lydia Jacobs. In addition, Doug is survived by two brothers, Donny Dodson and his wife, Sue, and Larry Dodson. He is also survived by several nieces and nephews. He was preceded in death by a sister, Janet Coleman; a sister-in-law, Betty Dodson; and a nephew, Dennis Lam.

Doug served in the United States Army with the 82nd Airborne Infantry Division, specializing in Paratroops Operations and was stationed in Fort Bragg, N.C. He was later stationed in the Dominican Republic during the Dominican Civil War. He completed over 25 jumps during his 4 years of service.

After the Army, Doug started a career in the glass business, He worked for Virginia Glass Company throughout the 1970's and started his own business, with his son, DG, named Jefferson Glass Company. Doug would later purchase with his son, DG, and his brother, Larry, Virginia Glass Company, Glass and Plastics and Waynesboro Glass before retiring in 2001. Doug loved working in the glass business and the relationships he built with his customers and his employees were always very important to him. He believed business deals were sealed with a handshake.

After retiring, when he wasn't spending time on his tractor, taking care of his horses and cows, Doug enjoyed his cross – country trips. He and wife would plan these trips and make sure to stop in each state along the way, having visited every state in the Continental U.S. Doug also enjoyed spending time with family at their beach house at Cape Charles in the Chesapeake Bay Area. He loved to fish and spend time on his boat with family and friends. Cape Charles became a ritual for family every July 4th.

Doug leaves behind many stories he often shared with family about his adventures throughout his life. Family often joked that he should have written a book. His stories were always entertaining, whether they made you laugh or cry. He had a way with words that will not soon be forgotten.

The family would like to thank the staff at The Sentara Martha Jefferson Hospital in Charlottesville for the wonderful care Doug received before his passing.

A funeral service was held 1 p.m. Tuesday, November 3, 2020, at Preddy Funeral Home Chapel in Madison, conducted by Pastor Eddie Deane with interment in Lydia Pentecostal Church Cemetery. The family received friends Monday from 4 until 8 p.m. at the funeral home.

To plant trees in memory, please visit our Sympathy Store.
Published by Madison County Eagle on Nov. 5, 2020.
MEMORIAL EVENTS
Nov
3
Funeral service
1:00p.m.
Preddy Funeral Home
59 Edgewood School Ln, Madison, VA 22727
Funeral services provided by:
Preddy Funeral Home
GUEST BOOK
10 Entries
Billy and I are so sorry to hear of your loss, Dorcas. We often think of you all. May you be blessed and comforted during this difficult time.
Linda Ballowe
November 6, 2020
Doug and his wife were good friends of mine. We got to know each other in Cape Charles. I am so sorry for your loss. May God Bless each and everyone of this family.
MARY LIVELY
November 3, 2020
So sorry for loss I was young girl when Doud and Dorcas lived at end of the road from me always nice and friendly a good man.my brother said I liked Doug he was good man rest in peace
Mary Morris
November 3, 2020
Thinking of your family with sympathy during this difficult time,
Michael, Danielle & Max
Michael Ritenour
Friend
November 2, 2020
Our thoughts and prayers are with the family
Peggy and Linwood Christian
November 2, 2020
Please accept my condolences . I'm so sorry for the loss of your loved one. May the word of God comfort and strengthen you when moments of distress appear. 2 Thessalonians 2:16,17
November 2, 2020
Prayers.
Benjamin McCauley
November 1, 2020
DG , I'm really sorry to hear about Doug he was such a great person and will be greatly missed by all that knew him. I'm glad to say that I got to work for him in the shop I've never worked for anyone with such a good heart who made everyone around him feel at such ease . I pray for you and your Mom DG , he Loved you both so very much. You made him so proud. Merle
Merle W. Dabney
November 1, 2020
D.G. and Family : I am so sorry for your loss . My prayers are with you. My god guide you in this time of sorrow.
Angela G Peyton
November 1, 2020
I had the pleasure to meet Doug 30 years ago and his was such a good person and someone you loved talking to. He was also so proud of DJ and his family meant the world to him. I hope the love he had for his wife and family will bring you through this tough time knowing he is looking over each and everyone of you. God Bless
Doug Sacra
November 1, 2020