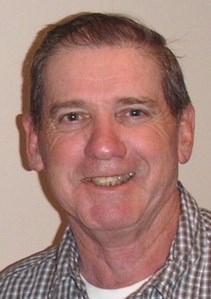 Dad's tremendous work ethic began as a child growing up on a farm with twelve siblings. The life of farming led him from his home in Tennessee to work on a dairy farm in Unionville at the age of seventeen.

He made Saint Just his home as he married Mary Skinner and two children followed, Kimberly Preston and Mitchell Penley. Carl began a career as a bookkeeper for A&P Stores and Superfresh Market in Orange until his retirement in 1998. He forged many meaningful friendships there through customers and coworkers.

Carl also found time to play both church and league softball. On any given Sunday, you would find him watching his beloved Washington Redskin football team as well.

Dad found his greatest joy in managing Windsor Farm. Dad never saw a tractor or piece of equipment he didn't love. His love for the outdoors and working the land as a passion. He also created many woodworking projects in his workshop. Carl's gardens were a labor of love and competitive tradition with his son, Mitchell.

Carl had to fully retire when being diagnosed with Lewy Body Dementia seven years ago. He continued his determination throughout his battle with the illness.

The family wishes to express their gratitude to Ronnie Meadows and Legacy Hospice for Dad's care.

Left to honor his memory are his wife, Mary of 60 years; and his children, Kimberly Preston (David), Mitchell Penley (Sharon), Crystal Dunn (Ed), and Zachary Penley. Carl was grandfather to seven grandchildren and one great-grandchild.