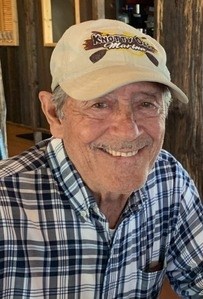 Michael L. Cook, 83, wasborn on December 29, 1936, in Boone, North Carolina, son of the late Issac Levi Bodenhamer and Dora Floe Cook, passed away at his home on Monteith Farms in Gordonsville, Virginia, on October 2, 2020.

Michael is survived by his wife, Barbara; his children, Gena Keller and her husband, Larry, Donna Crider and her husband, Keith, Dale Cook and his wife, Julie, his son, Scott Cook, 12 grandchildren and eight great grandchildren. Michael is survived by his siblings, Hava White, Ted Cook and his wife, Greta, Bill Cook and his wife, Marie, Wanda Baker, and Barbara Leake; and two sisters-in-law, Joyce Cook and Brenda Cook. Michael was preceded in death by his siblings, Jack Miller, Howard Miller, Mack Cook, David Cook, and Wendell Cook. Michael was also preceded in death by his son, Gregory Alan Cook.

Michael, better known as "Mick", by his family and friends, was known for his strong work ethic, his deep love for his family, and his commitment to assisting others less fortunate than him. Several years ago, Mick rededicated himself to serving God and reported to the family that he was ready for heaven as he was "squeaky clean."

Mick left home and joined the U.S. Army when he was 17, was stationed in Germany and returned home to ride up and down May Fray Avenue until Barbara Ann McDaniel, future wife, noticed him. It was meant to be.

In his early twenties, Mick worked for Virginia Metal Products and then became Founder, President and CEO, of Michael L. Cook, Inc., a successful commercial interior contracting business that he operated for over 30 years. In addition, he was involved in the start-up of other lines of business to include commercial and residential real estate. Barbara shared that Mick traveled a lot for his work; however, always called home when he arrived at his destination. (He was afraid not to).

Mick's interests included piloting his own plane, fishing with family and friends on his boat, horseback riding and entertaining children in the neighborhood by using the top fence rail as a balance beam. (He fell and broke several ribs after that fabulous stunt). As he grew older, his love of Westerns consumed a lot of his time (and Barbara's).

He found so much joy in being surrounded by his family – especially the "littles." Without a doubt, the "kid in him" came alive when he danced with Lauren and was able to spend time with his great grandchildren Madelyn, Rory, Lucas, Noah, Elaina, Eli, Chase and Caleb. (Then he would slip off to the sofa for a quick nap).

A private family graveside service was held. The family will plan for a Celebration of His Life at a future date offering an opportunity for us to gather to celebrate the life of this wonderful man.

Please honor Mick by being kind, reaching out to assist others who are less fortunate than you, and work hard to create a better future for your children.

To plant trees in memory, please visit our Sympathy Store.
Published by Orange County Review on Oct. 8, 2020.
MEMORIAL EVENTS
No memorial events are currently scheduled.
To offer your sympathy during this difficult time, you can now have memorial trees planted in a National Forest in memory of your loved one.
GUEST BOOK
3 Entries
I'm so sorry. For lost of father and husband me cook was from where my dad was. My grand Ma and dad was from there boone nc God bless him. My dad and uncle went to war probley same time mine was navey home place next to grand father could see it from our yard
Ann storie
October 24, 2020
Barbara and family, Bryan and I are so sorry to hear of Micks passing. My memories of Mick are that big smile that he seemed to share with everyone.
Gayle and Bryan Lovetere
October 8, 2020
My condolences to the family. I am very sorry for your loss. May you receive strength and peace from God. Romans 15:13
B P
October 5, 2020