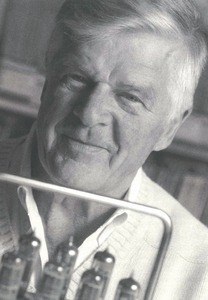 Alan Batson died on August 29, 2020, in Charlottesville, Va. He was born to Mabel and Percy Batson in the neighborhood called Kings Heath, in the south of Birmingham, England, on September 18, 1932.

The eldest of three boys, he played a role in raising his brothers after his father, a panel beater (or sheet metal shaper for the automobile trade), died suddenly when Alan was a young man.

After the Second World War, Alan was among a few clever local lads who won scholarships to the venerable King Edward's School (est. 1552). From there, he went on to the University of Birmingham, where he earned his BSc (writing his thesis on the ballet) and his PhD (working with particle accelerators to identify nuclear characteristics). His cutting edge work brought him to the attention of American academic recruiters, who enticed him to move to the University of Virginia with his young family in 1958.

Alan's career with the University spanned his entire working life, a rarity in these times. Brought on as an instructor in Physics, he was pulled sideways into the budding field of computers because he was the only person at the University who had ever used one, as a student in England. He coordinated acquiring the UVA's first computer, which was the size of a small school bus and had less capacity than a modern smartphone. Along with the acquisition of the early computers, Alan helped found UVA's academic computing facility and served as its director for many years.

In 1963 or 1964, at a time when by his estimate there were a mere 11,000 computers in the U.S., Alan wrote an essay describing his vision of the role computers would play at the University by 1975. From today's perspective, it seems quite visionary. His predictions included that very soon, ALL undergraduate physical and social scientists would need familiarity with computers; that students in Commerce and Business Administration would be developing ways to use computers not just for processing data, but for administrative tasks; that computers would also increasingly be used for non-numerical tasks (i.e. information retrieval) and thus invaluable in the humanities; that a department of Computer Sciences for research and education within the field would soon be necessary to stay abreast of the rapid growth of computers; and that they would soon see the development of remote workstations and satellite computing!

He also helped found UVA's pioneering Institute for Advanced Technology in the Humanities (IATH). IATH was a partnership between the Computer Sciences department and UVA's humanists, to equip the humanists with information technology that they would be using in a more mainstream way ten years in the future, and make them available immediately to help them produce innovative scholarship. IATH continues to this day to explore and develop information technology as a tool for scholarly humanities research. One of Alan's proudest achievements was the creation of the first book ever written entirely by a computer: a concordance of the works of Racine, which he developed with professor Bryant Freeman.

He retired as a Professor Emeritus in 2000.

Alan's professional life was complemented by the many, varied hobbies that he embraced over the years. For example, he was a masterful and gleefully competitive squash player, thrashing players many years his junior. He loved animals, and nurtured several litters of puppies from his treasured Boxer, Morag. He brewed beer in the basement back when nobody did that. He built his own darkroom and took beautiful portraits of the people he loved. He read spy novels voraciously. He was an avid fan of the UVA men's football and basketball teams. He took up sheep, goat, and chicken farming, making his own goat cheese back when nobody was even eating goat cheese. He made delicious bread when all you could buy was Wonder. He was a devoted and meticulous gardener throughout, and took the Master Gardener course from the Extension Service upon his retirement.

As a young man in England, Alan would escape university life most weekends on his motorcycle, "Thunder Pants," and head to the Lake District or to Wales, where he enjoyed rock climbing and camping. He loved being outdoors, but always with a purpose: topping a mountain, creating a game, digging a new garden bed, mastering an outdoor skill. He shared this passion with his children, who fondly remember being chased from rock to rock on a hillside off the Skyline Drive in a mildly-terrifying game of "Pirate".

Alan's children will remember him as a Dad who would truly engage with them on activities and projects, from cooking gourmet meals, to removing giant stumps; from creative camping activities to developing photographs in the basement darkroom. He invariably put everyone in the household, including visitors, to work, rustling sheep, shoveling chicken manure, burning brush, or splitting wood. He was not a patient teacher, but he was a good one, and he dwelt on celebrating a job well done for as long or longer than he did regretting one that went poorly (except for the purpose of teasing – he loved to remind us of our most epic fails, then would cackle madly). As a grandfather, Alan truly shone when it came to babies, of whom he was surprisingly fond and with whom he was very patient and gentle.

Alan's family would like to extend grateful thanks to the many people who helped to make Alan's final months more comfortable, and simultaneously gave support and peace of mind to his family. Particularly, we'd like to thank Jeff Berger, of Just A Little Help, whose compassionate and skilled care is so deeply appreciated; Dr. Matthew Goodman, who brought calm and practical wisdom to Alan's medical care; to the staff of Rosewood Village, who proved themselves professional, thoughtful, and caring; and to Hospice of the Piedmont, whose services to the community cannot be overestimated.

Alan's charitable efforts during his life were many, but some constant favorites were the Salvation Army, and animal rescue organizations such as the ASPCA. Memorial contributions may be made to any of these with his family's gratitude.

There are no plans for a service at this time.
To plant trees in memory, please visit our Sympathy Store.
Published by Daily Progress from Sep. 18 to Sep. 20, 2020.
MEMORIAL EVENTS
No memorial events are currently scheduled.
To offer your sympathy during this difficult time, you can now have memorial trees planted in a National Forest in memory of your loved one.
GUEST BOOK
7 Entries
Professor Batson was an stoppable force. He headed up academic computing the entire time I was in graduate school at UVA, and when I joined the faculty in the Nursing School us helped us establish a remote computing facility in McCloud Hall, and then helped us connect the Southeastern Rural Mental Health Research Center to the fiber optic network when we were located in Madison House. He made sure that every researcher at UVA had access to the best technology, not just computer scientists. He was a terrific asset to the University during its heyday as a research powerhouse.
Michael Blank
Coworker
September 19, 2020
In loving memory of a wonderful person. We will love you and miss you always.
Judith Batson Bean
Family
September 19, 2020
Alan was kind to me when I applied to graduate school and when I worked for him at the University - both times when it was all to my benefit, not his. He guided so many careers, which adds even more to the already great accomplishments of his own. Maybe it was the accent or the twinkle in his eyes, but he was a charming, funny, and interesting man.
sandy bryant
Friend
September 19, 2020 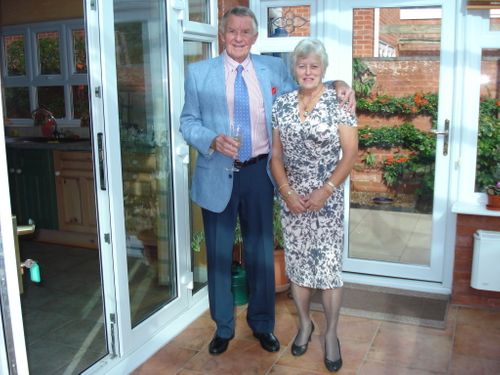 Alan was my eldest cousin who I remember as being a very athletic person but who moved to America when I was quite small.
Mrs Ann Bird
Family
September 19, 2020
So sorry for the loss of your loved one. He was a giant at UVA. Our prayers and thoughts are with you.
Lela Marshall
Friend
September 18, 2020
Alan was simply the best, in everything. He was on the search committee which brought me to UVA. Very quickly, Alan had me in front of the research Faculty Forum, dancing a tune! Although he and I were two professionals, working side by side on many projects, I frankly adored him. Alan had high expectations and was demanding, sometimes irascible, but never anything but kind and reasonable. Ah, Alan, that twinkle in your eye ... rest in peace, old friend. Sending sympathy to you, Alice, and your families. I am so sorry we've lost Alan.
Dolly Jane Prenzel
Friend
September 18, 2020
Alan was my undergrad adviser at UVa and could not have been kinder to me when I was changing majors at the beginning of my 4th year. He is a great loss to the department and the community here.
Virginia Knight
Student
September 18, 2020