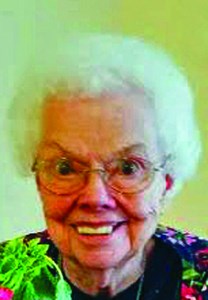 Arthurene "Rena" Bell passed away at her Charlottesville, Virginia, home surrounded by family.

Rena, born in Randolph, Mississippi, was the daughter of Samuel Arthur and Ara Jernigan Gregory. She was preceded in death by her parents, her husband of 56 years, Jerry Emerson Bell, and a son, Robert Gregory Bell.

Rena followed in her mother's footsteps by becoming a teacher, earning a Diploma in Education from Wood Junior College in Mathiston, Mississippi and a Bachelor of Science degree in Math from Lambuth College in Jackson, Tennesse. Rena obtained her Master of Arts in Education in 1976 from Murray State University in Murray, Kentucky. Although Rena did not suffer fools gladly, she had infinite patience with students who struggled with math. She retired from public school teaching in 1987. Although Rena began experiencing memory loss toward the end of her life, she loved to talk about her former students, remembering their names, siblings, and personalities.

Rena and Jerry met while working in the bookstore at Lambuth College and knew almost immediately that they were meant for one another. Jerry credited much of his success as a Methodist minister to Rena, who lived in many parsonages over the years, some "better" and some "worse," and did not complain about sharing him with so many parishioners. They were devoted to God, each other, and to their children.

A funeral service will be held on Thursday, May 20, 2021, at 11:30 a.m. in the chapel of Hill & Wood Funeral Home, Charlottesville, officiated by the Rev. Connie Clark, followed by a graveside service at Holly Memorial Gardens.

In lieu of flowers, contributions may be made in Rena's memory to Love INC of Charlottesville and Albemarle, 198 Spotnap Road, Suite C-1, Charlottesville, VA 22911, or through their website (https://loveinccville.org).

The family would like to thank the staff of RoseWood Village Hollymead Assisted Living and Memory Care for their ten years of loving, dedicated care, and also the staff of Hospice of the Piedmont for their compassionate end-of-life care. Condolences may be made to the family at www.hillandwood.com.