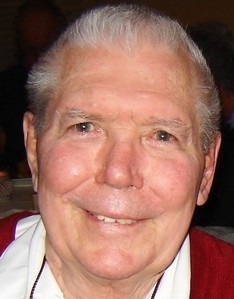 James, 89, of Keswick, Va., left us to be with his Heavenly Father on November 26, 2021. Formerly of Baltimore, Valley Chapel, W.Va., Bladensburg and Greenbelt, Md., and San Jose, Calif.

He was the beloved husband of Georgene Edmunds Turner, father of E.W. Turner and wife, Sheila, and Jennifer Turner-Oliveira and husband, Ed. He is survived by his grandchildren, Jason Sands of Colorado, Kyle Turner of Baha, Mexico, Kaila Turner of South Roxanna, Illinois, Rebeka Turner-Jones of Wichita, Kansas and three great-granddaughters.

Graduated from McDonogh School in 1950, attended University of MD for 3.5 yrs. before joining the Navy during the Korean Conflict. He served in the U.S. Navy for 5 years, 2 onboard SSR 481 as a sonarman. He saw the world while employed by the Electro-Physics Lab, stationed at Pt. Barrow Alaska, Karachi Pakistan, Japan, New Zealand, and Italy. Worked for Ampex Corporation for 30 years, based out of Redwood City, Calif. In 1990, Las Cruces New Mexico, he retired to play golf.

His wish was to donate his body to science. His gift is going to Anatomical Gift Registry in Hanover, Md.

A memorial will be held in a months or two at St. Mark Lutheran Church in Charlottesville, with Pastor Viktoria Parvin. Memory donations may be made in his name to St. Mark Lutheran Church of Charlottesville.
Published by Daily Progress from Dec. 1 to Dec. 8, 2021.
To plant trees in memory, please visit the Sympathy Store.
MEMORIAL EVENTS
To offer your sympathy during this difficult time, you can now have memorial trees planted in a National Forest in memory of your loved one.
MAKE A DONATION
MEMORIES & CONDOLENCES
3 Entries
SORRY TO HEAR OF THE LOSS OF A WONDERFUL FRIEND WE WERE ROOMMATES OUR SENIOR YEAR @ McD. WE PLAYED LACROSSE SEVERAL YEARS. JIM CAME HOME WITH ME ON WEEKENDS, OUR BEST AND LOVE TO YOU GEORGENE
FRED & GINNY MITCHELL
School
December 15, 2021
the greens are great where you are going
Lawrence [Larry] Levine [McD '50]
School
December 14, 2021
Georgene My thoughts and prayers are with you during this time. You and Luvey were so close and you will have those precious memories to carry in your heart. Love you and your family Linda Thomas
Linda Thomas
December 1, 2021
Showing 1 - 3 of 3 results