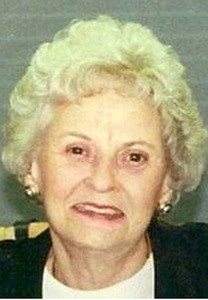 Jane Reid's life spanned an arc beginning on a farm in Belden, Mississippi, to Oxford, Mississippi, to Columbus, Ohio, and eventually settling in her beloved Charlottesville, Va., for the majority of her life. Twelve years ago, she moved to Charlotte, N.C., to be near her two sons and their families.

The couple lived in Columbus, Ohio, from 1947 to 1949 where Starling pursued a PhD in Psychology. Upon earning his degree, the couple moved to Charlottesville where Starling served on the faculty of the University of Virginia.

Jane was the first female deacon at Westminster Presbyterian Church where she was a longtime member. She was one of three founding members of the Community Children's Theatre which was started in 1953. Jane directed many plays, one of them MANY MOONS, at Clark Elementary School. In the late 60's, Jane directed University League members and other adults in plays that toured both city and county schools. In the early 1970s, she stepped up when no one else would to act as President of the Babe Ruth junior baseball league.

An avid and loyal fan of University of Virginia athletics, her motto was "any day is a good day to beat VPI". She rarely if ever missed a football game, having held season tickets for over forty years. Her group took tailgating to another level.

Jane was known for her leadership of the annual midnight New Year's Eve parade around the neighborhood. Once, upon hearing his high school teacher speaking of "these crazy people banging drums and blowing loud horns every year," her son sheepishly admitted that "those crazy people" are his parents.

For 18 years, Jane served as the secretary for Charlottesville District judges George M. Coles and Herbert A. Pickford, each of whom she respected and adored. The feeling was mutual. Lawyers in the area all knew that to see the judge, first they had to go through Jane Reid.

She was dearly loved by many of her sons' high school and college friends. For each of them she was a second mother, a willing and trusted confidant and sometimes a joyful collaborator.

In the 1990's, as her grandchildren arrived, her focus shifted. They loved their "Deegie Jane/Big Jane" and she could always be found either playing with them on the floor or staying up too late reading a book. She looked forward to the annual family beach trips where she taught her grandchildren charades, card games and how to work a crossword puzzle.

Jane was an ardent reader, a keen bridge player and she loved to travel the world, always making friends in every country she visited.

Jane died at Summit Place in Charlotte, peacefully with family by her side on Thursday, November 5, 2020.

The family would like to thank the many wonderful caregivers that attended to Jane over the years. Special thanks to Robbie Draughn, who loyally and lovingly, for 12 years in Charlotte, beautifully handled our "Big Jane's" every need. And to Joan Woodfolk of Charlottesville, who was Jane's early caregiver and friend of the family.

A celebration of Jane's wonderful life will be held at a later date.

Memorial gifts can be made to the Lyne Starling Reid Undergraduate Research Conference at the University of Virginia, P.O. Box 400314, Charlottesville, VA, 22904-4314 or Hospice and Palliative Care of Charlotte, 7845 Little Street Charlotte, NC 28226.

Online condolences may be made at www.HankinsandWhittington.com.
To plant trees in memory, please visit our Sympathy Store.
Published by Daily Progress on Nov. 22, 2020.
MEMORIAL EVENTS
No memorial events are currently scheduled.
To offer your sympathy during this difficult time, you can now have memorial trees planted in a National Forest in memory of your loved one.
Funeral services provided by:
Hankins & Whittington
GUEST BOOK
2 Entries
Deepest sympathies to the family, I have many treasured memories of times spent with Jane and you. I was there when Jane came home from rehab until she left to be with you in Charlotte She will always be fondly remembered. Thelma Whiting Ivy, Va
Thelma Whiting
November 22, 2020
We all so loved your mother and her friendship with our Mom, Mary Moon was truly a gift for both of them. Our love to both boys! I´m so glad that she got to be a part of her grandchildren´s lives. Our Mom died in July so I know that she will welcome Jane with open arms!
Ridie Moon Otey
November 22, 2020