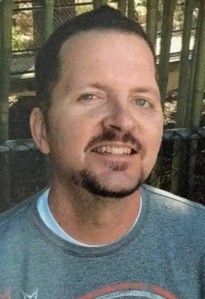 John Keane was a loving and compassionate son, brother, uncle, cousin, and friend. He left this world suddenly on September 2, 2021, at age 48.

He attended Anne Arundel High School before the family relocated to Sarasota, Fla., where he graduated from Riverview High School. He continued his education at Manatee Community College in Bradenton, Fla., graduating in 1993 with an Associate's degree. John attended the University of Central Florida where he lived with his lifelong best friends, Troy Thompson, Billy Sunday and Jerry Jones.

He was a talented athlete excelling at every sport he played. As a high school freshman, he made the varsity baseball team despite never playing little league. He ran track and told anyone who would listen that he could run the 40-yard dash as fast as an NFL wide receiver. John was a natural born golfer. He's the guy you hated because, as a teenager, he could shoot under par on an 18-hole golf course from the men's tee. He was so good at golf in fact, he took a shot at becoming a professional golfer in his thirties. He loved the Washington Football Team and just knew this would be their comeback season. Go Hogs!

John thought himself a daredevil in his younger years. Much to the chagrin of his mother, he owned a dirt bike that he would jump off 50-foot dirt mounds behind his teenage home. His Uncle Chip took John's dirt bike for a spin, powered up, took off and fell right off onto his rear. John is still laughing at that one.

He had no greater passion than his love of music. John dreamed of becoming a techno DJ. He was often found listening to techno beats on his headphones and regularly shared videos of his favorite songs with his siblings. Fortunately for his neighbors (and roommate Scott), he hadn't saved up enough for new turntables.

Family meant the world to John. He cherished spending time with his family, especially his siblings, nieces and nephews. Trekking to the zoo for the twentieth time, crab feasts to celebrate his birthday, arcade outings to play air hockey and numerous visits to aquariums. He was a caregiver to his grandmother Gunny, helping her recover after a difficult surgery. He spent many weekends at the family farm in Charlottesville, Virginia. John loved being outdoors, riding on the tractor exploring the farm and rambling creek with his cousins. He enjoyed taking long walks around his neighborhood, where he discovered the beautiful Rivanna Trail and connected with Jesus in nature.

He was preceded in death by his father, John Kelly Keane Jr. and stepmother, Margaret Keane.

A short graveside ceremony will be held at 9:30 a.m. on Sunday, September 19, 2021, at Riverview Cemetery in Charlottesville, followed by a chicken and waffles brunch, complete with a spicy mayo worthy of John's affection.

In lieu of flowers, donations may be made to the BridgeLine. After three years of rehab following an accident that resulted in John living with a traumatic brain injury, he moved to Charlottesville where he received services at the BridgeLine. The BridgeLine was his ray of hope supporting his independent life. https://www.thebridgeline.org/support/

Condolences may be sent to the family at www.hillandwood.com.