He was born on December 1, 1928, to the late Alma Elizabeth Husband Henley and Joseph Temple Henley in Charlottesville, Virginia. In addition to his parents, Joe was preceded in death by his brothers, Carroll, Bill, and Tom Henley; and his first grandson, Ian Erskine Henley.

Joe leaves behind many close friends including Tom Jenkins of Crozet, Bernie Hall of Norfolk; orchard manager, Arnulfo Torres; and Joe's "Right-Hand Man," Charlie Shifflett. Other close friends include Darla Hicks Henley of Crozet and Jim Mills of Charlottesville. Joe will also be missed by the extended Henley family of "Hillsborough" in Walkerton, Virginia, the Henley family home place on the Mattaponi River where Joe's first cousin, Todd Henley, and his family reside.

Joe attended Crozet High School and Fork Union Military Academy and graduated from VPI&SU (Virginia Tech) in 1951. After basic training in El Paso, Texas, Joe was commissioned First Lieutenant in the United States Army and was stationed in Germany.

Following in his father's footsteps, Joe has owned and operated Henley's Orchard and the Holly Hill Farm cattle operation and tree farm, two miles north of Crozet, for the past 50 years. Joe was named Outstanding Farmer of the Year for Albemarle County in 1961.

Joe had an immeasurable impact on Albemarle County. He served for sixteen years on the Albemarle County Board of Supervisors. He was a member of the White Hall Ruritan Club for 40 years, member of the Crozet Sportsman Club, and was a founding member of the Tuesday Night Supper Club, which met weekly on the farm to discuss the major issues of the County. Joe was a life-long member of Crozet United Methodist Church where he served in many roles including Sunday School Teacher, Pastor-Parish Relations Committee Chairman, Trustee, and member of the CUMC Men's Club.

Joe loved to hunt and fish. His favorite trips were his annual grouse, pheasant, and duck hunting excursions to Minnesota with Joan and to South Dakota with his college roommate, Bernie. He also enjoyed many fishing trips with friends and family to the Eastern Shore near Cape Charles, Virginia. He was always sure to devote time to his family. After church most Sundays, he visited with family, trained his bird dogs, and enjoyed reading. He enjoyed playing the harmonica by special request. Joe felt it was important to teach his children and grandchildren all he knew about farming and about his love of the land. In recent years, he was able to spend even more time with those he loved while his son, Tim, took over the day-to-day operations of the farm.

The family wishes to thank Dr. Duong Nguyen of Martha Jefferson Hospital, Dr. Russell Sawyer of Crozet Family Medicine, Dr. Jennifer Shih of the University of Virginia Medical Center, and the staff of Hospice of the Piedmont.

In lieu of flowers, the family requests donations to the Crozet United Methodist Church Building Fund in honor of Joe.

A memorial service will be held at the Crozet United Methodist Church 4 p.m. Saturday, June 4, 2011.


This obituary was originally published in the Daily Progress.

Published by Daily Progress from May 29 to Jun. 2, 2011.
To plant trees in memory, please visit the Sympathy Store.
MEMORIAL EVENTS
To offer your sympathy during this difficult time, you can now have memorial trees planted in a National Forest in memory of your loved one.
MAKE A DONATION
MEMORIES & CONDOLENCES
26 Entries
My Sympathy to the family. Becky Michtom Virginia Beach, VA
June 7, 2011
Joan, Temple, and Family
My heart goes out to you during this time of sorrow. Joe was truly a great caring and loving man to all who knew him. The road ahead may be rocky but with the love of God, family and friends you will get through. Your strong faith will comfort you and carry you through. You will be in my prayers daily. Joe's light will burn on in heaven.
The Swingler Family
Donna, Devin, Kendal and Bridget
Donna Swingler
June 4, 2011
My sincerest condolences to Joan and your entire family.I have always had a huge amount of respect for Joe and all of his accomplishments.Prayers for you all.
Roger Stalnaker
June 2, 2011
Prayers and peace for you, Temple, and your family. What a blessing your dad was to the Crozet community. He lives on through you and your siblings, your beautiful children and his grandchildren.
The Carmagnola's
June 2, 2011
My heart goes out to all of you in your time of lose and sorrow. I can only imagine that Dad and Joe are up there in heaven on a hunting trip. Joe was truly an honorable gentleman.
With heartfelt condolences, Sandi Burns Dulaney
June 2, 2011
We have lost a man of true integrity. Joe serveed the county many years as a honest, faithful member of the Board of Supervisors. We need more indivisuals like him today.
Carl Van Fossen
June 2, 2011
My deepest sympathy to your family, during this time of sorrow.
As a child my family came to the Henley Orchard, we continued that tradition with our children.
Geraldine Herring Gilbert
Geraldine Gilbert
June 2, 2011
Our thoughts and prayers are with the entire family at this time. A great loss for Crozet and our community.
Donna and Carroll Conley
June 2, 2011
My sincere condolences to the Henley family for the loss of your loved one. Joe was a good friend from our Crozet High School days.
June 1, 2011
The orchards in heaven just got a little sweeter. We will always remember Joe as our first neighbor in Crozet. Our oldest daughter learned to fish in the Henley pond. We will have nothing but good memories of Joe. The Henley family is in our thoughts and prayers.

Mark and Marianna Scott
June 1, 2011
Joe was a wonderful father and husband and a kind person to all who knew him. I wish you strength during this very difficult time and pray for peace for each of you. Kathryn (Hall) Bentley
Kathryn Bentley
June 1, 2011
What a wonderful man and a wonderful life. I always remember going over the mountain for peaches. Sending our thoughts and prayers from Chicago. Much love, Dolan and Ali Marie Geiman (Lisa's son)
Dolan and Ali Marie Geiman
June 1, 2011
I was so very sorry to hear about Uncle Joe's death. I remember him as such a kind-hearted man! I send my most sincere and heart-felt condolences to Aunt Joan, Tracey, Temple, Tim, and Joe! My prayers are with the entire family! I'm thinking of all of you during this very difficult time!
Lesley Dofflemyer
June 1, 2011
We are very sorry for your loss, Temple I will always remember your dad at all those baseball games, he was such a good fan in all kinds of weather, he will be greatly missed by all. Your family will be in our thoughts and Prayers at this time of loss. God Bless
Bobby and Sharon Shifflett
June 1, 2011
I am so sorry for your loss. My thoughts and prayers are with each of you.
Bessie Vess Marks
June 1, 2011
Our hearts are heavy learning of Joe's passing. I enjoyed the many times together. Joe's influence and encouragement did not stop with the boundries of his farm, but extended to the rich history of Albemarle County and the Virginia Apple Industry. He was a kind and gentle man that all respected. I will cherish the memories
of hunting,fishing and marketing apples with Joe. Our prayers of comfort are with the Henley Family.
God Bless,
Ron and Beth Harvey
June 1, 2011
I have fond memories of going to the Henley orchard as a child growing up. I also went to school with Temple, may God bless and help you through this time.
Donna Roach (Carver)
June 1, 2011 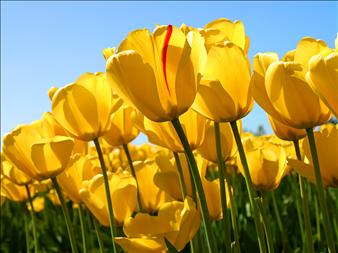 I was very sorry to hear of Joe`s passing. Joe was a great man with a loving family. My thoughts and prayers are with you.
Bobby Mowbray
May 31, 2011
To the Henley family,
"Blessed are they who mourn, for they shall be comforted." Matthew 5:3-5
My deepest condolences to you all. God Bless you and keep you.
Jeannie Tomlin
May 31, 2011
To the Henley family, we are so sorry to hear of Joe's passing. His life is a true testament that one man can make a difference in a community and in the lives of so many people. He will always be rememebred and never forgotten. May you all be blessed in this time of sorrow and know our prayers are with you. Sincerely Pete, Rick Maupin and families.
Richard Maupin
May 31, 2011
Our hearts go out to the Henley family in your time of loss. Joe will now be growing fruits in Heaven. Marsha & Danny Newton
May 31, 2011
Our condolences goes out to the Henley Family at this sad time.So sorry to hear about the passing of Joe.I worked for Joe many years ago.He was a great person and I know he will be missed by all that new him.Our Love and Prayers to this Family as you heal from this loss.God Bless each of you at this time. Nelson & Betty
Nelson&Betty Raines
May 31, 2011
Joe has been such a good neighbor for so many years. His passing is the loss of a truly fine man among us. We thank his family for continuing his kindness and wish them the blessing of peace.
Pat & Ken Ellis
May 30, 2011
Joe was a great leader in our community. He will be missed by all. God give comfort to his family in his passing
Robin Joslin
May 29, 2011
We are very sorry for your loss and are keeping you in our prayers
Randy & Debbie Jones
May 29, 2011
May God bless you and your family in this time of sorrow.
Sandy Mowbray
May 29, 2011
Showing 1 - 26 of 26 results