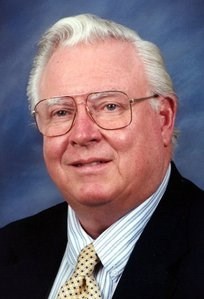 LeRoy passed away on the morning of Thursday, June 3, 2021, following complications from a stroke, his son Eric by his side.

LeRoy was born in Charlottesville, Va. on June 10, 1935. He was the son of Roy V. Bruton and Cleta G. Welborn Bruton, both from Thomasville, N.C. He was predeceased by his parents and by his beloved wife of 59 years, Florence Elizabeth Keller Bruton (Sissy).

LeRoy is survived by his son, Eric S. Bruton and his wife, Kelly. He is also survived by his grandson, Nolan Roy Bruton, his pride and joy and the person he loved most in this world. He would have done anything for Nolan and was a devoted fan of his athletic and academic accomplishments. Watching Nolan practice or play any of his sports was a highlight of his day.

He is also survived by his brother-in-law, Russell R. Keller Sr., of Richmond, Va. and his sister-in-law, Marilyn J. Keller of San Antonio, Texas. Other survivors are his niece, Kathy Keller of Poquoson, Va. and his niece, LeAnn Keller Griffith and her husband, Eric of San Antonio, Texas, and his nephew, R. Rea Keller Jr. and his wife, Alison of Richmond, Va., and numerous cousins including one very special cousin, John L. Welborn of Charlottesville, Va.

LeRoy was raised on the old Highland Avenue where he was brought up to work hard for his success and for his family. He sold programs as a child at UVA football games where his love for Virginia sports began. He also assisted his father in the family barber shop located downtown.

LeRoy was a proud member of Lane High School class of 1953. He was the unofficial class photographer where many a night he stayed up developing film from high school dances so that he could deliver the photos the next morning.

LeRoy attended the University of North Carolina for two years where he was a member of the football team.

After college he returned to work in his father's beauty & barber wholesale distribution business, Bruton's Beauty, located on Fourth St. Two years later he left his father's distribution business to go into home building. In 1962 he had a vision for a development in Albemarle county, later annexed by the city, which became a reality known today as the neighborhood Johnson Village. Johnson Village had many innovations for its day such as the first development to have underground utilities, active preservation of trees and gas lampposts in front of every home. LeRoy took great pride in the assembling of a development team in the early 60's that was unrivalled. He gave much of the credit for their collective success to his team: Randy Wade, Gordon Winfield, Ed Desmond, and others too numerous to mention. And with those work relationships came development of lifelong friendships. LeRoy often lamented the passing of his best friend, Randy Wade.

LeRoy served on the City Planning Commission in the 1970's and assisted in the drafting of the city's subdivision ordinance. He was also past President of the Blue Ridge Homebuilders Association. In 1985 after the death of his father, LeRoy and son Eric assumed control of Bruton's Beauty Supply located on Preston Ave where Legal Aid Justice Center stands today. In his later years, LeRoy went on to be an active owner, investor, and asset manager in commercial office buildings. He remained mentally sharp and was stimulated by his keen desire to understand the art of the deal and the numbers behind it.

LeRoy and Sissy loved to travel and talked often of their two month trip in East Africa and Egypt in the 70's. LeRoy loved camping and Sissy loved whitewater rafting. Floating the Colorado River in the Grand Canyon for twelve days and floating the middle fork of the Salmon River in Idaho were highlights, yet they both equally loved floating the James River. He also enjoyed traveling with his grandson including adventures in Alaska, Italy, Greece, Russia and many countries around the Baltic Sea. He and Sissy traveled extensively following their beloved UVA Cavaliers in baseball, basketball, and football … seldom did they miss an away football game and nearly always made the ACC Basketball Tournament and bowl games. LeRoy, in his later years, loved to play golf as well as fly fishing around the world. He was a proud member of Farmington Country Club for more than 60 years and a member of Keswick Club for twenty years.

Family was everything to LeRoy. Despite being an only child and having one son, his roots were extensive. At one time he had over 50 aunts and uncles. There was nothing he enjoyed more as family patriarch than spending time with his whole family.

Grateful appreciation is expressed to the stroke team, palliative care team, and the medical staff at the University of Virginia Medical Center who provided compassionate care and comfort during his last days.

The family would like to give very special recognition to his two close friends, John Maddux and Greg Wall, and to his first cousin, John Welborn. Gladis Cruz, Tina Aguilera, and Brenda Cruz are also appreciated for their companionship. Last, a grateful family thanks his cardiologist at UVa and friend, Dr. Christopher Kramer, who without his skilled medical expertise LeRoy believed he would not have lived so long. Dad lived every day to the fullest and with assistance from family and friends he got his wish to live independently.

As a result of the Covid restrictions that have now been lifted, there will be a COMBINED visitation and graveside service for both LeRoy and Sissy. The family will receive friends and family from 6 until 8 p.m. on Wednesday, June 16, 2021, at Teague Funeral Home in Charlottesville, Va. Graveside services will be conducted on Thursday, June 17, 2021, at 11 a.m. at Monticello Memory Gardens.

If you wish, please consider a donation to the Salvation Army, 207 Ridge St, Charlottesville, VA 22902 or to your favorite charity in LeRoy's memory.

To plant trees in memory, please visit our Sympathy Store.
Published by Daily Progress from Jun. 13 to Jun. 15, 2021.
MEMORIAL EVENTS
Jun
16
Visitation
6:00p.m. - 8:00p.m.
Teague Funeral Home
2260 IVY RD, Charlottesville, VA
Jun
17
Graveside service
11:00a.m.
Monticello Memory Gardens
, VA
Funeral services provided by:
Teague Funeral Home
MAKE A DONATION
Please consider a donation as requested by the family.
MEMORIES & CONDOLENCES
Sponsored by Teague Funeral Home.
4 Entries
I shopped at Bruton's Beauty Supply, for many years and always felt welcome. I worked for Cricket &Co., Willie's Hair Salon, Hair Graphics, Touch of Class. Eric, my deepest condolences to you and the family, may God continue to keep you in His care.
Debar Fortune
Work
June 17, 2021
May God bless you and your family in this time of sorrow.
Patricia Woolford
June 13, 2021
Hi, Eric...sorry to hear about the loss of your Father. Great guy and businessman. He will be missed by all who knew him. With sympathy, David
David Sloan
June 13, 2021
Eric, so sorry to hear of your fathers passing. I have many fond memories of him and your mother. passing
Herb and Shirley Fischer
June 13, 2021
Showing 1 - 4 of 4 results