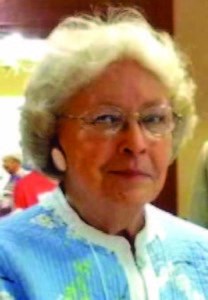 Mary Elizabeth Armstrong Snoddy died on July 12, 2021, at Westminster Canterbury of the Blue Ridge. Mary Elizabeth was born at her grandparent's Augusta County, Va. farm on December 19, 1932, during a major snow storm. Since the roads were impassable the doctor could not get there by car, so he rode his horse across the fields to deliver her. The family moved to Charlottesville when she was two.

She and her husband, Bob, met playing in the Lane High Band, she on oboe and he on bassoon. She graduated as valedictorian of the Lane High School class of 1950. She was one of two women entering the first-year class of UVA School of Education. She was active in student affairs throughout her college career, and served as president of the UVA Women's Student Association. At her graduation in 1954, she was the recipient of the prestigious Algernon Sydney Sullivan Award. She earned a BS in Education and a Masters of Education from UVA.

Mary Elizabeth and Bob were married Christmas Day 1954 in the old Presbyterian Church, which was across Market Street from what was then Lee Park. She was active in the church for many years serving as Deacon, Elder, circle leader, Sunday School teacher, office volunteer and served on numerous committees. She was a Girl Scout for many years, a troop leader while in college and again when her daughter became a Scout. She is a Past President of the Monticello Garden Club. Over the forty years she spent developing her gardens she propagated hundreds of azaleas, giving them to anyone who could use them. She especially valued the lasting friendships made in various bridge clubs.

She was predeceased by her parents, James Alfred and Mary Eliza Cline Armstrong. She is survived by her sister, Shirley Dudley and her husband, Early. She is survived by her best friend and husband of over 66 years, Robert O'Neil "Bob" Snoddy Sr. and their children, Dr. Robert "Neil" O'Neil Snoddy Jr. and his wife, Sheri, Mary Elizabeth "Betsy" Evans and her husband, Lloyd, and James Alan Snoddy and his wife, Parul Parmar; her grandchildren, Charles K. Waddell, Jacob Armstrong Waddell, Katherine Snoddy, Sam Snoddy and Anna Elizabeth (Annabeth) Snoddy; and two step-grandchildren, Siena Sardana and Zach Evans.

Published by Daily Progress on Jul. 14, 2021.
To plant trees in memory, please visit the Sympathy Store.
MEMORIAL EVENTS
Jul
21
Memorial service
2:00p.m.
First Presbyterian Church
500 Park Street, Charlottesville, VA
Funeral services provided by:
Hill & Wood - Charlottesville
MAKE A DONATION
MEMORIES & CONDOLENCES
Sponsored by Hill & Wood - Charlottesville.
2 Entries
To the Snoddy family: I am sorry to hear of the loss of Mary Elizabeth, who I recall so fondly as Mrs. Snoddy from my time as a young boy on Hillwood Place. Mrs. Snoddy was so nice to me when I came around to play with Alan - - she always had a smile and a kind a word. I have fond memories of her making a nice lunch for us, carting us to and from Fairview pool and indulging our game playing, etc. Please accept my condolences and well wishes. I hope your happy memories bring some comfort. Best, Gerard
Gerard St. Ours
Friend
July 20, 2021
Bob. I´m so sorry. You and the family are in our prayers. Mike and family
Michael Snoddy
Family
July 14, 2021
Showing 1 - 2 of 2 results