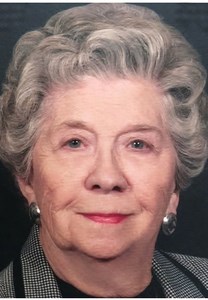 Nina Paige Braswell White Motzno died peacefully at the home of her daughter on Thursday, November 12, 2020, in Charlottesville, Va.

Nina was a 1947 graduate of the Women's College of the University of North Carolina with a degree in Home Economics. In 1948, she took a position as Home Economist in Hertford, N.C., where she met and married Emory White in 1949. After having children, she worked as a social worker until returning to teaching in Perquimans County for the remainder of her career.

When her husband Emory died in 1973, Nina continued her education and earned a Master's degree from UNC-Greensboro in 1978. She married Joe Motzno in 1989 and they were together until his passing in 2014. During their marriage, they lived at Lake Gaston, Rocky Mount and Tarboro, N.C. In 2015, she moved to Charlottesville, Va., to be closer to her daughter's family. She lived independently in a retirement community where she enjoyed social outings and weekly movies with friends. She especially enjoyed family visits, including a large family reunion for her 90th birthday in 2015.

Nina was active in the United Methodist Church throughout her life. She held administrative positions, participated in Bible studies, was a Sunday school teacher and missionary circle member. She was empathetic to others, a life view greatly impacted by her years as a social worker.

Nina had an adventurous streak, traveling to Las Vegas and the Grand Canyon at age 89, taking a dune buggy ride on Jockey's Ridge at her beloved Outer Banks and a hot air balloon ride over the Blue Ridge Mountains. She was relentless in completing jigsaw puzzles or searching for shark's teeth on the beach. Nina was a voracious reader and belonged to local book clubs wherever she lived. Using her iPad, she loved to stay connected to friends and family. She had a wonderful smile, a gentle spirit and a great sense of humor. When asked about her life's accomplishments, she stated that raising her children brought her the greatest happiness.

Friends may sign the online register, view her obituary and photos and view memorial contribution preferences at www.millerfhc.com.