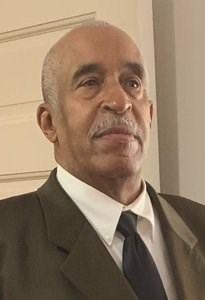 He was born on November 7, 1944 to the late Dallas and Clara "Rendy" Arrington of Madison. Preceding him in death were his wife, Annette Elizabeth Arrington, and his siblings, Dallas Jr., Shirley Ann, Samuel, Jimmy, James Bill, Joseph and George Arrington.

Paul was baptized at an early age at Mount Calvary Baptist Church in Haywood, Virginia. He received his education at Carver High School in Rapidan, Virginia where he became the first athlete in the family. He was noted to be a talented football and baseball player. He was included in the book, "Sunday Coming" which featured Negro League baseball players. Paul was also a certified master tool and dye maker for over 30 years. During his tenure with Siemens, he traveled to several states to train other aspiring tool and dye makers.

Funeral Services will be held on Tuesday, January 18, 2022 at 12 p.m. at Antioch Baptist Church, 1165 Mud Road, Madison, Va. with visitation one hour prior. Interment to follow in the church cemetery.