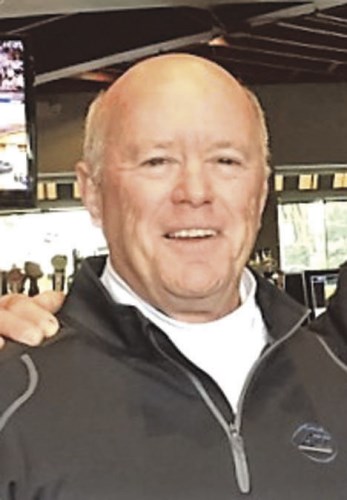 Richard "Doug" RhoadsOne of the most beloved figures in college football officiating, Richard "Doug" Rhoads, passed away on Friday, May 6, 2016, after a brief battle with pancreatic cancer at his home in Southern Shores, N.C., Doug was 71.He was born on November 28, 1944, in Miami, Fla. to the late Marion Douglas Rhoads and Richard D. Rhoads. He was also predeceased by his son, Randy.Rhoads began officiating in the ACC in 1977 and spent 29 years on the field as a back judge working nearly 275 games, including 10 bowl games. He officiated some of the most prestigious games including a number of top ACC contests involving bowl and conference championship contenders.Following a distinguished career on the field, Rhoads took over as the ACC Coordinator of Football Officiating in January 2007. In his role as Coordinator, he created the league's game day operations center, established a variety of high tech systems to respond to coaches and officials, developed a system of evaluations and ratings, oversaw the expansion of the football officiating staff and revolutionized the training process for all officials regarding rules, mechanics and philosophy. In addition to his work with the ACC, Rhoads served as the Coordinator of Football Officiating for the Big South Conference. He also participated in a variety of NCAA Rules & College Football Officiating (CFO, LLC) committees.Upon his retirement from the ACC and Big South, Rhoads served as a football rules analyst for ESPN and NBC Sports, providing rules explanations and on-air analysis during broadcasts.In addition to officiating, Rhoads was a Vietnam veteran andhad a notable career in law enforcement and security. After graduation from the University of Florida in 1966with a degree in journalism, he becamea captain in the U.S.Army (1966-1969)and served in Vietnam (awarded the Bronze Star, Air Medal and the Republic of Vietnam's Medal of Honor). He thenserved as an FBI Special Agent for more than 25 years (1969-1995)before becoming the Deputy Chief of Police of Albemarle County in 1995. Following his service as Deputy Chief of Police, he was the Vice President of Operations at MDB International for five years.Rhoads is survived by his wife of 23 years, Denise; children, Katherine Henyon and husband, Brett, Rob Rhoads and wife, Molly, andStephanie Stringfellow; sister, Marianne Fuehr;and grandchildren, Logan,Ryan, and Randall.Special thanks to Dare County Home Health and Hospice, North Carolina.A memorial service will be held at 3 p.m. on Wednesday, May 18, 2016, at First Presbyterian Church, with the Rev. Dr. David Forney officiating. Interment with military honors will follow at Holly Memorial Gardens. His family received friends on Tuesday, May 17, 2016,from 4 until 7 p.m. at Hill and Wood Funeral Home.In lieu of flowers, memorial contributions may be made to the UVA Pancreatic Cancer Research, Attn: Dr. Todd Bauer, P.O. Box 800709, Charlottesville, VA 22908. Friends may send condolences to his family at www.hillandwood.com

Published by Daily Progress on May 12, 2016.
To plant trees in memory, please visit the Sympathy Store.
MEMORIAL EVENTS
To offer your sympathy during this difficult time, you can now have memorial trees planted in a National Forest in memory of your loved one.
MAKE A DONATION
MEMORIES & CONDOLENCES
0 Entries
Be the first to post a memory or condolences.