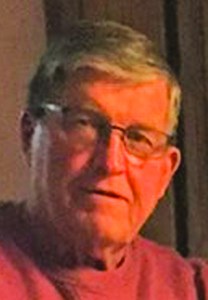 Robert Nicholas Romanac, 81, of Charlottesville, passed away on November 18, 2021. Robert was born on October 31, 1940, in Bellmore, New York, to the late Martin J. and Elfrieda Romanac.

Robert joined the Charlottesville Police Department in 1956 and retired in 1996. Bob was the School Resource Officer at Charlottesville High School from 1982 until his retirement in 1996. While Bob was at the high school, he was also the advisor of the Charlottesville Police Explorer Program. Many of the explorers he advised became active in law enforcement and became successful in their careers. He also coached wrestling at Lane High School and became Head Wrestling Coach at Charlottesville High School. Bob was the President of the Piedmont Shrine Club and President of the Fraternal Order of Police. Bob's favorite time of the year was Christmas when he played Santa Clause in the community and at the Annual F.O.P Children's Christmas Party.

In addition to his parents, Bob was preceded in death by his brothers, James A. Romanac, Martin R. "Sonny" Romanac, and Nicholas J. Romanac.

In lieu of flowers, memorial contributions may be made to the Shriner's Hospitals for Children.

A visitation will be held Wednesday, December 1, 2021, from 5 until 7 p.m. at Teague Funeral Service in Charlottesville. A funeral service will be held 11 a.m. Thursday December 2, 2021, at the funeral home followed by interment at Holly Memorial Gardens.

Published by Daily Progress on Nov. 28, 2021.
To plant trees in memory, please visit the Sympathy Store.
MEMORIAL EVENTS
To offer your sympathy during this difficult time, you can now have memorial trees planted in a National Forest in memory of your loved one.
Funeral services provided by:
Teague Funeral Home
MAKE A DONATION
Please consider a donation as requested by the family.
MEMORIES & CONDOLENCES
Sponsored by Teague Funeral Home.
8 Entries
Todd and Family I was so sorry to hear about the home going of your dear father. May the Lord continue to keep you all in his loving care during this time. Praying for you all. Blessings
Veronica Wilson
Other
December 9, 2021
Bob was my wrestling coach, as well as my explorers adviser. He was the very definition of a positive role model in my life. I looked up to him about as much as my own father. He had such a tough exterior, but was funny and kind once you got to know him. He will be missed and my thoughts and prayers go out to his family.
Jason Richards
School
December 3, 2021
Was the nicest person. Will be truly missed. My prayers are with his family!
Olethia Morris
Other
December 2, 2021
My sincerest condolences to Mrs. Romanac and family. I worked with Bob while I was teaching at CHS. I also had the honor of coaching wrestling with him for several years during that time period and spent several summers painting houses with him. We both always seemed strapped for cash. Bob was an honorable man, straight up, giving, and cared deeply for the students. He spent much time with students who were having difficulties, counseling and being a support, often after contract hours. His work at CHS as a School Resource Officer was, in my opinion, the greatest support to the students. He always listened and respected their opinions, even when they may have been in the wrong. The Police Explorer post gave many young people a vision of what policing was about. He was clear about what he believed, and always looked for the good in others, even when enforcing the law. Being much younger we often had different perspectives. This did not get in the way of a positive relationship and many laughs. His work with civil and charitable organizations is to be lauded. Charlottesville will be missing an important person who thought of others before himself. I know I will miss him, may you live on in our thoughts and memories, Bob.
Dr. Mark Kindler
School
November 29, 2021
Thank you for offering us you Mr. Romanac. You kept those of us who worked at CHS and our students safe. God bless your family as they cherish your loving memories. Thank you
Marie Tyson Fisher
School
November 29, 2021
Very Good Man , One Fine Cop ,He will be missed
Jay Bartlow
Friend
November 29, 2021
So very sorry to read of the loss of a good friend and wonderful man. He was my training officer when I joined the Charlottesville Police Dept. A very gentle man. He was Santa to so many children. His passing is a loss to so many. Sending prayers to his family. My son "Corky" was one of his wrestling students at CHS. and thought so much of him. The Heavens has gained a special person.
Julie Pace
Friend
November 29, 2021
I am sorry to hear of Bob's passing. I was an athletic trainer at CHS for the wrestling team. Bob was a great coach and a nice man. He will be missed by all who met him.
Terri Corcoran
School
November 28, 2021
Showing 1 - 8 of 8 results