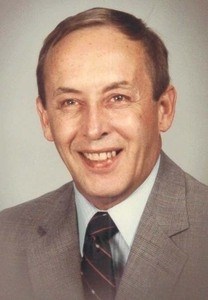 Bob was a 1951 graduate of Clearfork High School and attended Maryville College, Maryville, Tenn. He served in the United States Army in Europe during the Korean War and worked in the intelligence branch of the Army Security Agency and the CIA. He was recalled during the Cuban Missile Crisis during which he was stationed at Key West Naval Air Station monitoring Russian submarines.

Bob was the Vice President over sales at the Rotary Printing Company in Norwalk, Ohio for 26 years. In 1989, he moved to Charlottesville, Va. where he worked at Piedmont Farms and Graphics until he retired and moved to Bergoo.

Online condolences may be made to the family at www.doddreedfh.com.

To plant trees in memory, please visit our Sympathy Store.
Published by Daily Progress on Nov. 11, 2020.
MEMORIAL EVENTS
No memorial events are currently scheduled.
To offer your sympathy during this difficult time, you can now have memorial trees planted in a National Forest in memory of your loved one.
Funeral services provided by:
DODD & REED FUNERAL HOME
GUEST BOOK
2 Entries
Bob was my cousin and we joked with each other for many years about being #1 in the family. I missed seeing Bob and now I will miss him more. He was a great man and served this nation with HONOR AND RESPECT. I never heard a unkind word from him about anyone. R.I.P. CUZ. I'M STILL #1.
Carl. #1. HAHA
November 12, 2020
Rest in peace, Bob. Well deserved.
Lois Perry
November 11, 2020