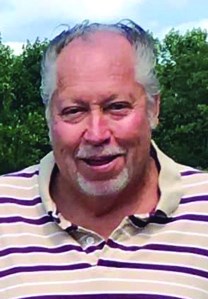 Ronald L. Lewis of Browns Cove, Va., passed away at his home on Saturday September 12, 2020. Ronald was preceded in death by his mother, Florence Lewis; and sisters, Debbie Frazier and Mary Davis.

He is survived by his loving wife, Susan Lewis; one son, Calvin Lewis; sister, Anna Sasser, and a host of nieces, nephews, great-nieces and great-nephews.

Ronnie had many things that brought joy to his life. He and his wife both enjoyed gardening and were quite good at it. They also raised and hatched their own chickens. He enjoyed the outdoors, hunting, driving dump trucks, and was employed with Allied Concrete for 28 years, where he operated a cement mixer.

But, most of all I'd have to say, his son brought him the most joy. He talked about him constantly. Mostly about his accomplishments with his horse Dollywood. Last, but not least Midnight, the mysterious black cat that appeared out of no where or so that's how the story goes, only Ronnie knows the real story.

Ronnie will be cremated, however the family is not planning on having a service at this time.

The family would like to thank everyone for their calls, emails, and meals!
To plant trees in memory, please visit our Sympathy Store.
Published by Daily Progress on Sep. 18, 2020.
MEMORIAL EVENTS
No memorial events are currently scheduled.
To offer your sympathy during this difficult time, you can now have memorial trees planted in a National Forest in memory of your loved one.
GUEST BOOK
20 Entries
Missy and I will miss Uncle Ronnie very much. He was a wonderful uncle and our favorite uncle. I will miss his weekly phone calls to check in with all the events going on in Wisconsin. Missy and I have talked about the fun times we had with Uncle Ronnie and how he would laugh and tell us stories. I can still hear his voice and laughter. We will remember all the good times and laughter and will keep his memory alive by telling our grandchildren stories about him and share all of the photographs we have. Calvin-he was very proud of you and would keep me posted on your accomplishments. He loved you a lot. Sueann-I know he loved you and appreciated all of the sacrifices you made for him. You made him laugh, which is important in a marriage. Uncle Ronnie will be missed. Love Linda and Missy
Linda and Missy (nieces)
September 24, 2020
Ms. Susan oh my heart goes out to you and your family. I sure missed seeing you both. I hope you remember me from the Doctors office in Crozet, front desk. If you need anything please let me know and I will do what I can. I am at PT Plus in Afton.
Cheryl Campbell
September 23, 2020
Grief can be so hard, but our special memories help us cope. Remembering you and your loved one today and always.
Edward F Lewis
Family
September 20, 2020
I'm so sorry for your loss, Ronnie was a wonderful man. I knew him from childhood. He always had a smile on his face.
Willma B Click
Friend
September 19, 2020
Prayers go to Susan and Calvin.
Nancy Craddock
Friend
September 19, 2020
Calvin, my thoughts are with you and your lovely mom from afar.
Kristina Goings
Friend
September 19, 2020
My condolences to the family. May he rest in peace.
William Gregory Howard
Family
September 19, 2020
Words cannot express the sadness I feel. Sue Ann & Calvin I am truly sorry for your loss. My thoughts & prayers are with you everyday. Ronnie was one of the nicest people & definitely highly respected. I will always have love for you all.
Betty Nosar
Friend
September 19, 2020 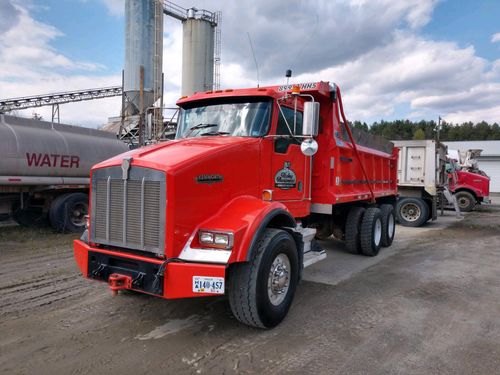 Mrs. Lewis and Calvin,
My heart breaks for the two of you. We had the wonderful opportunity of having Ronnie as our number one truck driver. There will never be another Mr. Lewis, through the years our family and the Lewis family became one big family. We talked almost everyday even though Ronnie wasn't driving for us anymore. A piece of our hearts will be missing now that he isn't here. We will miss that mischievous grin that he always had on his face. Please know that if you two need anything we are here for you and we love you both. Many blessings in the days ahead. Love Cj, Crystal, Zoey, and Ivy Hubbard
The Hubbard Family
Friend
September 18, 2020
God's speed Ronnie.I remember the days of our childhood growing up . Prayers for your family and your wife and son.
Ben McCauley
Friend
September 18, 2020 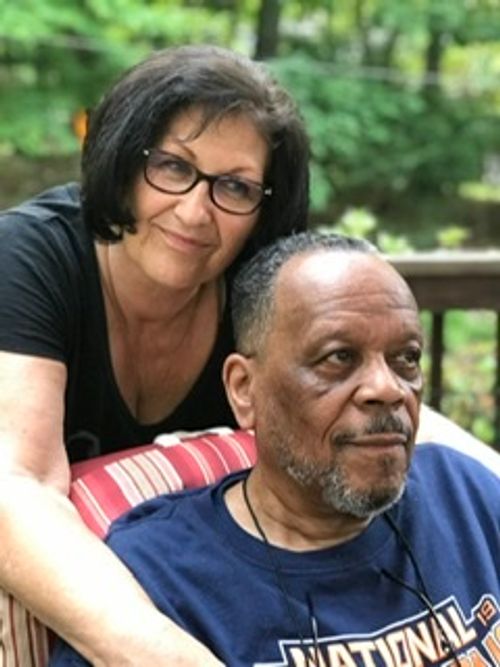 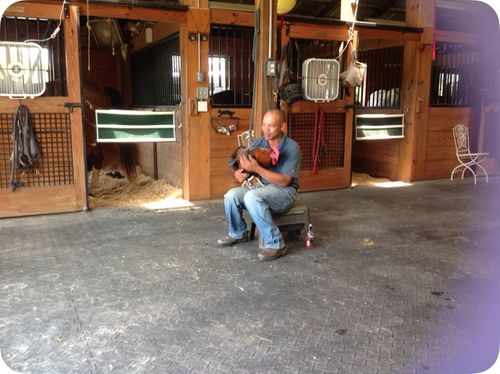 Ronnie’s love for his family has always been inspiring and heartfelt, and his love for animals Exceptional....he took a rooster named Drumstick and made him his own!
Sandy Kendall
Friend
September 18, 2020
Sue and family, I am so sorry for your loss of Ronnie. Always had great times with my extended family. I worked Construction so Ronnie and I saw each other frequently. Much love to you from me and the Holsapple family. Rest in Peace my friend.
Shelia M Gentry
Friend
September 18, 2020
Susan and Calvin
I'm so sorry to hear of your loss. Keeping your family in my thoughts and prayers.
Lucille Steppe Kennedy
Family
September 18, 2020