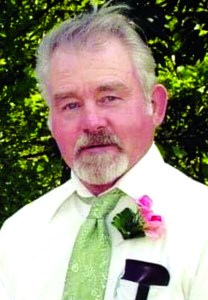 He was born on December 22, 1946, in Fauquier County, the son of late George E. and Mary Shifflett Knight.

Ronnie was predeceased by his sisters, Doris Blanchfield and Barbara Sandridge, and brother, Alvis Knight.

Ronnie enjoyed feeding his birds, playing bluegrass music, and tinkering with mowers, cars, trucks and pretty much anything he could get his hands on. He was known as the man who could fix ANYTHING. He had a strong love for watching his grandkids play, and talking with them about hunting, fishing and baseball. They were the light of his world. He enjoyed treasure hunting at thrift shops, Goodwill and was a collector of many things.

A celebration of life service will be held for all family and friends, Thursday, July 22, 2021. The family will receive friends and visitors starting at 5:30 p.m. with a service beginning at 6 p.m. at the Free Union Lodge Hall, 4460 Wesley Chapel Road, Free Union, VA 22940.

Published by Daily Progress on Jul. 20, 2021.
To plant trees in memory, please visit the Sympathy Store.
MEMORIAL EVENTS
Jul
22
Visitation
5:30p.m.
Free Union Lodge Hall
4460 Wesley Chapel Road, Free Union, VA
Jul
22
Celebration of Life
6:00p.m.
Free Union Lodge Hall
4460 Wesley Chapel Road, Free Union, VA
Funeral services provided by:
Anderson Funeral Service - Crozet
MAKE A DONATION
Please consider a donation as requested by the family.
MEMORIES & CONDOLENCES
Sponsored by Anderson Funeral Service - Crozet.
10 Entries
Sure was sorry to hear of Ronnie passing . I knew Ronnie for an awful long time and he was a very good person . Best of luck to his family .
Wayne Woodward
July 22, 2021
Patricia, Sorry to hear about the passing of Ronnie. He was a wonderful husband and family man. My mom and dad thought the world of him. He will be greatly missed. Wayne Daytona Beach, Fl.
Wayne Wilberger
Friend
July 22, 2021
Pat Tony,Kevin,Patrick,Sherry. And all the Grand Children,and the spouse's. I always have prayed every night for you all but this past days I have prayed an extra prayer for you all, that God will give you all the strength to get through this loss. It's hard I know ,but remember all the great times you all had and just think that one sweet day you will see your husband,dad and grandfather. again. We will miss Ronnie very much. I'm glade I had the pleasure to have known Ronnie since I was six and had the pleasure to camp with you all a few times in my child hood years,and share Christmas and Easters with you. Rip Ronnie till we meet again
Trisha, Keith,Hunter and Logan
July 21, 2021
Sorry for your loss, Ronnie was a great friend
Freeman lamb
July 21, 2021
So sorry for your loss he will be greatly missed.
Harold & Debbie Wood
Friend
July 21, 2021
We are so sorry for your loss, We didn't know Ronnie very long but enjoyed the time we talked at the fair. He was a very nice man,
Gary and Shirley Deane
July 20, 2021
We will miss Ronnie. He was a fine man and a good neighbor. Whenever I had a chat with him, I always came away with a smile. Our condolences to the family.
Wayne and Mary Stinnette
July 20, 2021
Patricia, I am so sorry for your loss. My condolences to you and the family.
Helen (Haney) Lysy
July 20, 2021
Sorry for your loss. My thoughts and prayers for all the family. He was a great man and will be missed
Debbie Blackwell
July 20, 2021
I am so sorry about your family´s loss!
Teresa Archer
July 20, 2021
Showing 1 - 10 of 10 results