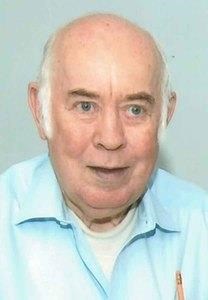 William Donnell (Don) Willock, 87, of Ruckersville, Virginia, passed away after a long illness on Friday, July 9, 2021, at Rosewood Village at Hollymead in Charlottesville, Virginia. He was born on June 25, 1934, in Montreal, Quebec, Canada and was the only child of the late William Niven Willock and Margaret Burrows Anders Willock.

Don attended Sir George Williams University in Montreal, Canada. He began his career as a draftsperson in Montreal before emigrating to California where he worked in the aircraft industry until his retirement. From 1956 to 2004, Don spent his career designing cameras for airplanes, as well as other mechanical parts for various purposes. During that time, he was proud of his volunteer work with the Rose Bowl Parade organization.

He married Carol Hodgkin in 1976; they divorced 21 years later, although they remained friendly until her death.

After retirement in California, Don relocated to Virginia in 2005. Being an industrious person, Don began a second career working with Sperry Marine for a number of years until his final retirement. An avid woodworker and draftsperson, Don enjoyed working in his home woodworking shop, completing many projects and models, and drawing plans for future projects.

In retirement, Don generously donated his time and talents to helping build three Habitat for Humanity homes in Greene County, serving on the Governing Board of Greene Alliance of Church/Community Efforts (GRACE) and helping Feeding Greene Food Pantry.

He will be greatly missed by his dear cousin Judith Campbell of Saint Lambert, Quebec, Canada and his good friend, Doris Swenson, of Stanardsville, Virginia. In addition, he will be remembered by many other cousins and friends in both the United States and Canada, including his former stepson, Chris Hillock of San Diego, California.

Thanks are extended to the staff of Rosewood Village for their excellent care these last years and to Hospice of the Piedmont for their compassionate care in his final days. A very special thank you goes to Doris Swenson, his "Guardian Angel", for her wonderful care of Don—the number of good deeds she has done for him are so numerous they are impossible to list.

A memorial service will be held at 10 a.m. on Friday, July 16, 2021, at Blue Ridge Presbyterian Church, 6566 Spring Hill Road, Ruckersville, Va. with the Rev. Walter Canter officiating. A private graveside service with interment will be held at a later date in Mount Royal Cemetery in Montreal, Quebec.

Condolences may be sent to the family online at [email protected]

To plant trees in memory, please visit our Sympathy Store.
Published by Daily Progress on Jul. 13, 2021.
MEMORIAL EVENTS
Jul
16
Memorial service
10:00a.m.
Blue Ridge Presbyterian Church
6566 Spring Hill Road, Ruckersville, VA
Funeral services provided by:
Preddy Funeral Home
MAKE A DONATION
Please consider a donation as requested by the family.
MEMORIES & CONDOLENCES
Sponsored by Preddy Funeral Home.
3 Entries
Rest in peace my grumpy ol man. I'll miss hearing your stories about your mom & dad. Also the stories about helping on the farm.
Rebecca Lamb( caregiver at Rosewood)
Work
July 13, 2021
Don, you were a friend, neighbor and Habitat colleague here in Greene County. We were very fortunate to have you in our community. Go well, dear friend, you are already missed, but not forgotten.
Bill Martin
Friend
July 13, 2021
It was an honor to care for Mr. Willock, he was a delightful, witty man with a dry sense of humor! We'll miss him here. God speed Mr. Willock
Sharon Britt, Executive Director at RoseWood Village
Other
July 13, 2021
Showing 1 - 3 of 3 results