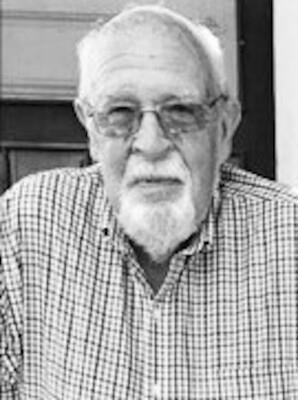 Mount Tabor - C. Ronald Dickerson passed away peacefully in the comfort of his home in Mount Tabor on Saturday, August 14, 2021. He had shared 87 years of unconditional love creating priceless memories with family and friends. Ron left this world a better place than he found it.

Born in Dover and raised in Denville to the late Claude Elmer and Helen Mar Dickerson, he was one of two children to bless their household. He graduated from Boonton High School before attending Rutgers University where he was a member of the Army ROTC while he earned his Bachelor's Degree in Business Administration. Ron proudly served our country in the United States Army, both in the Army Reserves and in active duty as Company Commander in Fort Benning, Georgia. He was honorably discharged as a Captain.

He married Marie Riker Ober, on February 3, 1957 and they settled into Mt. Tabor to begin a family of their own. They have remained a staple in their community ever since. He was a faithful member of the United Methodist Church at Mt. Tabor, and he served many years on the the Camp Meeting Association Board of Trustees. He thoroughly enjoyed belonging to the Mt. Tabor Historical Society, the Garden Club, and the Friends of the Library. He believed in staying active and was known in the community for helping others.

The Dickerson family has owned and operated the space most recently known as the Foodtown of Denville for five generations. It began in 1893 as Dickerson's Market and had several name changes throughout the years but the entire shopping center still holds the beloved name, Dickerson's Corner. In 2018, Ron officially retired after 70 years of running the business. Many community members recall Ron hiring them for their first job. He was privileged to work along side his grandfather, father and son, as well as his daughters and granddaughters.

Ron worked hard and played hard. His passions included horseback riding, skiing, camping, canoeing, scuba diving, gardening, and traveling. However, above anything else, his love for his family was unrivaled. The sun rose and set on his beloved wife, children, nine granddaughters, four great-grandchildren, sister, and friends that became family. He knew the true meaning of life was about the people you meet and the memories you make. To say he will be sorely missed is such an understatement. He will forever be treasured and remembered in our hearts and memories and his legacy of hard work and devotion will continue on for many generations to come.

Ron will be laid to rest privately in Denville Cemetery. A Celebration of Life will be held at a later date when it is safe to do so. Memorial Donations are being accepted in Ron's memory to The United Methodist Church at Mount Tabor, 5 Simpson Avenue, PO Box 29, Mount Tabor, NJ 07878. Please visit www.normandean.com to leave a condolence that his family will cherish forever.


Published by Daily Record from Aug. 18 to Aug. 19, 2021.
To plant trees in memory, please visit the Sympathy Store.
MEMORIAL EVENTS
To offer your sympathy during this difficult time, you can now have memorial trees planted in a National Forest in memory of your loved one.
Funeral services provided by:
Norman Dean Home for Services, Inc.
MAKE A DONATION
MEMORIES & CONDOLENCES
Sponsored by Norman Dean Home for Services, Inc..
5 Entries
Never easy. Best Wishes.
Douglas Morrison
Work
October 17, 2021
Marie I will remember the day you and Ron bought condo in Ocean City and I was working security and we talked ,laugh and we got to know each other and it was your first day moving in the Irene Condominiums.Rest In Heaven Ron
Ivory & Christine Smith
October 6, 2021
Jeff and Family, My deepest sympathy for the loss of your dad. He was such a nice, kind man. And of course, one of the best bosses I ever had! Prayers, strength and love to you all.
Tammy Wilcox
August 29, 2021
always enjoyed speaking with ron at heart ron, was a gentlemen, a Good man. rest in peace ron.
nick saccamano
August 20, 2021
A pillar of the Mt. Tabor community - Rest in Peace, Mr. Dickerson. Prayers for strength and healing to the family.
Lisa Kowalski
August 20, 2021
Showing 1 - 5 of 5 results