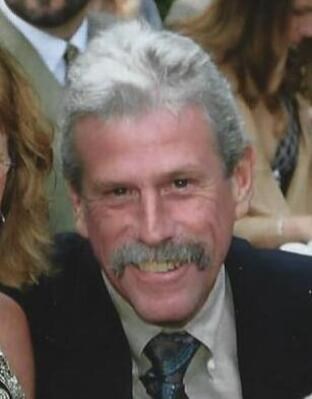 Ocean Township - Gerald R. Fox, Jr., 69, of Ocean Twp., NJ passed away surrounded by family on August 24, 2021 at home. Gerry was born in Baltimore, MD, the son of Mary and Gerald R. Fox, Sr. He was a graduate of St. Bernard's School in Gladstone, NJ in 1970 and Glassboro State College in 1974. He later received a Master of Science degree from Eastern Kentucky. He was a resident of Denville, NJ for 39 years before moving to Ocean Twp., NJ in 2018.

Gerry in 2013 retired from the Mountain Lakes School District having been employed as Athletic Director, physical education and health teacher, soccer coach and golf coach. In 1980, he was employed by the Savannah Braves AA Professional Baseball Club as assistant general manager and stadium operations director. In 1982-87 he was employed by Tulane University as director of the sport management program, internship coordinator, instructor of physical education, and mens soccer coach. The beginning of his teaching career began in Jefferson Twp., NJ in 1974. In 1995 he was inducted in to Gill St. Bernard's Alumni Athletic Hall of Fame and later in 2017 the NJ Scholastic Coaches Association Hall of Fame.

In retirement he was an avid golfer, a playground aide at Wayside and Wanamassa Elementary Schools. In his youth he was an excellent athelete and shared his knowledge with future generations. Not many games were missed watching his grandsons.

He is survived by his wife Meredith of 30 years; his stepdaughter, Alyson L. Collins and her husband Ronald of Ocean Twp., NJ; his sisters Betsy Birch of Dover, NJ and Patricia A. Gale of Succasunna, NJ; his grandsons Aiden and Brody Collins; his nieces and nephews Brian Birch, Meghan Birch, Shaun Birch, Ryan Birch, Colin Birch and his wife Hazel, Caitlyn Dodd and her husband Will, Connor Birch, and Ryan Gale and his wife Katie; and his greatnieces and nephews Corey, Kaleigh, Brody, Dylan, Nina, and Jolene.

There will be a celebration of Gerry's life at a later date. Memorial donations may be made to your favorite charity. For online condolences, please visit www.bongarzonefuneralhome.com

Published by Daily Record & Asbury Park Press from Aug. 25 to Aug. 29, 2021.
To plant trees in memory, please visit the Sympathy Store.
MEMORIAL EVENTS
To offer your sympathy during this difficult time, you can now have memorial trees planted in a National Forest in memory of your loved one.
Funeral services provided by:
Bongarzone Funeral Home
MAKE A DONATION
Please consider a donation as requested by the family.
MEMORIES & CONDOLENCES
Sponsored by Bongarzone Funeral Home.
2 Entries
Was our baseball coach at Jefferson for one year and we still quote him to this day. Laughed our butts off. The kind of coach you wish you could go back and have a beer with because as kids we didn't appreciate him. RIP.
Nick Fiorita
School
September 24, 2021
My deepest condolences to your family Rest In Peace. Many laughs working with you at mountain lakes school district. You will be missed
Carol Petito Biederwolf
September 7, 2021
Showing 1 - 2 of 2 results