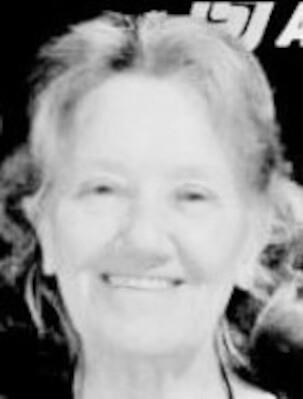 It is with deepest sadness that we announce the passing of Lois Agnes Bednar (nee) White on Sunday, August 22. Lois passed away peacefully at home surrounded by family. Although she will be missed, we are comforted knowing she is with her husband Matt of 64 years who passed 1 month and 1 day prior.

Lois was born in Dover, April 9, 1936. She was raised in Boonton; and after marriage, she and Matt raised their 7 children in Montville.

Lois, in her younger years, had a talent for drawing. In school she was a cheerleader. She had many lifelong friends including, but not limited to, Denise Drugac, Fran Mackin, Joyce Lance, Janet Bentley, Jean Glennon, Ginny Dolce, Shirley King and Sally Regan.

Lois was an LPN, but mostly enjoyed raising her family. She had also worked for KayPENTAX in later years, where she shared in the comradeship with other employees along with her daughter who worked there as well.

Lois was predeceased by her husband Matthew, her parents Agnes and William, and her brother William.

She was the adored Great Grandmother of Frankie Chiocca, Macy and Lucian Gonzalez.

In lieu of flowers the family requests donations be made in the name of Lois to St. Jude Children's Research, 501 St. Jude Place, Memphis, TN 38105. Letters of condolence may be posted at danglerlewisandcareyfuneralhome.com