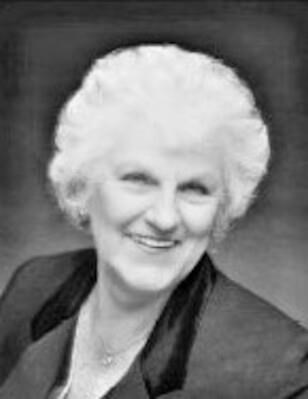 The world is surely not quite as bright today as it was before August 23rd, 2021 when Marie Ellen Dunne Frye, truly a ray of sunshine and good cheer, left this world to join her beloved husband Carl, her devoted brothers Francis, James, Robert and Thomas, as well as her loving sister Kathleen, and her treasured parents James and Mary, to spend eternity in Heaven with the Almighty Father, his Holy Son Jesus and the Virgin Mother Mary.

Marie was born on December 7th, 1929 in North Hampton Massachusetts, the youngest of six. A child of the depression, they did not have many material possessions, but she was a much-loved child who was cheerful and spirited and truly befriended everyone she met. She graduated from St. Michaels High School, where she was the captain of the cheerleading squad. She told stories of growing up swimming in the Connecticut River and riding the train to Holyoke and Springfield, but never travelled out of Massachusetts. As a sweet and lovely Irish Lass, she had her fair share of suitors, but no one caught her eye until she met a handsome Air Force pilot named Carl in the summer of 1951. It was love at first sight, and they married in May of 1952.

Marie left Massachusetts for the first time to honeymoon in Daytona Beach, and she and Carl returned to Florida many times, eventually purchasing a place on the ocean in Vero Beach. But after the honeymoon, Carl's military career took him to Anchorage, Alaska. The newlyweds travelled to the wilderness of Alaska, 4,500 miles from the only home Marie had ever know. It was a lonely life at times, at least until the first of six children, a son, arrived in February of 1953. They would add two more sons as well as three daughters over the next 12 years. When Carl began his career with Eastern Airlines, the couple moved to a little home on Long Island where they spent several years. But longing for more space for their growing family, they moved to a home on several acres in New Vernon, NJ. Leaving her friends and neighbors was difficult for Marie, but she settled in quickly and embraced her new community, church and school. She was a member of Christ the King parish for nearly 60 years. After her children were nearly grown, she pursued a career as a unit secretary at Morristown Memorial Hospital, and loved every minute!

She and Carl enjoyed traveling, and she spent time in Europe and South America as well as extensive travel throughout the United States. Although they owned properties in several states, New Jersey was always home. Again, she collected friends where ever she went. Of her many talents, her most impressive was shopping. She was a world class bargain shopper. She delighted in stocking up on the day-after-Christmas sales. And she loved hunting for treasures in second-hand stores. Once, when she has not been to a favorite shop in longer than usual, the proprietor called to make sure she was okay.

After her husband's passing, and as her grown children left New Jersey one by one, she decided to spend her final years close to family in Alpharetta, Georgia. She leaves behind her six children; Kevin (Marilyn), Colleen Dukes, James (Loree), Mary Ellen Kobold (Steve), Cynthia McIntosh (Mark) and Tim (Mimi). She will be dearly missed by her nine grandchildren Craig Dukes, Sara Johnson (Eric) Justin Frye (Valerie), Laura Nanson (Ben), Karen McIntosh, Allison Dickie, Amy Holcomb (Ryan), Kevin Kobold and Katie Kobold. She has eleven great grandchildren scattered across the country. She was a devout Catholic, a devoted wife, a loving mother, and a good friend to all who knew her. We will miss her each and every day.

A Mass of Christian Burial will be celebrated at The Church of Christ the King, Blue Mill Rd., New Vernon on Saturday at 11:00AM. Interment New Vernon Cemetery. Arrangements made by the Doyle Funeral Home, Morristown, NJ.


Published by Daily Record from Aug. 25 to Aug. 26, 2021.
To plant trees in memory, please visit the Sympathy Store.
MEMORIAL EVENTS
Aug
28
Mass of Christian Burial
11:00a.m.
The Church of Christ the King
Blue Mill Rd., New Vernon, NJ
Funeral services provided by:
Doyle Funeral Home
MAKE A DONATION
MEMORIES & CONDOLENCES
Sponsored by Doyle Funeral Home.
4 Entries
I worked with Marie on the pediatric floor of Morristown Memorial Hospital for many years. She was always a happy person. I loved hearing her stories. Marie was like a mother to all of us. So sorry for the loss of this amazing woman. Who can ever forget her? God bless her.
Marilyn Potenza
Friend
September 29, 2021 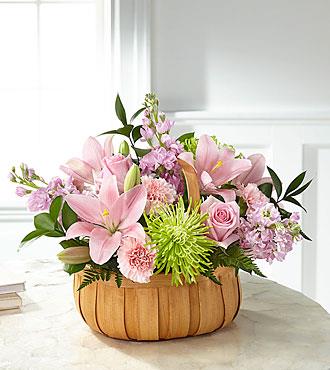 Timothy McIntosh
August 27, 2021
Kevin your dad inspired me to eventually become a pilot! My Sympathy! Fred
Fred Castenschiold Castenschiold
August 26, 2021
The Roos and Frye families were connected for many years . Our parents were friends and I babysat the Frye kids. A wonderful family! My condolences on the loss of your mom.
Carol Roos Grabet
August 26, 2021
Showing 1 - 4 of 4 results