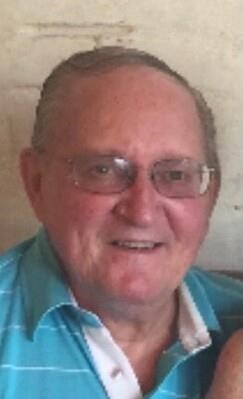 Frank was born on December 26, 1944 in Richmond, VA. He was the son of the late Mr. Frank Summer and Mrs. Wilma (nee Melville) Allan.

He served in the United States Army during Vietnam War from 1965-1971. After his service, he received his bachelor's degree from Fairleigh Dickinson University, Madison, NJ. After his years of service, he began working at ASCO while putting himself through college, which is where he met his wife of 48 years. Frank started his career at AIG in New York City as a Bond Manager and worked his way up and ended his career as Senior Vice President.

Frank was a member of Crossing Church, Livingston, NJ where he was very active. He was an avid car enthusiast, enjoyed going to car shows and was a proud owner of a 1941 DeSoto.

Frank is survived by his wife of 48 years, Dawn (Lomelo) Summer and was the loving father of son, Brian Summer and wife Joyce and daughter, Dawn Lerro and husband Tony. He was the loving grandfather of Tony, Brice, Dylan, Summer, Devin, Nolan and Aubry.

Due to the on-going pandemic, a memorial service will be held at a later date. In lieu of flowers, donations can be made to Renew Life Center @ https://renewlifecenternj.org/give-get-involved/. For more information, or to send the family a condolence, please visit www.bradleyfuneralhomes.com.


Published by Daily Record from Aug. 28 to Aug. 29, 2021.
To plant trees in memory, please visit the Sympathy Store.
MEMORIAL EVENTS
To offer your sympathy during this difficult time, you can now have memorial trees planted in a National Forest in memory of your loved one.
Funeral services provided by:
Bradley-Braviak Funeral Home - Whippany
MAKE A DONATION
MEMORIES & CONDOLENCES
Sponsored by Bradley-Braviak Funeral Home - Whippany.
0 Entries
Be the first to post a memory or condolences.