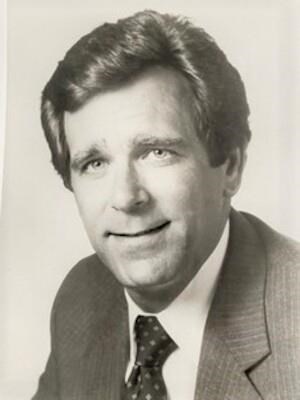 Michael R. Sorkin (1944-2020) passed peacefully on Hilton Head Island, SC during the early morning of Thursday September 24th surrounded by his loving family. He succumbed after fighting a heroic battle with ALS. Michael is survived by his wife Barbara and his children, Eric, Brian, Charlstie and Casey and eight grandchildren as well as his brother, Herb. All of whom will miss the pride that he expressed in their accomplishments and the encouragement and support he generously provided.

Michael was born in Brooklyn and married his first wife and childhood sweetheart, Elena Weintraub, who died prematurely leaving him with two young sons. He committed to raising those sons and making their happiness his highest priority. He is predeceased by his mother and father, Rubin and Irma Sorkin

In 1987 he and Barbara Harris married and combined their families. Michael quickly became a senior level corporate executive. His success helped him to provide comfort and stability for his family. He later became a business consultant specializing in mergers and acquisitions. He guided several large clients through the difficulties that often derive from their attempt to combine diverse corporate cultures.

After his retirement Michael continued to provide advice and guidance to friends and associates. He had a reputation for staying well informed, for being articulate and for being able to write cogent summations of complicated matters. As a result his input was frequently sought and his advice became the basis for the implementation of policies and procedures.

His family and closest friends mourn the loss and know that Michael's intelligence, sensitivity and ability to navigate difficult situations will be sorely missed. Those whose lives he touched are aware of how loyal and devoted he was to family and friends.

The Unveiling and Celebration of Life is being held on Thursday, August 19th, on Hilton Head Island, SC. For more information contact his wife at [email protected] www.Keithfuneral.com.


Published by Daily Record from Aug. 11 to Aug. 15, 2021.
To plant trees in memory, please visit the Sympathy Store.
MEMORIAL EVENTS
Aug
19
Celebration of Life
Hilton Head Island, SC
Funeral services provided by:
Keith Funeral and Cremation Services - Hilton Head
MAKE A DONATION
MEMORIES & CONDOLENCES
Sponsored by Keith Funeral and Cremation Services - Hilton Head.
1 Entry
We are so sorry to learn of Mike's passing and of his struggle with ALS. At the same time, we are happy for the blessings of all the years with his loving family and the joy of all those grandchildren! Eric and Brian, we treasure the sweet memories of the happy times we spent with you on Deborah Way. God bless all of you. Marie, Tony, Lisa, and Ken Giuriceo
The Giuriceo Family
August 13, 2021
Showing 1 - 1 of 1 results