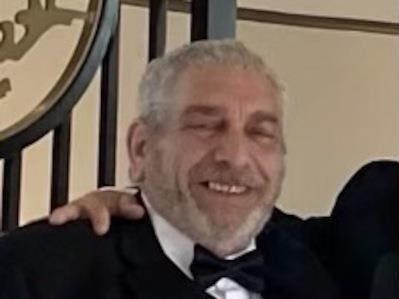 Parsippany - Steven John Gogerty, 63, of Parsippany, passed away on Friday, May 7, 2021. Steven was born in Seattle, WA and had been a resident of Parsippany since 2014. He was also a longtime resident of Randolph, where he graduated from Randolph High School in 1976. He was a stand out student, athlete in Track & Football and Honor Society member. Steve owned and operated Grog's Handyman for over 30 years before retiring in 2015. He was a member of AA for over 30 years and he was very involved with the Eric Johnson House. Steve was always there to help and support a friend in need.

He is survived by his sister; Colleen Cortese and her huband Anthony of West Caldwell; his three brothers; Sean and his wife Sandy of Basking Ridge, Terry and his wife Kristen of Mendham and Tim and his wife Lydia of Mendham; his seven nieces and nephews and their spouses; Joseph (Alessandra) ,Michelle (Michael), Danielle, Ryan, Devon, John and Shea Steven was predeceased by his parents John and Shirley Gogerty.

A visitation will be held on Tuesday. May 11, 2021 from 5PM to 8PM at Tuttle Funeral Home in Randolph. (www.Tuttlefh.com) The Funeral Service will be on Wednesday, May 12, 2021 at 10AM also at the Funeral Home. Interment will follow at Pleasant Hill Cemetery in Chester. In lieu of flowers donations may be made in his memory to either: The Straight and Narrow, c/o Catholic Charities , Diocese of Paterson, 777 Valley Rd. Clifton, NJ 07013 or Alcoholics Anonymous, www.AA.org