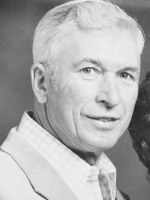 Dean Albert Ross Sr.
Our loving Father and Grandfather, Dean Albert Ross Sr., 97, passed away in his sleep on March 2nd, 2021 after a very short illness. Dean was born August 17th, 1923 to Will and Norna Roth Ross on the Hanson Road farm west of Ellensburg. He was the youngest of five children; Delta, Annice, Bill, and Paul. He attended his first three years of school in Thorp, where his parents kept a second home so the kids could attend school together. After that, they moved full time to the Hanson Road farm and he attended school at the Cove Road school through eighth grade, then rode the school bus into Ellensburg, graduating from Ellensburg High School in 1941. He and his brothers had Harley or Indian motorcycles when they all still lived at home, and loved riding together.
Dean was introduced to Dorothy Hall in 1945 by her father Lyle Hall, at the Elks Club of Ellensburg, where Dean and Lyle were both members. They were later married in Wenatchee in May of 1946. They would go on to have three children. Paul was born in March of 1947, Dean Jr. in 1948, and Linda in 1950. They all lived in the Hanson Road farm house until 1950 when Dean and Dorothy built a small house of their own next to the farm house. In 1957 they moved that little house a mile down Hanson Road to three acres on the Flynn Orchard. They would later add three bedrooms and one more bathroom so it was big enough for the whole family. This is where Dean lived until his passing.
Dean farmed with his father until about 33 years of age, when he went to work for Puget Power from 1956 through 1958. He then was hired as a mechanic for Webb Tractor, the local Caterpillar dealer(later becoming Inland Machinery) and worked there until his retirement in 1985. During those years, he got to know every logging company and contractor in the upper and lower county and became good friends with most of them. After retirement he continued to work on his own for many years, both in his shop at home and on location with his service truck.
Over the years, he and Dorothy had three different Jeeps and would love to load the kids and the dog up and go picnicking, camping, fishing, and hunting. Those things would keep them busy almost every weekend in the summer, and in the fall and winter they were up in the hills gathering firewood and Christmas trees. Later they had camping trailers and would travel to Lake Easton, Salmon La Sac, Newman Lake near Spokane, Minerva Beach on Hood Canal, and the Oregon coast, to name a few. They belonged to the boat club at Vantage, and spent a lot of time there as well. They even pulled their fifth wheel trailer to Anchorage, Alaska in 1987 to visit Paul, Judi, and Jennifer. Dean Jr. and grandson Philip came up on that trip. They saw everything from the panhandle to Anchorage, Mt. McKinley, Fairbanks, and the Yukon Territory and British Columbia along the Al-Can Highway. They made three trips to Kauai and Maui, Hawaii, the last of which was for their 50th anniversary. They even made a trip to Cabo San Lucas, Mexico with Paul and Judi. In the mid-1980s, Dean Jr. took them on several trips on his cabin cruiser, having a good time under way and visiting places like Blake Island, Gig Harbor, Port Orchard, Poulsbo, and Port Ludlow.
Something the entire family is grateful for, is that Linda retired from work, sold her condo in Kirkland and moved to Ellensburg to live with and care for Dean so he could continue living in his home for the remainder of his years. And of course, that meant the world to him.
Dean was preceded in death by his parents, his four siblings, and his wife of 63 years, Dorothy. He is survived by his three children, Paul (Judi) Ross, Dean Jr. (Debra) Ross and Linda Ross Dihel, and his two grandchildren, Jennifer Ross Hegberg and Philip Dihel. He remained very close to his nieces Gayle Smith Hardin and Paula Ross, and to his nephews Guy C. (Joy) Smith, Gene (Peggy) Smith, and Jerry (Barbara) Smith. He also had a warm relationship with three of the many grandchildren of his half-brother George William Ross; Mary Ross Page, Bill (Lori) Ross, and Don (Judy) Ross. The family enjoys knowing that Mary Page owns and lives in the house where Dean's parents lived when he was born. It sits on a three acre parcel of the farm Dean's father Will, who was also Mary's great-grandfather, started farming in 1905.
Dean will also be missed by cousins descended from the Rego family. His aunt Emma Ross married Jake Rego in 1883, back when Washington was still a territory. They farmed along the Thorp Highway for years and have many descendants. Dean's grandmother Susan Annice Terhune Ross lived with Emma for two years before she passed and was buried in the IOOF cemetery. Dean was the youngest of Susan and Branson Ross' 48 grandchildren.
A celebration of life will be held when it is safe to do so, and an announcement on that will be made at a later date. Donations(in lieu of flowers or other considerations) may be made in Dean's name to Hospice Friends at 302 E. 2nd Ave. Ellensburg, WA 98926 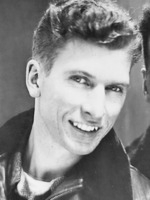 Published by The Daily Record on Mar. 13, 2021.
To plant trees in memory, please visit the Sympathy Store.
MEMORIAL EVENTS
To offer your sympathy during this difficult time, you can now have memorial trees planted in a National Forest in memory of your loved one.
MAKE A DONATION
MEMORIES & CONDOLENCES
1 Entry
So sorry to hear of Dean's passing. He and Dorothy were good friends with my parents, Bob and Norma Woods. Our thoughts are with the family.
Roberta and Sam Rockwell
Friend
March 31, 2021
Showing 1 - 1 of 1 results