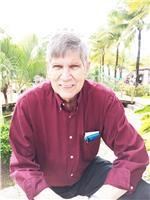 BORN
1944
DIED
2021
John passed away on June,25 2021, in Merit Health hospital,Brandon MS.
John was born July 17, 1944 in Vicksburg, MS to the late John R. Laughlin, Jr and Evelyn Lenoir Laughlin.
John graduated from St. Aloysius High School in 1962. He attended Mississippi State University in 1962 until he joined the US Army in 1966.
He went to Officer Candidate School at Ft Benning, GA and received his commission as 2 nd Lieutenant in 1967. He was an Infantry Officer and served as a Platoon Leader in Vietnam in 1968 and 1969.
He received a Honorable Discharge as a 1 st Lieutenant in July 1969. In December 1969, he joined the 412 th Engineer Command in Vicksburg, MS. He retired in 1987 as a Lieutenant Colonel. He worked for the Veterans Administration in Jackson, MS. In February 1978, continued his abduction at the University of Southern Mississippi. He was able to be in both the BS and MBA programs concurrently. He graduated in December 1979 with both his BS and MBA degrees in Business Administration. He went back to work for the Veterans Administration in Chicago, IL. In 1984 he was the Personnel Officer in Iron Mountain,MI. In 1986 he accepted a position at Human Resources Specialist for the Corps of Engineers, Division in Vicksburg, MS. He had moved back to Vicksburg to be close to his parents as their health was declining and he was an only child. He retired in January 2006.
He is survived by his wife, Liudmila Laughlin, son, John R. Laughlin IV of Ocean Springs,MS and daughters Elizabeth Laughlin of Knoxville, TN, Mary Morgan of Memphis, and Susan Martinez of Flowood, MS.
Published by Daily Times Leader from Jul. 14 to Jul. 21, 2021.
To plant trees in memory, please visit the Sympathy Store.
MEMORIAL EVENTS
To offer your sympathy during this difficult time, you can now have memorial trees planted in a National Forest in memory of your loved one.
MAKE A DONATION
MEMORIES & CONDOLENCES
1 Entry
John was a dear dear man. I always knew where I stood with him. He was stern but kind. He was a jokester. He was my friend and a great emotional supporter. I will miss him. Much love. Deborah and Richard Johnson
Deborah L Johnson
July 14, 2021
Showing 1 - 1 of 1 results