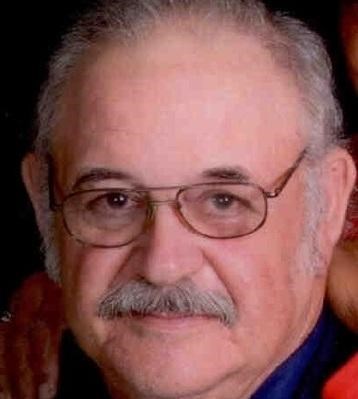 Interment was in St. Leo the Great Catholic Cemetery in Leonville, LA. Father Kenneth Domingue & Deacon Dwayne Boudreaux will officiate at the Mass.

As a young adult, John worked alongside his father as a coffin builder for Fenelon Funeral Home. He also worked as a carpenter's assistant. For several years he was a deputy for the St. Landry Parish Sheriff's Office. Later he was employed by Western Auto as an auto mechanic.

Share words of comfort with the Arceneaux family at www.williamsfuneralhomes.net

Funeral arrangements are entrusted to Williams Funeral Home of Opelousas, 337-942-2037.

My favorite memory of you is visiting your house as a little girl & you showing us your animals. Although I'm not a big animal person, you made it fun & you always made us laugh. I can also remember the volleyball games we would play at your house. We certainly had some fun times. I'll miss you until we meet again!
Monica Guillory
November 29, 2014
May your family draw strength in our great God of comfort and his wonderful promise of life on a paradise earth where, "no resident will say, I am sick" Isa 33:24
November 29, 2014
Pop,
You are my hero. I have always looked up to you through out my life. You always seemed to have the right answer for all my questions and problems. I can admit that I didn't always listen to your advice the first time around but in the end you were always right. The beauty of that was you never looked down on me for not listening, rather you had patience and let me learn from my mistakes which helped me to become a better person. You showed me everything that I know and I thank you for that. I could go on and on about the good times we have shared together. You have left us enough memories to last a lifetime. You fought a good fight. You never backed down and didn't give up, it was just your time. I hate to see you go but I know your in a better place now. You can rest peacefully with no pains. Please continue to watch over me and my family as you did here on earth. Your gone for now but never forgotten. Your presence will always be with me. I love you!!
Jereme
November 26, 2014
Showing 1 - 4 of 4 results