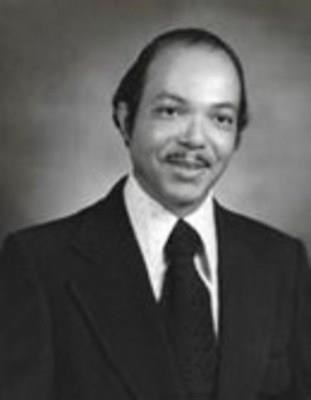 HOUSTON - Michael DeWitt Banfield passed peacefully from this life on Sunday, November 6, 2016. Dr. Banfield was the third son born to Edna M. and Pastor Michael S. Banfield on August 15, 1926 in Baltimore, Maryland. He was inducted into the United States Army in February 1945. After his discharge, Michael matriculated one year at Temple University and then transferred to Howard University in Washington, D.C. to complete his undergraduate studies where he graduated cum laude. He received his Doctor of Medicine from Howard University in 1953. Dr. Banfield married in 1958 and to that union were born two sons, Michael David and Darren Blanchard. He joined the Bellfort Seventh-day Adventist church which is now World Harvest Outreach. Dr. Banfield was a founding member of the Houston Medical Forum in the late 1950's (an organization for African-American physicians). He also belonged to the American Medical Association, National Medical Association, Texas Medical Association, Lone Star State Medical Association and Harris County Medical Association. He leaves to celebrate his life: son Darren, sister Gloria (Eric), sisters-in-law Gerri and Julia, nieces and nephews, long-time friends, Bernadette Mills of Opelousas, LA, Myrtle Beasley, his office manager for forty years, and her son Pastor Charles Osborne as well as many church family members. A memorial service will be held at World Harvest Outreach, 10800 Scott St, Houston, TX 77047 on December 5, 2016 at 11:00 am. Interment to follow at Houston National Cemetery.


Published by Daily World on Dec. 2, 2016.
To plant trees in memory, please visit the Sympathy Store.
MEMORIAL EVENTS
Dec
5
Memorial service
11:00a.m.
World Harvest Outreach
10800 Scott St, Houston, TX
Funeral services provided by:
McCoy & Harrison Funeral Home
MAKE A DONATION
MEMORIES & CONDOLENCES
Sponsored by McCoy & Harrison Funeral Home.
24 Entries
It is with deep sorrow , however my sincerest heartfelt sympathy that I write my condolences; To the The M.Banfield family I pray the peace of GOD as your comfort & your guide. That even on a low day as you remember all the wonderful treasures, gifts of Awesome knowledge and untenable Joy , laughter & peace "This Man of GOD" Son, Father, Doctor & Friend gave. It is an honor to have known him. My Grandmother (Aubrey Shaw) was not only a patient of his but when I was just a baby she moved to Houston 1966 1yr after I was born she sometime in between became an house employee of his , not long after he would be the "Everyone's Doctor" He was and will always be "A very Honorable, Valued & Well Respected Name in this Family❤. Not only as a patient , but as my Grandmother's oldest(gc) while being around Dr. Banfield I obtained a great deal of knowledge. My Grandmother was never treated as an employee nor as just a patient but as a friend and a person. I am now 50 years of age & after getting this news , as I sit here writing it takes me back and I can only smile & pray that the joy it gives me in knowing that I had the opportunity of knowing "One of The Greatest of GOD'S" this side of Heaven.
My Granny is gone now since 1990, but I can still hear the voice of her saying "get out there & break bone or something or get yourself sick being hard-headed & Im calling Dr. Banfield"., you see He was Doctor , disciplinary, Teacher, Friend & Father to Many!!! & I just happened to be one of those lil girls that he help mold & shape "He left an Everlasting Impression on my life. With my grandmother & my mother both being gone I can understand what you feel... To the family ; please have assurance in this one thing GOD is Faithful & being there for you when you need him , Please only call He's just a prayer away. Im only too sorry that my 3 kids will never have the chance to meet and know Such "Honor & Greatness" in everyday life with such beauty and compassion of everything he touched.
Stepped from this side "Back into Heaven" Always Remembered Dr. Micheal D. Banfield

Thanks to all who made it possible for those who knew and loved Dr. Banfield to be able to send condolences.
Ms. Shanoe Stafford
June 26, 2017
To the family of Dr. Michael Banfied--sincerest condolences... he was our family doctor for many years in "Third Ward, Texas". My father & mother were just a couple years older than him, Mr. & Mrs. Elmer & Inge Moore. May he rest in peace in God's arms. Deloris & Family
December 9, 2016
I will cherish the times we shared together.I will miss you Grandfather. You always spoke with great passion,conviction and wisdom. One of your many gifts from God. A gift you passed on to me. My deepest and dearest condolences to the entire Banfield family
Starr (Spencer) Stojkovic
December 5, 2016
Good night Michael , sleep well , see you in the morning. 1 Thessalonians 4: 16, 17.
I will be looking for you and i know that i will recognize you.

Joyce
December 5, 2016
Once upon a time, you were my father-in-law, and I enjoyed our laughs and moments of clarity about life and living. Before that, you were Dr. Banfield, sound, patient, and so knowledgeable on how to treat and cure. The Robinson family misses you and we know God took His angel of healing back to be with Him in the Heavenly place. Condolences to Starr, Darrin, Ava, and all of his loved ones. (The photos included in this registry are priceless.)An era has passed when we all knew one another. Everyone loved the Banfield brothers.
Gene&Michelle Robinson
December 4, 2016
I was so sad to hear of the passing of Mike. I knew him as Mike because my best friend was a dear friend of Mike's. She spoke so highly of this gentleman. She was very sad the day she went to check on him and realized he had gotten his wings. Please know I am praying for the family. Mike left his DNA on many.

Author Daphne D.Hampton
Daphne Hampton
December 4, 2016
May the bereaved family continue to be comforted by reflecting on the many wonderful memories that you can cherish forever. Please accept my deepest sympathies.
AL
December 3, 2016
I'm happy to have so many wonderful memories of you to make me smile. I will miss our nice visits and our long discussions on current events and world news. You constantly amazed me with your charm, your memory, awareness, progressive thinking, political views, & goodness. I so enjoyed cooking special meals for you and listening to your many compliments about how much you enjoyed them. I was sad when towards the end of your illness you had no appetite and I could only bring you Ensure when i visited. One of the funniest memories I will treasure forever happened earlier this year. I was so excited one day when I handed you containers of Veal Osso Buco, Lamb Shanks, Smothered Quail, and Curry Goat. Then I handed you a container of Stewed Rabbit and you had a look of TERROR on your face, you said "Lorrie I know you didn't bring me any rabbit." I stood there smiling and thinking you were just teasing me when suddenly it dawned on me you were serious. I said, "whats wrong with rabbit?" You were at a complete loss for words and finally said "You know good and well I don't eat rabbits" and I was standing there looking stupid and said, "I know you don't eat Pork, bottom feeders and Shellfish but whats wrong with rabbit?" I have to laugh every time I think about it. The look on your face was priceless and after we both finally recovered we sat down together with your Bible and read Leviticus 11 so that I wouldn't make anymore mistakes like that again. I'm so sad that I won't get a chance to have any more long talks with you, share great laughs, brag about our beloved President Obama or get a great hug from you until we meet again in Heaven. I miss teasing you about that rabbit every time you opened the door and I handed you a bag. I lost you and then 12 days later my wonderful Daddy passed away and a week after that while at my Daddy's funeral my dog Rocky ran off and hasn't been seen since. To say my heart is broken into tiny little pieces is an understatement but God is good and I do have fabulous memories of all of you to hold close to my heart. I love you and I miss you.
Lorrie
Lorrie Lewis-Butler
December 3, 2016 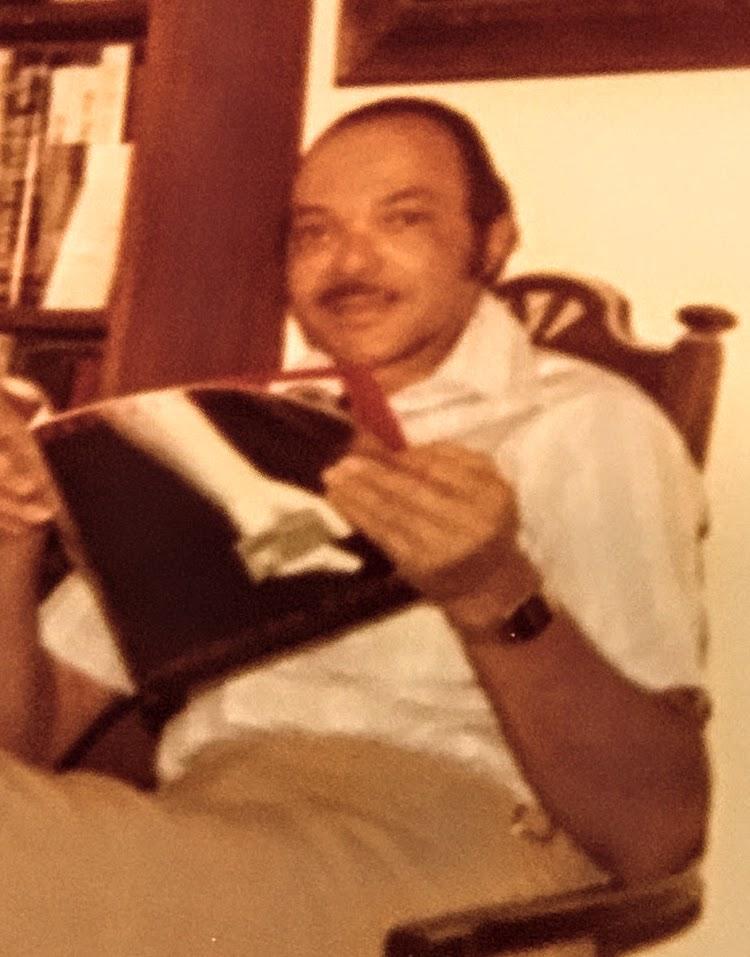 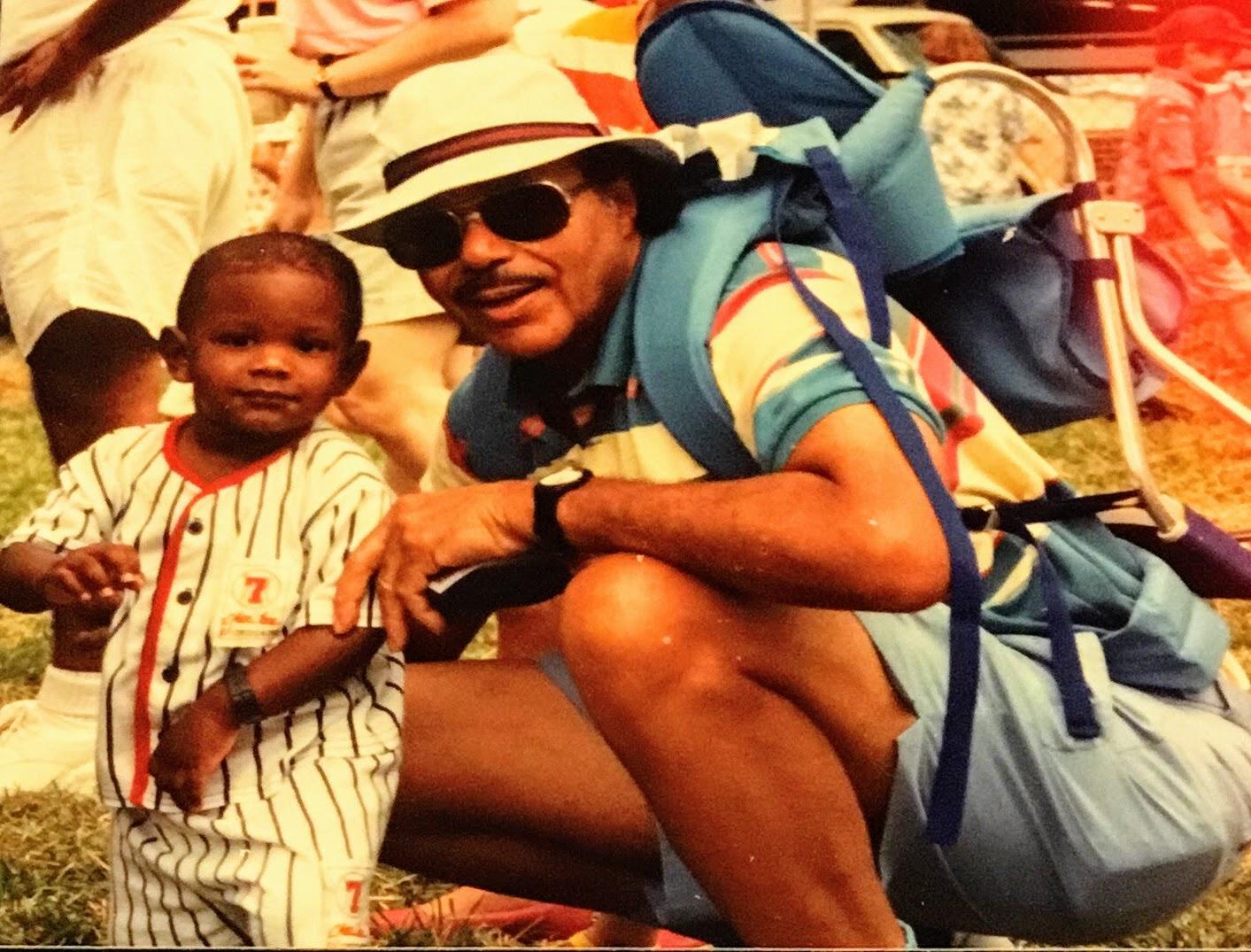 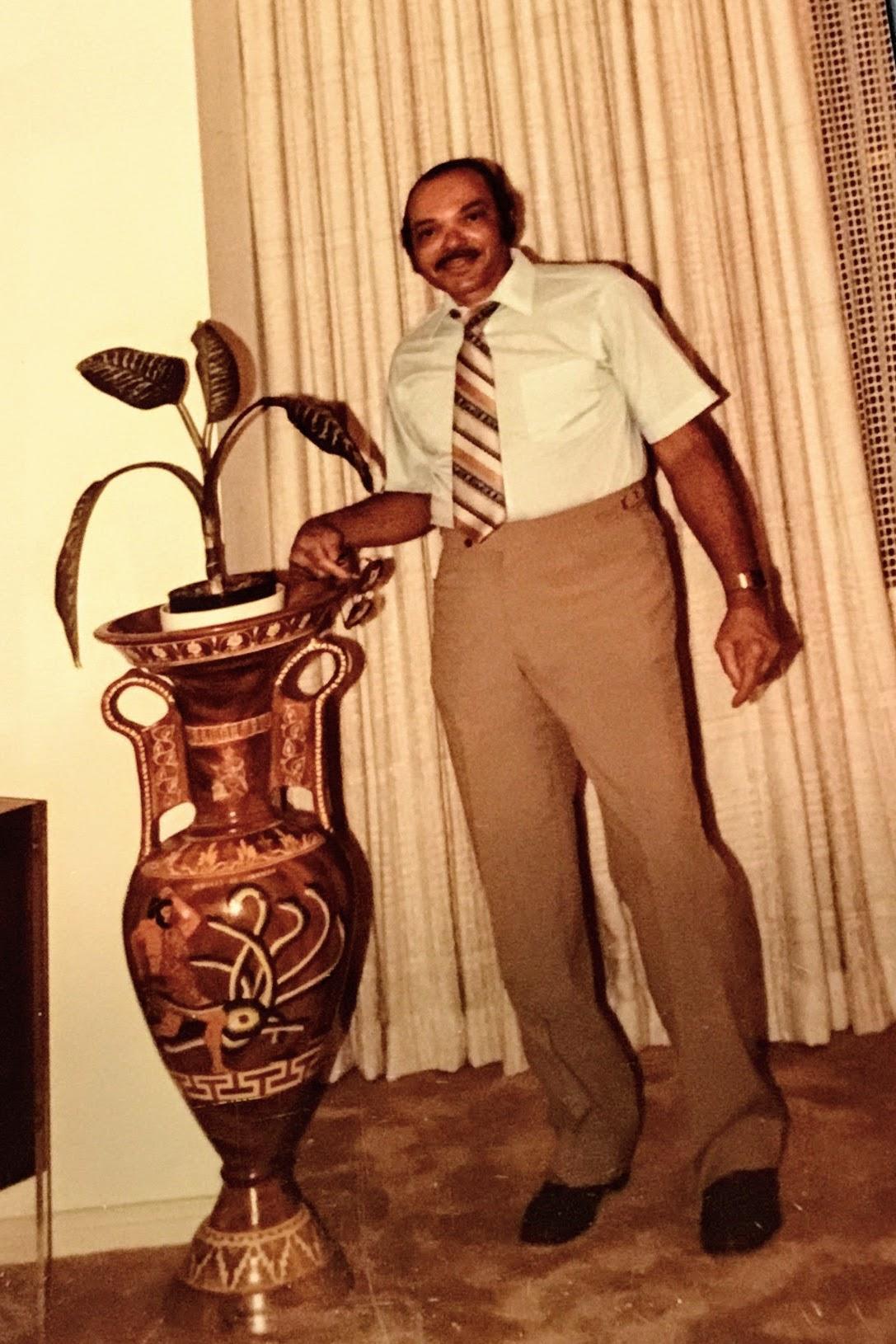 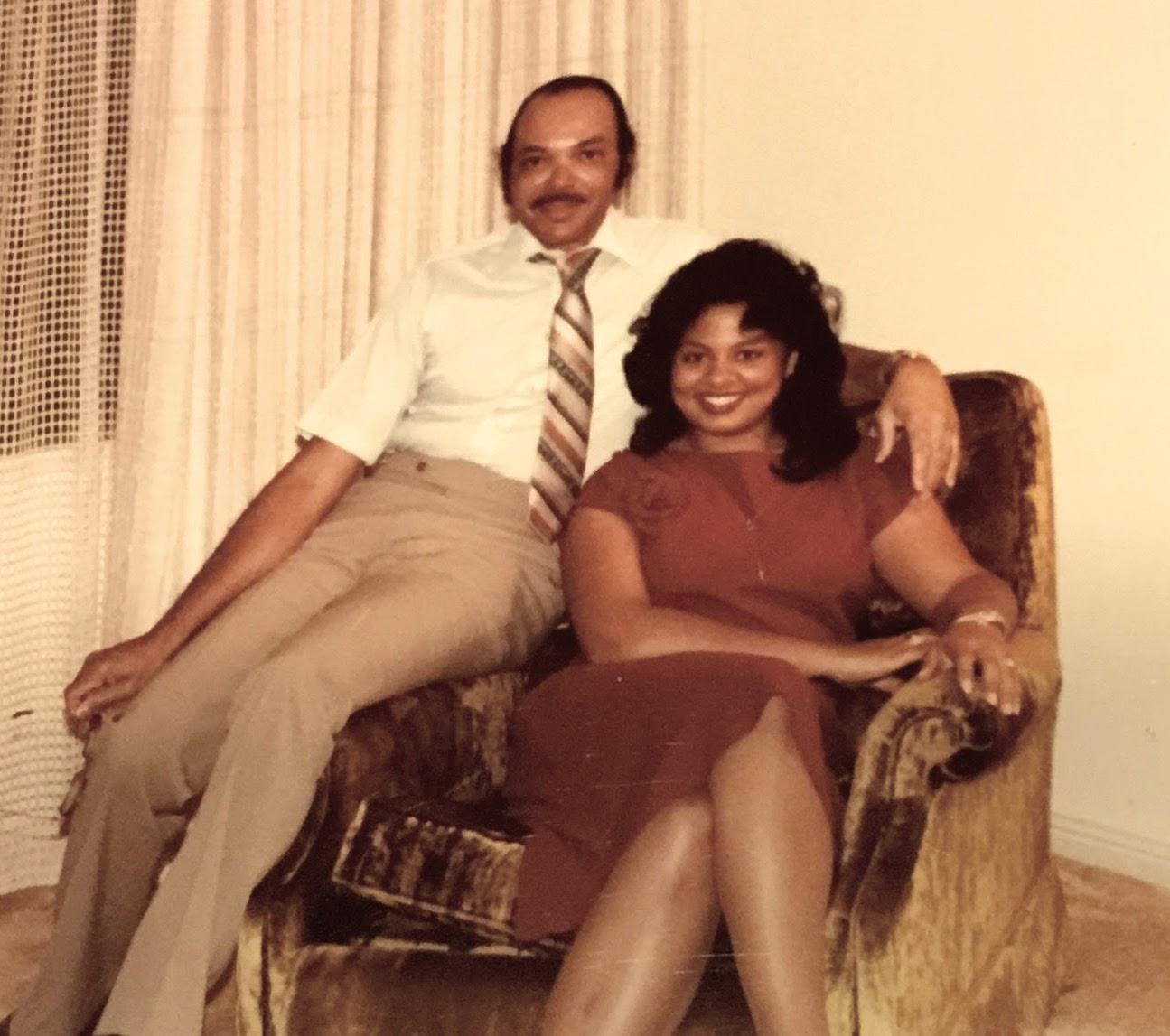 Lorrie Lewis-Butler
December 3, 2016
I love you, Uncle Mike. I'll miss our telephone chats. Thanks for being my other dad and for showing me you were always in my corner.

Your niece,
Karren
Karren Banfield-Minor
December 1, 2016
I shall never forget my days in the early sixties as I was just coming into my manhood, Doc became one of my favorite mentors among the "gang" on Holman St. Always with that fablous smile he would compliment me when I was doing well and lecture me (still with that smile) when I was in error. If I have become anything in this life, part of that credit belongs to Dr. Michael Banfield, a friend, a gentleman and a scholar.
May the peace of the Lord be with his spirit and his family.
Art Abernathy
December 1, 2016 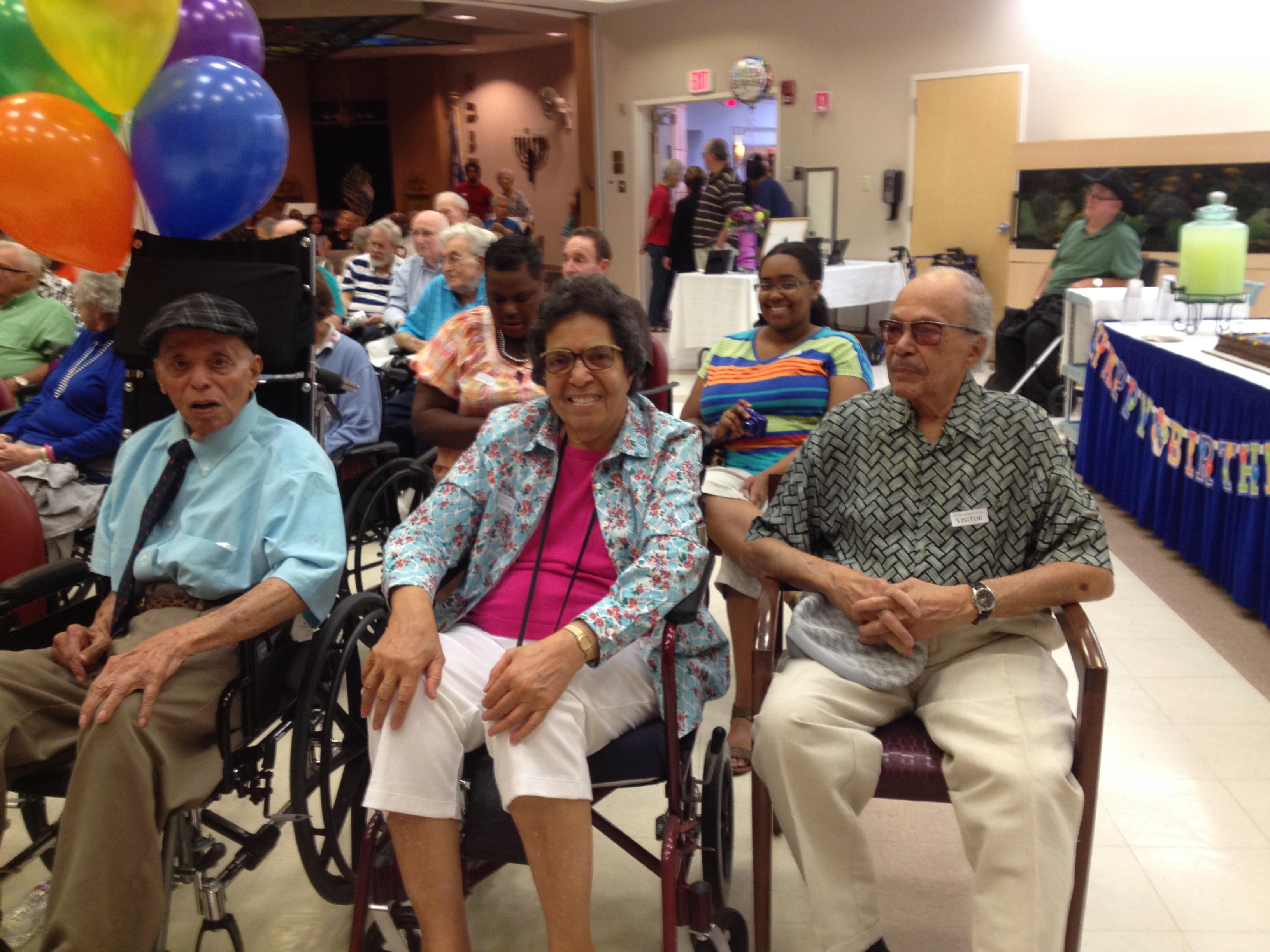