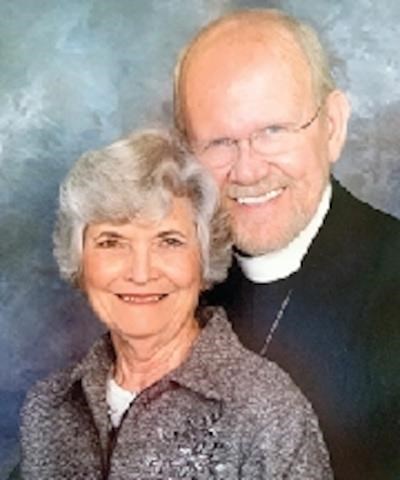 Pat graduated in 1955 from Grand Prairie High School in Grand Prairie, TX. He and Janet married December 21, 1958. Pat retired from Sears and Roebuck as a construction manager in 1979.

Pat then completed seminary through the Episcopal Diocese of Dallas and was ordained to the Priesthood on March 18, 1979. He served 30 years in active ministry in communities all over the Dallas and east Texas area doing supply work, in Flower Mound as director of the Bishop Mason Center, at St. Philip's in Sulphur Springs where he and Janet made their home for 25 years, and also at St Dunstan's in Mineola. Pat and Janet then moved to Conway, Arkansas in 2018 to be near daughter Monica and her family.


To plant trees in memory, please visit our Sympathy Store.
Published by Dallas Morning News on Jul. 18, 2021.
MEMORIAL EVENTS
Jul
20
Memorial service
2:00p.m.
Saint Peter's Episcopal Church
, Conway, AR
Jul
21
Memorial service
2:00p.m.
St. Phillip's Episcopal Church
, Sulphur Springs, TX
Funeral services provided by:
Roller-McNutt Funeral Home
MAKE A DONATION
Please consider a donation as requested by the family.
MEMORIES & CONDOLENCES
Sponsored by The Dallas Morning News.
2 Entries
I would like to offer my condolences to Janet & family. I remember Pat being so excited to pursue his calling in the Episcopal church when talking to my dad about it. I never got to thank you both for giving us "Fritzi' the schnauzer. She was an amazing dog and I have many fond memories of her growing up.
Robert Hargrove III
Friend
July 23, 2021
Is this the Pat Young that lived on Fort Worth Street in Grand Prairie?
Rhonda Savage
July 21, 2021
Showing 1 - 2 of 2 results