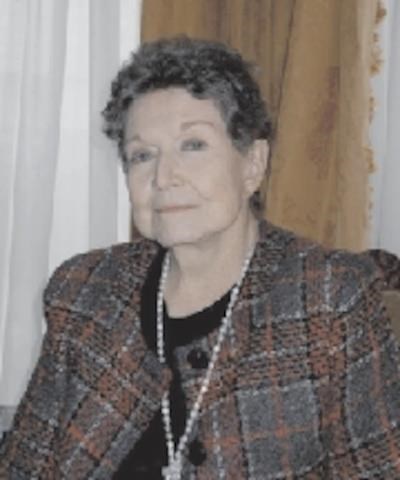 BORN
1932
DIED
2021
SMITH, Hildegard Hildegard Smith died peacefully in her sleep November 9th at the age of 88. Hildegard Smith was born on November 12, 1932 in Athens, Tennessee. Her parents were Frances Large and Merrill H. Smith, her Mother from Logansport, Indiana and her Father from Elijay, Georgia. Both were attending Tennessee Wesleyan College when they met, got married, and had ten children while living in Athens, Tennessee. Hildegard was the last surviving sibling of those 10 children. Hildegard was an excellent student and Valedictorian in the 8th grade. She was in the National Honor Society for four years. She was also picked to go to Girl's State in Nashville, where she wrote and made speeches to Veteran's groups detailing what she learned there. Hildegard married Arthur Cobb of New Orleans in 1953, while he was in Law School at LSU. They lived in Baton Rouge, until divorcing in 1970. They have three children; Jeffrey Cobb of Baton Rouge, Matthew Cobb of Austin Texas. and Bradford Cobb of Los Angeles. In Baton Rouge, she opened an Antiques shop in 1965, which she closed in 1970 to move to Rome, Italy, then Lake Como. There, she studied Italian and took-in the area's rich history and Museums, to her heart's content. After moving back to the States, she lived in New Orleans and worked as a designer in the Store Planning Dept. for D.H.Holmes. She moved to Baton Rouge and opened the restaurant "Hildegard's" in 1979, in 1982, she closed the restaurant and went back to selling antiques, her real love. Hildegard moved to Dallas in 1986, and remained here until her death. She had several Design District spaces, allowing for the continued sales of her antiques. An appreciator of museums and live music, she attended the museums and live shows of Dallas, monthly, until Covid-19 struck. To know Hildegard is to know her deep love of food, cooking, setting a table and entertaining weekly. Despite being slowed down by the pains of a spine operation, she continued to entertain her closest friends, bringing joy and great food to her table. Hildegard and her "quick wit" will be missed by her friends, extended family and her three boys. No Memorial service is immediately planned. The family will notify loved ones in the future when a service is scheduled.


Published by Dallas Morning News on Nov. 21, 2021.
To plant trees in memory, please visit the Sympathy Store.
MEMORIAL EVENTS
To offer your sympathy during this difficult time, you can now have memorial trees planted in a National Forest in memory of your loved one.
MAKE A DONATION
MEMORIES & CONDOLENCES
Sponsored by The Dallas Morning News.
1 Entry
I love you and miss you.
Robert Powers
Friend
November 23, 2021
Showing 1 - 1 of 1 results