Isaac Trachtenberg
1929 - 2017
BORN
1929
DIED
2017
TRACHTENBERG, Isaac Isaac "Ike" Trachtenberg died on Sunday 9/24/2017 surrounded by family after a brief illness. He was born at Touro Infirmary in New Orleans, LA on 8/20/1929. He moved to Galveston in 1937 at age 8. Ike graduated from Ball High School in 1946, Rice University in 1950 and LSU, ultimately earning a PhD in electro-chemistry. Isaac served in the US Army from 1952-1953 at the Pine Bluff, AR Armory. Ike worked at American Oil in Texas City and Texas Instruments before joining the faculty at the University of Texas at Austin in the chemical engineering department. Isaac was a full chaired professor before retiring from UT in August of 2000. After his retirement, he returned to work first at the University of North Texas, then at the University of Texas at Dallas. His areas of expertise included fuel cells, plating and electro-chemistry. Isaac was the inventor of record for seventeen different patents in his field. Isaac is preceded in death by his parents, David and Mushel Trachtenberg of Galveston, a sister, Fannie Greene, a brother, Jacob Trachtenberg and a son, Joseph Steven Trachtenberg. Isaac is survived by a son, Michael Eric Trachtenberg (Laura) and a grandson, Joseph "Joey" Fitzgerald Trachtenberg, along with two former spouses, Eleanor Trachten-berg and Helaine Trachtenberg. A graveside service was held on Wednesday 9/27 at the Beth Jacob cemetery in Galveston. A memorial service will be held in Dallas on Sunday, 10/1 at 1 pm in Temple Emanu-El's Lefkowitz Chapel. In lieu of flowers, please contribute to the charity of your choice in Ike's name.


To plant trees in memory, please visit our Sympathy Store.
Published by Dallas Morning News from Sep. 28 to Sep. 29, 2017.
MEMORIAL EVENTS
Sep
27
Graveside service
Beth Jacob cemetery
, Galveston, TX
Oct
1
Memorial service
1:00p.m.
Temple Emanu-El's Lefkowitz Chapel
, Dallas , TX
MAKE A DONATION
Please consider a donation as requested by the family.
MEMORIES & CONDOLENCES
Sponsored by The Dallas Morning News.
5 Entries
I am extending my condolences to the family of Isaac Trachtenberg. May the entire family find peace in knowing that God cares for you and will help you during these difficult times. 1 Peter 5:6,7
J B
September 17, 2018
Dr. Tractenberg was an extremely intelligent man with a heart bigger than Texas. Thank you so much for your kindness and understanding.
Anjan Somadder
October 1, 2017 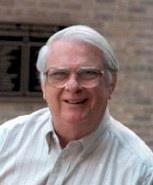 I was saddened to hear the news of Dr. Trachtenberg's recent passing. It has been 20 years since I took Dr. Trachtenberg's course on the role chemical engineering plays in the semiconductor world. He was an excellent storyteller. He would perfectly blend humor, personal anecdotes from his own nearly 30-year career at Texas Instruments and vivid examples in explaining how chemical engineering principles and knowledge can be applied in the specialized field of microchip fabrication. Through his course, I was introduced to the textbook "Process Engineering: Analysis in Semiconductor Device Fabrication" which I still have in my personal library. I owe Dr. Trachtenberg a debt of gratitude for his decision to return to academy after a long and fruitful career to act as an ambassador to this specialized form of chemical engineering.

Michael Wedlake,
Principal Engineer, Process Integration
Samsung Austin Semiconductor
Michael Wedlake
September 30, 2017
Dr. Tractenberg came to UT about the time I did and I asked him to be on my dissertation committee. His knowledge of industrial electrochemisty and quick wit helped get me through grad school, both academically and personally. May his memory be for a blessing.
Bill Flarsheim
September 30, 2017
Dr. Trachtenberg is a big part of why I went into the semiconductor industry. I will miss his brand of humor. The book we used for his CHE 353M class is on the "books I consult" shelf in my home office.