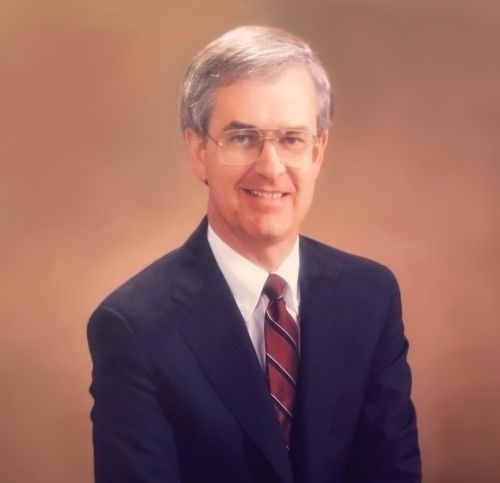 BORN
1947
DIED
2021
James Edward Dorff (Jim), beloved husband, father, grandfather, pastor and friend, passed peacefully into eternal life on Monday, June 7, 2021, with his family at his side at CC Young in Dallas, following a three-year battle with pancreatic cancer.

Jim had a spirit of love and compassion and he dedicated his life to sharing the Gospel of Jesus Christ. He was an authentic preacher, wise counselor, and uncommonly gifted leader.

Born in Tulsa, Oklahoma, on June 14, 1947, to Anabel Patton Dorff and Reverend Dr. Earl Norris Dorff, Jim grew up in Oklahoma, spent formative years in El Paso, and graduated from Muskogee High School. As a youth at Camp Egan, he felt the call to ministry.

He went on to receive a B.A. from Oklahoma City University, earn a Master of Theology from the Perkins School of Theology at Southern Methodist University, and he was ordained elder in the United Methodist Church in 1972.

During his 44-year ministry he baptized, confirmed, ordained, married, mentored, comforted and encouraged thousands of people. And he urged others to listen for their call. He touched countless lives.

Out of seminary, Jim joined the pastoral care staff at Highland Park UMC in Dallas. Later, he became interim youth minister, working alongside Barbara Langley. They fell in love while leading a dynamic youth ministry. They married in 1975, and this past Easter they celebrated 46 years of marriage, ministry and life together.

In 1979, Barbara and Jim were blessed by the birth of John, followed by Michael in 1981. Theirs was a family ministry.

Jim's first appointment as "head pastor" was First UMC in Gainesville in 1989, where he and Barbara built a vibrant youth group and encouraged preservation of the historic sanctuary, while making lifelong friends. In 1995, Jim was appointed to First UMC in rapidly growing McKinney, where he encouraged the church to embrace their history and prepare for the future. He was always proud to return and worship in those unique sanctuaries, brimming with life and love.

In 2002, Jim was called to leadership in the North Texas Conference of the UMC. He supported many pastors and congregations and was a trusted advisor.

Jim was elected bishop in 2008 and was appointed to serve two annual conferences. Their unification in 2012 as the Río Texas Conference brought joy to his heart. As bishop, he promoted education and health for all of God's children. He led crisis interventions on the US-Mexico border, supported Africa University and served as Program Chair of "Imagine No Malaria," which drastically reduced the impact of malaria.

Jim worked to meet the needs of every community he served through local housing boards, Rotary Club, ecumenical councils and non-profits serving people experiencing homelessness and recovering from addiction.

In retirement, Jim volunteered with Austin Street Center and was a friend of the Men of Nehemiah. He delighted in his six grandchildren and they were blessed by his undivided attention.

Jim was preceded in death by his parents Anabel and Earl Dorff; his brother Rev. Mark Dorff; and his sister, Marilyn Buzbee. He is survived by his wife, Barbara Dorff, of Dallas; his son, John, and his wife, Kate, and their sons, Collier (9) and Rhett (4), of Dallas; his son, Michael, and his wife, Lauren, and their daughters, Adelaide (9) and Annabelle (7), and sons, James (5) and Edward (3), of McKinney; three sisters-in-law; three brothers-in-law; 13 nieces and nephews; and a host of faithful friends.

Two memorials will be held: Highland Park UMC in Dallas at 2 PM on June 18; First UMC in McKinney at 2 PM on June 25. In lieu of flowers, donations may be made in honor of Jim Dorff to Lydia Patterson Institute in El Paso (www.LPI-elpaso.org). Jim and Barbara have faithfully served on the board of LPI for years, and he asked that donations be given to build a new chapel for student worship. Dorff, James Edward (Jim)


To plant trees in memory, please visit our Sympathy Store.
Published by Dallas Morning News on Jun. 13, 2021.
MEMORIAL EVENTS
Jun
18
Memorial service
2:00p.m.
Highland Park UMC
, Dallas, TX
Jun
25
Memorial service
2:00p.m.
First UMC
, McKinney, TX
MAKE A DONATION
MEMORIES & CONDOLENCES
Sponsored by The Dallas Morning News.
6 Entries
I remember Jim Dorff with great respect and affection. He was a good man! And Barbara, he found a wonderful helpmate in you! As you begin this journey into widowhood, you have my sympathy. I found that the second year was the hardest. Sending love to you and yours, Dottie Dunnam
dottie dunnam
Friend
June 23, 2021
Jim Dorff was an incredibly kind and loving man. He officiated the marriage of our daughter and then baptized our granddaughter a few years later. He was greatly admired by our family and loved by all. He will certainly be missed. Our sincere condolences to the entire Dorff family.
Diana Morrow Smith
Friend
June 18, 2021
With sympathy, love, and prayers from Westlake United Methodist Church, Austin, TX.
Mary Lou (annual conference delegate during his tenure as Bishop) & WUMC
Mary Lou
Friend
June 16, 2021
Ron and I were honored to have Jim officiate at our wedding. He was an incredible pastor at FUMC McKinney and I am sure everywhere he served. He will be greatly missed by all who knew him.
Ron and Jo Ann Graham
Friend
June 14, 2021
Jim was an incredible man of God. I was heartbroken when he transferred from FIRST UMC McKinney. I was blessed to know him. My deep sympathy for Barbara and family,
J’Net Chambers
Friend
June 13, 2021
Praying The Comforter stays so near this precious family of an amazing CHRISTian man!!!!
Sandra White
Friend
June 13, 2021
Showing 1 - 6 of 6 results