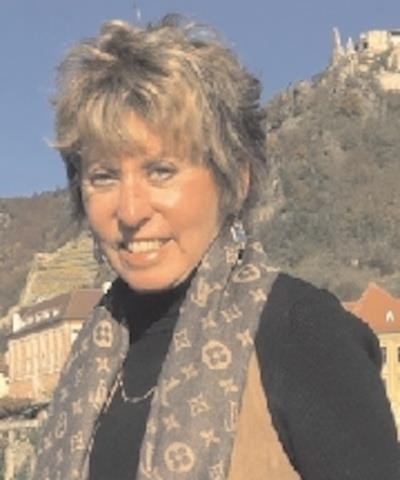 BORN
1945
DIED
2021
CLESI, Janet Janet Clesi was born in Royal Oak, Michigan. She graduated from Royal Oak Dondero High School in 1963. After attending college, Janet completed her Flight Attendant training from Braniff International in 1967. With her exuberant personality and dry wit, she was a perfect fit for the job. Janet loved meeting all types of people and her favorite flights were international. She was a charter member of a Dallas bible study for flight attendants. Janet met Vick Clesi on a blind date, and they got married on August 2, 1972. Their honeymoon was spent flying around the world for 30 days. Janet wanted everyone to know of her steadfast love for Jesus in accordance with John 14:6. Janet was passionate about her involvement in conservative, Republican politics, and she served as the Director of Legislation for the Dallas County Council of Republican Women. Janet leaves behind her loving and doting husband Vick, her sisters Joan Hoeldtke and Bonnie Martin, her brother-in-law Rodger, as well as nieces and nephews. She gives special thanks to Kim, Fadi, and Sheri.


Published by Dallas Morning News on Oct. 13, 2021.
To plant trees in memory, please visit the Sympathy Store.
MEMORIAL EVENTS
To offer your sympathy during this difficult time, you can now have memorial trees planted in a National Forest in memory of your loved one.
MAKE A DONATION
MEMORIES & CONDOLENCES
Sponsored by The Dallas Morning News.
5 Entries
Oh Vick, I am shocked and so so very sorry to learn of the news. What a wonderfully dynamic woman...so so happy I got to know her. I cannot wait to hug you! Love to you, Vicki
Vicki Foster
October 18, 2021
To all Janets family & friends & Especially Vick Clesi ...I am so sorry for your loss... Janet was such an Amazing Kind & Wonderful Woman You now have a new Angel watching over you
Vicky Van Horn
Friend
October 15, 2021
I flew with Janet on international flights. She was a friend that I will never forget. So great a loss!
Sharon Russell
Friend
October 14, 2021
Dear Vick . I so enjoyed my time with you and the vivacious Janet on many occasions . Thank you for how you both were always so gracious to me . Your loss is heaven's gain . We will all celebrate together one day again in the eternal presence of the Lord . Blessings , Michael
Michael Crutcher
Friend
October 13, 2021
May your hearts soon be filled with wonderful memories of joyful times together as you celebrate a life well lived. She was a wonderful person RIH
Bettye Marshall
Work
October 13, 2021
Showing 1 - 5 of 5 results