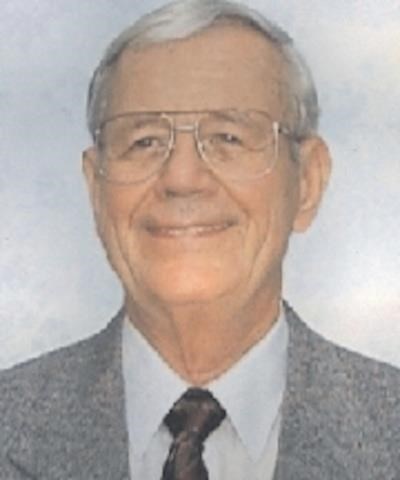 BORN
1925
DIED
2021
UPCOMING SERVICE
Memorial service
Nov, 6 2021
Clear Lake Presbyterian Church
Send Flowers
WILEY, JR., L. R. Lloyd Raymond Wiley, Jr. (Ray) was born in Dallas, Texas on May 23, 1925, to Mary Ellen Thompson Wiley and Lloyd Raymond Wiley. He died peacefully at home in Houston, Texas on August 28, 2021, with family at his bedside. Ray was predeceased by his beloved wife of 72 years, Kathie, his parents, a brother, Maj. Frank David Wiley, and a baby girl who died shortly after birth. Survivors include three daughters and sons-in-law Marilyn Wiley (Terrance Skantz), Ellen Bywaters (John), and Carol Cassella (Steve), ten grandchildren and two great-grandchildren. Ray will be remembered by those who knew him as the quintessential engineer with a passion for solving problems. After graduation from Highland Park High School and one semester at Texas A&M, Ray joined the army to fight in World War II with the 12th Armored Division, earning the Combat Infantryman Badge. When the war ended, he moved to Austin to finish his engineering degree at the University of Texas, met and Kathie, and began a long career in the oil and gas industry. Ray approached new interests with intensity. Mastering the Russian language, learning astronomy, flying small planes, playing the organ, and sailing were just a few of the hobbies he pursued. An avid reader who devoured history, biography and science, he loved classical music, opera and jazz. He strongly believed in the value of self-sufficiency. That meant fending off pirates near the coast of Guatemala, navigating the Intercoastal waterway through a tropical storm, and climbing onto his roof at the age of 93 because the chimney needed caulking. He loved travel, and along with trips to national parks throughout the U.S., enjoyed memorable visits to Egypt, India, China, Peru, and Europe. He and Kathie left their University Park home after he retired to spend two years living on a sailboat, touring ports from New York to Honduras before moving to the Clear Lake area of Houston. More than anything, he loved his wife and family, and took great pride in the accomplishments of his grandchildren. A memorial service will be held on November 6, 2021 at the Clear Lake Presbyterian Church. In lieu of flowers, he requested donations to the Salvation Army or to the Katherine Sams Wiley Physics Scholarship Endowment Fund at SMU.