BORN
1925
DIED
2015
FUNERAL HOME
Sparkman/Hillcrest Funeral Home & Memorial Park
7405 West Northwest Highway
Dallas, TX
HERKIMER, Lawrence Russell "Herkie" Herkie "Herkie" jumped into heaven on Wednesday, July 1, 2015 with spirit and joy. Born in Muskegon, Michigan October 14, 1925 to Mrs. Lenola Gilfus Herkimer and Nilan Frank Herkimer. Moved to Dallas in 1929 with his parents and sisters Lenna and Bonnie. Herkie attended Vickery Place Elementary School and North Dallas High School where he was a cheerleader, and Southern Methodist University where he was head cheerleader and a gymnast, graduating in 1948. He received his B.S. Degree at SMU and his M.S. Degree at the University of Illinois. Herkie served in the US Navy during WWII on the USS Jamestown (a PT Tender) and later on a P.T. Boat from December 1943 to March of 1946. Herkie taught at SMU for two years prior to starting the National Cheerleaders Association, which trained cheerleaders during weeklong camps in the summer and one-day clinics during the fall and spring. Herkie invented the cheerleader "Pom-Pon" and held a patent on it for many years. He also created the "Herkie Jump", a well-known cheerleader move. His wife, Dorothy, started the Cheerleader Supply Company in 1951 and designed the first 16-pleat "twirling" cheerleader skirt. The company expanded to knitting sweaters, manufacturing tops, jackets, Chenille emblems, pom-pons, buttons, badges, pennants, ribbons, etc. and the cheer camps spread to all 50 states and several foreign countries, training more than three million cheerleaders over the next 43 years, prior to selling the company. Herkie served on the Dallas Independent School Board for two terms and was President of the Dallas Civic Garden Center, the SMU Alumni Association, served on the Board of TACA, Northwood Institute, the Development Board of Presbyterian Hospital and the SMU Mustang Club. Herkie served on the Board of Trustees of the Hockaday School where he chaired the grounds committee during the expansion of the Lower School and addition of the Science Building. His honors include receiving the Distinguished Alumni Award from SMU, YMCA Father of the Year, Mr. Gatsby (Dallas Arboretum and Botanical Garden) and others too numerous to mention here. He was passionate about education. He and his wife, Dorothy, established the Herkimer Scholars Program at SMU, which put over 40 students through 4 years at SMU. Herkie served on education committees during the Eisenhower Administration as a consultant to the State of Hawaii and the Reagan Administration on the Fulbright Scholarship Committee. Herkie appeared on numerous National Television programs including "What's My Line", "To Tell the Truth" and "Truth or Consequences" with Bob Barker, Good Morning America and featured in dozens of programs and interviews here and abroad, along with numerous articles in newspapers and magazines. Herkie loved golf and was at times a member at Glen Lakes C.C., Royal Oaks C.C, Bent Tree C.C., the Northwood Club and Preston Trails in Dallas and Turnberry Isle C.C. in Aventura, Florida. He was a Life Member of the Dallas Salesmanship Club. Herkie is survived by three daughters, Marilyn Herkimer Weber, Sharon Herkimer Dewberry and Carolyn Herkimer Cooper, along with seven grandchildren, Bennett Ross Weber III, Harriet Tatum Weber, Michael Herkimer Dewberry, Emily Dorothy Dewberry, Lawrence Crawford Cooper, Christopher Russell Cooper and Allison Herkimer Cooper, sons-in-law Bennett Ross Weber, Jr. and Robert Bruce Dewberry, all of Dallas, his sister, Bonnie Richards of Ft. Worth, and various nieces and nephews. The family wishes to thank Daddy's loving and dedicated caregivers Patsita Harris, Ingrid Moss, Elleanor Spence, Norris Cooley and the Coast To Coast Agency. The memorial service of celebration will be held Thursday, July 9, 2015 at 1:00 p.m. in the main sanctuary of Highland Park United Methodist Church, 3300 Mockingbird Lane, Dallas, TX 75205 with reception following. Visitation at Sparkman Hillcrest is scheduled Wednesday, July 8, 2015 from 5:00 - 7:00 p.m.Memorials can be made to the Dallas Salesmanship Club, 106 E. 10th Street, Dallas, TX 75203; Southern Methodist University Mustang Club, P O Box 750315, Dallas, TX 75275-0315; YMCA, 601 N Akard, Dallas, TX 75201; The Hockaday School, 11600 Welch Road, Dallas, TX 75229 or the charity of your choice.

Published by Dallas Morning News from Jul. 5 to Jul. 7, 2015.
To plant trees in memory, please visit the Sympathy Store.
MEMORIAL EVENTS
To offer your sympathy during this difficult time, you can now have memorial trees planted in a National Forest in memory of your loved one.
Funeral services provided by:
Sparkman/Hillcrest Funeral Home & Memorial Park
MAKE A DONATION
Please consider a donation as requested by the family.
MEMORIES & CONDOLENCES
26 Entries 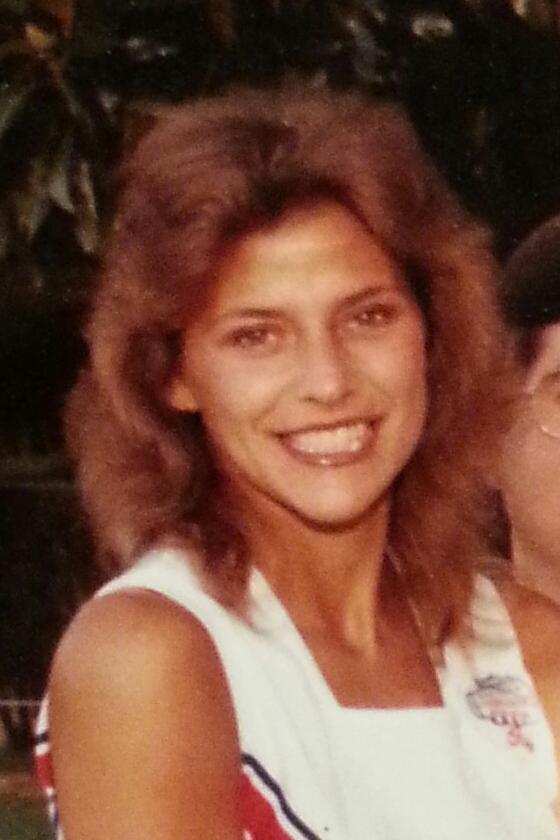 My condolences..."Mr. Herkie" was a wonderful man! I was glad that I had the opportunity to meet him when I was with NCA.
Sheila Baker Patterson
July 14, 2015
Herkie served his 89 years well on this earth. He was loved by many and will be missed by all of us. I am grateful and honored to say he was my friend. Condolences to the Herkimer family. Micki Beene Green
July 10, 2015 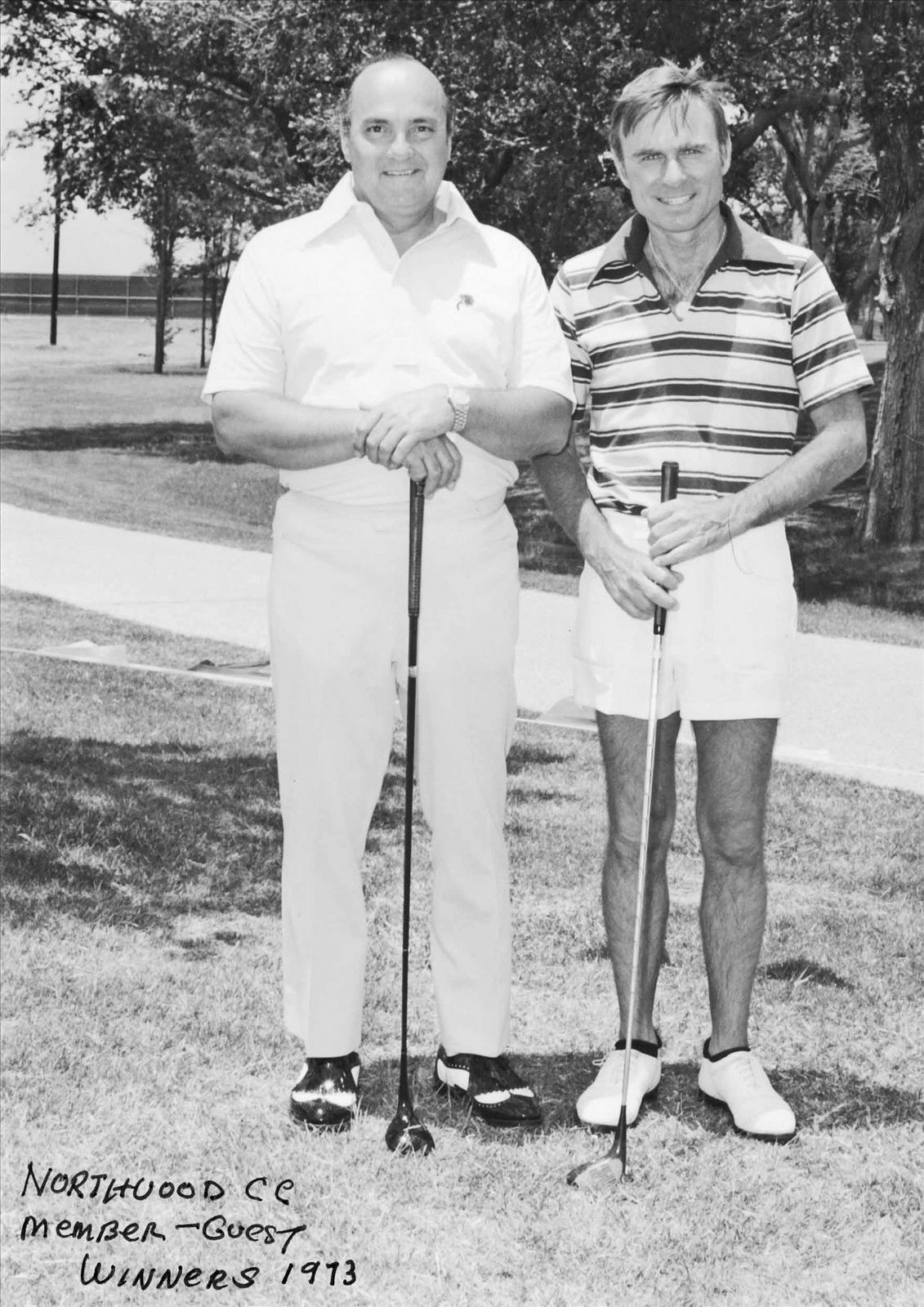 Our hearts are heavy with the passing of our dearest friend, Herkie. Our family shared many of life's pleasures together. Herkie and Dorothy were a great team and now they are together again. Just a snap photo of one of our pleasures together. Here we are. He was a great guy.
Jeanette & Clarence Kloppe
July 9, 2015
I'm so sorry for the loss of Lawrence Herkimer. He seemed to be a great man and was truly inspiring.
emily witmier
July 8, 2015
To the family of Lawrence Herkimer:

I am so very sorry for your loss. Because of Herkie, I was able to see many parts of the country and have developed so many lasting friendships with other cheer and dance instructors. I cherish all of these memories. Herkie's vision lives on and he will be missed. Please accept my sincere condolences.
Linda Williams-Blackwell
July 8, 2015
My sincere condolences to the whole family for this loss of such a genuinely great man. My family lived next door to the Herkimers and I was the little boy who came over constantly to bug Marilyn, Sharon, and Carolyn and to jump on the trampoline. I have such fond memories of the family, of your generous hospitality, and of Texas-OU weekend and the great parties there our house was decked out in burnt orange, yours in Sooner crimson. Mr. Herkimer's dynamic personality, energy, and charm will be missed. All my best to you.
Brad Campbell
July 8, 2015
Herkie changed my life, as he did all the cheerleaders who had the pleasure and honor of working with him...deepest condolences to the family..I was one of the first staff members that worked with NCAA. Pud Patterson
Pud Patterson
July 7, 2015
Sharon,
I was so sorry to hear about your dad. You & your family are in my thoughts & prayers.
Linda Hearne
July 7, 2015 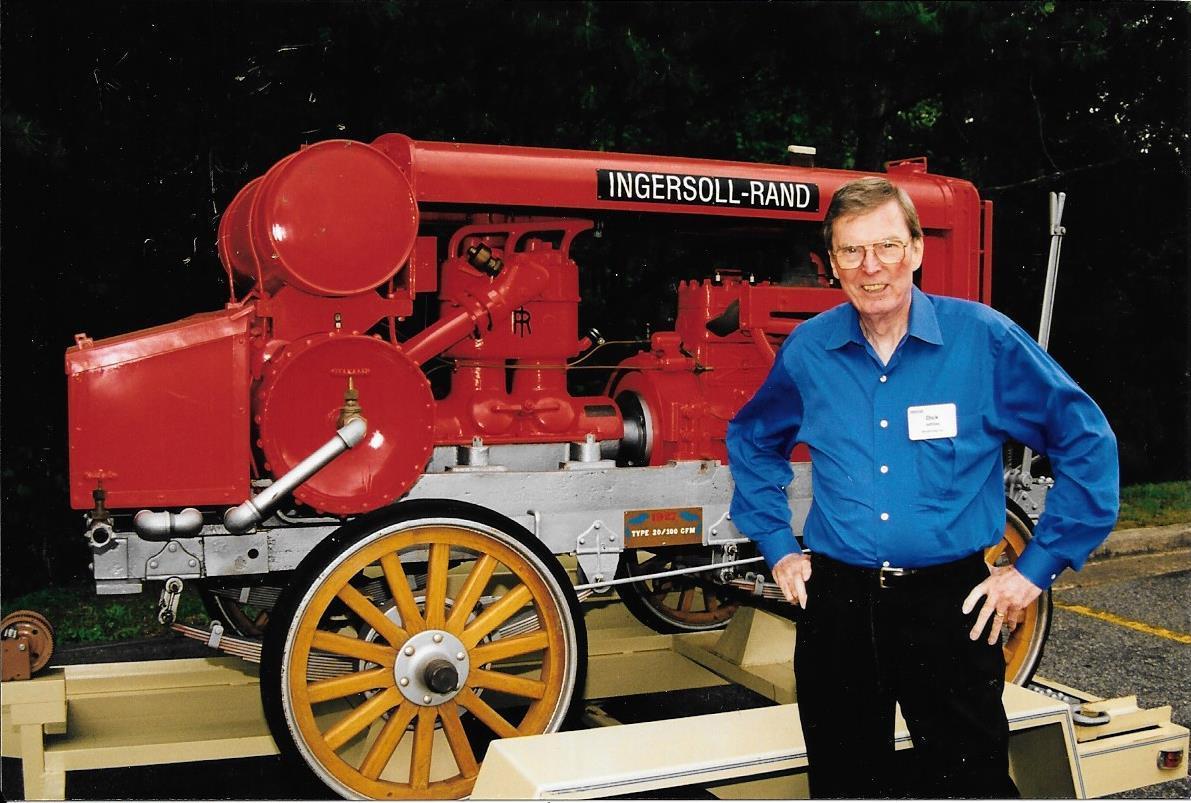 DICK JEFFERIES WITH A 1923 INGERSOL-RAND AIR COMPRESSOR
Jan Jefferies Harris
July 7, 2015
My sincerest condolences....
Lisa L. Swearingen
July 7, 2015
With loving memories of a gentle man ... Herkie was so kind to a NC girl who was starting a cheerleading company. He took my calls and he traveled to NC for our conference. He shared his common sense approach to business and his fierce belief in customer service. His generosity of spirit resonates across this country every time a cheerleader takes the floor. Thank you, Herkie ... rest in sweet peace.
Gwen Holtsclaw
July 7, 2015
Mr. Herkimer supported my ambition and vision in launching my own company and allowing me grow. Generous man, mentor and fantastic person... I will miss you, but think of you often...
Martin Evenson
July 7, 2015
I am so sorry I am late to hear of the passing of the nicest man I ever met. Marilyn,you and I went to Kramer together and were members of the same Blue Bird troop. I remember you lovely father entertaining us at meetings and teaching us the Herkie on your trampoline. I kept up with him over the years. Called him in Florida a few years ago. My heart goes out to you and your family. He was one of a kind. Nancy Nichols
July 7, 2015
Sending many prayers and much love to you as you mourn your amazing Dad. We wish we could be there for you in person...we're certainly there in spirit. We share in your loss, dear family.
Much love, The Boren-Zollman Family
Mary Zollman
July 6, 2015
To the Herkimer Family: I am so very sorry for your loss. Some of the best years of my life was spent teaching cheerleading with Herkie. He was an inspiration to us all who worked for him. He will forever be in my heart. He and Dorothy will always be remembered.
Sue Wolfinbarger Allen
July 6, 2015
Great Man, wonderful family. Herkie was so much fun.
Claire Cunningham
July 6, 2015
I loved being a part of the early 60s Herkie team of instructors. Cheerleading was such a big part of building my character. Thanks to Herkie for starting the Cheerleading Association.
Darlene Watkins
July 6, 2015
My sympathy and condolences in the loss of Lawrence Herkimer, an admired and respected friend --- associate in Salesmanship Club and Highland Park United Methodist Church. He was a gentleman and civic servant.

I appreciated him and will miss him.

George R. Schrader
Former Dallas City Manager
July 6, 2015
I am so very sorry for your loss. Some of the best summers of my life we spent teaching cheerleading for Herkie. He inspired us to be the best we could be and to have that special spirit that came from within. He will always be one of my heros!
Nancie Wagner
July 6, 2015
I first met (Mr.) Lawrence Herkimer during my 1983-1984 Sr. year at Highland Park High at a Hockaday "Hawaiian themed" school dance. He treated this awkward teenager with respect, kindness and great conversational topics. You did so much for the City of Dallas, our Country and World with your generous cheerleading spirit and giving of yourself in everything you accomplished. To the Herkimer Family, I hope you keep the Photo memories in your heart and rest well in the days ahead. Sincerely, Carter Copeland-San Antonio Texas
Carter Copeland
July 6, 2015
Sicere condolences to Sharon and the rest of the family.
Barry and Cindy Zale
July 6, 2015
Dottie was a special friend of mine and I met Herkie through her. I sang at their wedding at Munger Place Methodist church, and later was a guest at their 25th wedding anniversary. They were a beautiful and generous couple. I think of them often.
Mary Frances Luther
July 5, 2015
Marilyn, Sharon and Carolyn and Family-

He was my mentor and friend and he
will be missed!

Being part of the "Herkie Team" in
1961-63 was Great! He was a teacher
and motivator and I am proud to have
been a part of this great man's life.

May God Bless Herkie and the Family.
Bill Melton
July 5, 2015
I have such lovely memories of Herkie's visit to Ireland and to our home. He was a delight to be with in Aventura and Dublin. My sincere condolences to his family. Anne O'Sullivan
July 5, 2015
We enjoyed each other's friendship both in Dallas and Miami. Barbara and Herkie reminisced about being cheerleaders way back when. We ALWAYS had good times together. We love Herkie and miss him. Our condolences to his whole family.
Barton & Barbara Udell
July 4, 2015
Herkie was a very special man in our eyes! Not only was he a great innovator, he was a man of integrity, class, and love! He embraced everyone, and was a role model to many thousands of cheerleaders- and beyond! This world has lost a precious soul; but, will live in the hearts of many forever! Bod bless! Love & prayers to his wonderful family! Judi & David Koncak
Judi & David Koncak
July 4, 2015
Showing 1 - 26 of 26 results