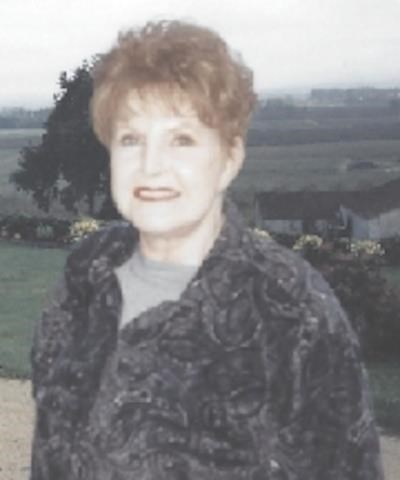 BORN
1931
DIED
2021
FUNERAL HOME
Foust & Son Funeral Home
523 S MAIN ST
Grapevine, TX
NUNNERY, Phyllis Phyllis Marie Nunnery, passed away peacefully in Dallas, on June 5, 2021, she was 90. Phyllis was born on April 18, 1931, in New York City, the daughter of Melville E. and Marie J. Malet. In 1946, she moved to Ardmore, Oklahoma with her parents. In 1949, the family moved to Tulsa, Oklahoma, so her father could take a new position at the American Airlines Maintenance and Engineering Center. Phyllis attended Texas Women's' University before taking a summer secretary position at American Airlines in 1950. She enjoyed the position so much that she decided not to return to college. In 1954, she relocated to the American Airlines headquarters in Dallas. During her tenure with the Airline, Phyllis held many positions, but her favorite was the 18 years she spent as the Executive Assistant to Robert L. Crandall, President and CEO of American Airlines. Phyllis' employment with American Airlines lasted more than 45 years ending in December 1995. Following her retirement, Phyllis traveled extensively and volunteered with a number of non-profits to include the Marine Corps Law Enforcement Foundation. Phyllis was preceded in death by her husband of 34 years, Charles L. Nunnery; her sister Marilyn H. Loomis; and her companion of more than 20 years, James D. MacPhail. Phyllis is survived by her sister, Polly Weidenkopf of Carrollton, Texas; nephew Geoff Legler and his wife, Katrina, of Norman, Oklahoma; nephew Tim Legler of Richardson, Texas; grandniece Kaete-Marie Legler of Norman, Oklahoma; and grandnephew Mathias Legler of Norman, Oklahoma. There will be a grave-side service for Phyllis at the Rolling Oaks Cemetery, located at 400 S. Freeport Parkway, Coppell, Texas, 75019 on Thursday, June 17 at 2:00 p.m. In lieu of flowers, Phyllis has asked for donations to be made to Operation Kindness, 3201 Earhart Drive, Carrollton, Texas, 75006.


Published by Dallas Morning News on Jun. 13, 2021.
To plant trees in memory, please visit our Sympathy Store.
MEMORIAL EVENTS
Jun
17
Graveside service
2:00p.m.
Rolling Oaks Cemetery
400 S. Freeport Parkway, Coppell, TX
Funeral services provided by:
Foust & Son Funeral Home
MAKE A DONATION
MEMORIES & CONDOLENCES
Sponsored by The Dallas Morning News.
2 Entries
My prayers are with your family, May GOD bring your peace, strength and comfort. I remember visiting with Chuck, as my dad and he worked together at AA, I now have 25 years with AA in aircraft maintenance and cherish the memories of "The Oldtimers".
Stephen Colao
Friend
June 17, 2021
God bless and keep you Phyllis! I have been wondering how you were doing as i was not getting any response to messages or phone calls that i sent your way. Now I know. I remember first meeting you in 1974 when you were Secretary for either Warren Woodward or Bill Shannon. You were always so friendly and helpful to me. You very kindly came to the graveside service for my wife Judy in September 2005. I will be at your graveside Thursday June 17. Thank you for just being you over the years. Again, God bless! Jock
Jock Bethune
Coworker
June 14, 2021
Showing 1 - 2 of 2 results