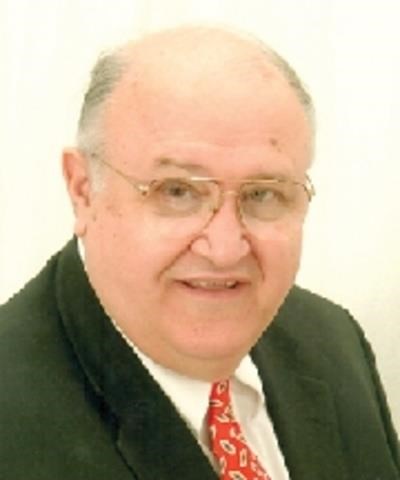 BORN
1942
DIED
2017
CAMPFIELD, Regis William Regis William Campfield, a man of faith and family, was born on January 8, 1942, in Pittsburgh, PA, and died on October 27, 2017, in Dallas, TX. He is survived by his loving wife of 51 years, Mary Tarpley Campfield, and their two daughters and sons-in-law: Allison and Mike Taten; Claire and John Storino; six adoring and adored grandchildren: Matthew, Laura and Jane Taten; Mary, Anne Elise, and Catherine Storino; brother-in-law Charles Tarpley and his wife, Mary Ellen. Regis was the much beloved only child of Regis P. and Katherine A. Campfield of Rillton, PA. Of the 93 graduates of his high school class, he was one of three to go to college. He graduated summa cum laude from the University of Notre Dame. His Notre Dame experience was foundational for his life. While at University of Virginia School of Law, he met and in 1966 married the love of his life, Mary Tarpley, a U.Va. Ph.D candidate from Dallas. As a young lawyer in Cleveland, he found the invitation in 1970 to teach at Notre Dame Law School irresistible. In 1977, he joined the SMU Law School faculty, where for the next 32 years he happily taught Wills and Trusts, Estate Planning, and Estate and Gift Taxation, retiring in 2009 as Professor Emeritus and Marilyn Jeanne Johnson Distinguished Law Faculty Fellow. In what might be considered somewhat dry subjects, Regis injected much humor into his classes. Upon meeting him decades later, former students would recite some of his memorable quips verbatim. Many of his former Notre Dame and SMU students became lifelong friends. As Founder and Chair of the Notre Dame Tax and Estate Planning Institute, Regis continued for 35 years to direct and grow the program into one of the largest and preeminent tax institutes in the country, attracting as many as 1,000 attendees to hear the nation's best tax and estate planning experts. An expert in his own right, Regis was the author of many books and articles including Taxation of Estate, Gifts and Trusts (now in its 23rd edition), Fiduciary Tax Guide, and Taxation of Income. Regis loved solving problems and helping people and never met a stranger. He was ever grateful that his profession allowed him to couple his innate love of getting to know each person he met with the intellectual challenges inherent in tax and estate planning. He was awarded a lifetime achievement award from the National Associ-ation of Estate Planners & Councils. Notre Dame Law School named its 5,000+ volume collection in estate planning the Regis and Mary Campfield Collection in Estate Planning. His professional honors include: Life Fellow of the American Law Institute; Fellow and Regent of the American College of Trust & Estate Counsel; member of the Council of the International Academy of Trust and Estate Law; Chair of a Tax Section Committee of the American Bar Association; Fellow of the American College of Tax Counsel; and Editor-in-Chief of Probate Lawyer. Of the many awards and honors he received, the most meaningful to him were these: his grandson Matt's middle school speech, extolling in detail the qualities that made his grandfather Regis the person he most admired; and the award at his 50th Notre Dame reunion designating him "the person who had done the most to keep the class together." For over a half century, Regis served faithfully as Class Secretary of the Notre Dame Class of 1963. He also received the Person of the Year Award in 2009 from the Notre Dame Club of Dallas. Engraved on a plaque on a bench at Notre Dame is Regis' grateful tribute to his beloved parents, "who together had the dream, the energy, the will and the love all their days." It is a fitting tribute to Regis as well. Regis' love for his family and friends knew no bounds. Watching his six grandchildren grow to be such special individuals provided incomparable joy. A funeral mass will be at St. Rita Catholic Church, Dallas at 10 am, Monday, November 6, 2017, preceded by visitation at 9 am and a reception immediately following the mass. In lieu of flowers, memorials may be sent to the Regis and Mary Campfield ACE Endow-ment for Excellence, Notre Dame Development, 1251 N. Eddy St., Suite 300, South Bend, Indiana 46617 or to a charity of your choice. The ACE Endowment supports excellence in teaching for underserved Catholic schools.


Published by Dallas Morning News from Nov. 4 to Nov. 5, 2017.
To plant trees in memory, please visit the Sympathy Store.
MEMORIAL EVENTS
Nov
6
Visitation
9:00a.m. - 10:00a.m.
St. Rita Catholic Church
Dallas, TX
Nov
6
Funeral Mass
10:00a.m.
St. Rita Catholic Church
Dallas, TX
MAKE A DONATION
Please consider a donation as requested by the family.
MEMORIES & CONDOLENCES
Sponsored by The Dallas Morning News.
10 Entries
I am very sorry for the loss of your loved one. Please find comfort in Phillipians 4:6,7.
October 27, 2018
Dear Mary, Regis is warm memory to Beth and me. Please accept our belated deep sympathies and condolences.
Bruce A Boyle
Friend
July 2, 2018
Dear Mary, Claire, and Alison, We are so sorry to hear that Regis has passed away. What a wonderful father and husband! We remember so well your South Bend days and are keeping you in our thoughts and prayers.

Mike and Bonny Hannigan
Mike Hannigan
November 19, 2017
Please accept my deepest sympathies for your family's loss. My connection with Regis over 30+ years was through the Notre Dame Tax and Estate Planning Institute that he developed and ran so successfully for so many years. His efforts in recruiting collections of experts in the field who shared their knowledge at the Institute resulted in me being a better lawyer and for that I am forever grateful.
John McBride
John McBride
Acquaintance
November 8, 2017
Dear Mary, Allison and Claire,
Our hearts go out to you at the passing of your beloved Regis. It seems it was just yesterday, Mary, when you and Regis and Alan and I met by chance (and almost 30 years since our last meeting) enjoying a yummy meal at Becks Prime. We all were so happy to meet and catch up after such a long time!
Alan and I hope that the sweet memories you each hold of Regis will continue to be a comfort to you. We are so sad for your loss.
Fondly,
Kathy, Alan, Julie, Michael and Jon Freeman
Kathy and Alan Freeman
Friend
November 6, 2017
Professor Campfield was a great boss for near!y 15 years at the law school, and later worked for he and Mary, for 20 years.
He was always appreciated others' work and efforts on the job. He will be sorely missed.
Kathleen Vaughan
Coworker
November 5, 2017
Kathleen Vaughan
Coworker
November 5, 2017
Professor Campfield provided me the inspiration to pursue estate planning and probate law, which I have enjoyed immensely. I enjoyed his classes and the special opportunity I had to work with him on a special project following my law school graduation in 1987. Words cannot express the deep level of admiration and respect that I have for Professor Campfield. My heart goes out to his family, and I hope that they will find comfort not only in the knowledge of his great love for them, which was always evident, but also in the knowledge that part of him lives on in his former students.
Lynne Candler
November 5, 2017
My sympathy goes out to the family during your time of grief. May God's loving-kindness comfort you and help you through this difficult time. Psalms 119:50,76
November 4, 2017
I am so sorry for your great loss. May the God who "binds up the brokenhearted" and "comforts all who mourn" sustain your family during this challenging time. (Isaiah 61:1,2) With heartfelt sympathy.
November 4, 2017
Showing 1 - 10 of 10 results