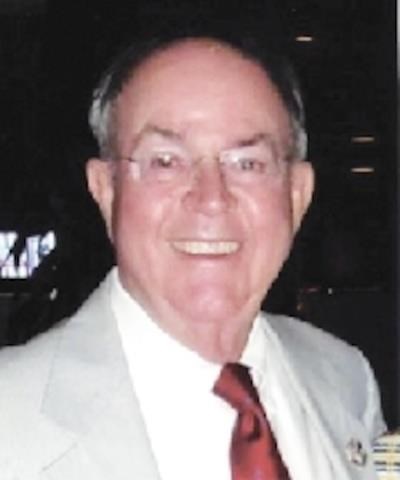 BORN
1939
DIED
2021
FUNERAL HOME
Sparkman Funeral Home & Cremation Services
1029 South Greenville Ave
Richardson, TX
WEHRMANN, Robert Robert Rice Wehrmann died May 20, 2021 at home surrounded by family, after a battle with cancer. Bob was born in New Orleans, Louisiana, on August 14, 1939, to Irene Rice and Henri Fernand Wehrmann. He graduated from St. Martin's Protestant Episcopal School in 1953, then attended Tulane University where he was a member of Delta Kappa Epsilon Fraternity. After graduating in 1957, he entered Officers Candidate School, graduating as an Ensign in the U.S. Navy. Bob served in the Navy for four years and left as a Lieutenant J.G. In 1965 Bob married Blair Lloyd Lambert, setting up a home in New Orleans, Louisiana always remaining very close to his childhood friends. He worked in educational sales, and real estate and was an active member of Christ Church Cathedral, and involved in several Carnival Organizations. Blair and Bob moved to Dallas eleven years ago and are members of St. Michael and All Angels Angels Episcopal Church. Bob was an active volunteer through Saint Michaels, the USO and The Park Cities Rotary Club. Bob is survived by his wife of almost 56 years Blair Lloyd Lambert Wehrmann and two daughters, Leslie Wehrmann Agouridis (Nassi) and Ashley Wehrmann Ewing (Christopher). His four grandchildren, Cole and Will Agouridis, and Preston and Elizabeth Ewing held a very special place in his heart. He is also survived by his sister Wendy Wehrmann Taliaferro and her family as well as his first cousins, Dr. Rev. Atwood Lumberd Rice lll and John Barrier Rice. Memorial services will be held at St. Michael and All Angels Church Dallas, Texas June 4, at 4:00pm, and at Christ Church Cathedral, New Orleans, Louisiana, on June 12, at 1:00pm. In lieu of flowers please consider a donation to the USO or a charity of your choice.

Published by Dallas Morning News on May 30, 2021.
To plant trees in memory, please visit the Sympathy Store.
MEMORIAL EVENTS
Jun
4
Memorial service
4:00p.m.
St. Michael and All Angels Church
Dallas, TX
Jun
12
Memorial service
1:00p.m.
Christ Church Cathedral
New Orleans, LA
Funeral services provided by:
Sparkman Funeral Home & Cremation Services
MAKE A DONATION
Please consider a donation as requested by the family.
MEMORIES & CONDOLENCES
Sponsored by The Dallas Morning News.
4 Entries
“Admiral Worm”, as I called him, was a devout US Navy carrier veteran who devoted himself to every chance to champion our veterans at his local USO, especially on Memorial Day. Be certain he was there in spirit today! In the Navy whenever the commanding officer left the ship, the “word” was passed over the 1MC speaker system: “Admiral Worm, departing” (in this case). Now Bobby has left our ship for the last time. We will learn to deal with the loss of a very dear and close friend, since 1953. Meanwhile we celebrate his victory and are happy for the end to his suffering.
Our hearts and souls and prayers have been with Blair and with Bobby’s extended family ever since his illness began and especially now his final voyage has begun. We are with you and support you and are at your service.
Perry, Martha and Carter Thomas
Classmate
May 31, 2021
“Admiral Worm” as I called him - was a devoted US NAVY veteran who would never miss an opportunity to volunteer to serve our servicemen at his USO, especially on Memorial Day. Be certain that he was there in spirit today! In the Navy whenever the skipper left his ship, word was always passed over the 1MC speaker system. When Bobby left his ship this last time, I can hear the word passed “Admiral Worm, departing!” It’s taken a while to collect our thoughts and to accept his departure from our lives, but now it’s a done deal. I accept the loss of a very close and dear friend since 1953, will celebrate his victory and am happy his suffering has ended, and pray he will remember to save a seat for me on the other side as I requested last time we spoke.
Our hearts and souls and minds and prayers have been with Blair and Bobby’s extended family since the onset of his illness, and especially since his passing. We will all miss Bobby and we are at your service!
Perry, Martha and Carter Thomas
Classmate
May 31, 2021
I met Bob and his lovely wife when they moved into the Forum, here in Dallas. Bob was the energizer bunny bringing in their many treasures and setting them up. Again I talked with Bob the day before Blairs birthday asking if there was anything special he was going to get his wife. Before he could answer, wee little Grits dashed past him and into the hallway! A quick "Grits, come here" and she dutifully jumped into his outstretched arms. Her leash was attached and out the door he went and the question was never answered. My next visit with Bob was in his home where he lay wrapped in a beloved New Orleans Saints blanket. Is that your team Bob I asked him? A weak smile appeared on his face and a resounding "Yes" escaped from his lips. I feel sorry for any team that plays New Orleans this year because Bob will defiantly be there rooting them on. We will be watching Bob.
Peggy Barrett
Neighbor
May 30, 2021
Dear Blair,