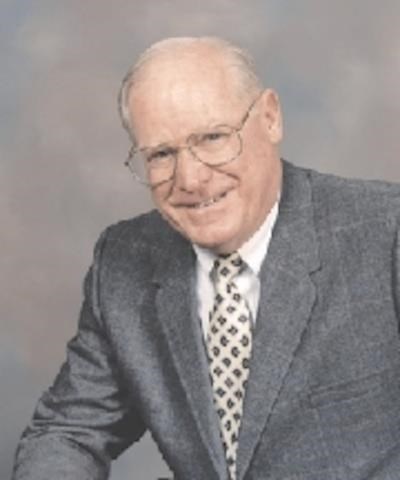 BORN
1931
DIED
2021
FUNERAL HOME
Sparkman/Hillcrest Funeral Home & Memorial Park
7405 West Northwest Highway
Dallas, TX
GOWAN JR., William Crozier W. CROZIER GOWAN, JR., passed peacefully away on Tuesday, September 8, 2021, after a lengthy battle with Alzheimer's Disease. Crozier was born to William Crozier Gowan and Meyerer Dollinger Gowan on December 15, 1931, in Dallas, Texas. After graduating from Highland Park High School in 1949, he attended Texas Tech where he obtained a B.S. in Animal Husbandry in 1953, with the full intention of putting his education to work on his family's Bar-U Ranch. While he, like his family, loved the ranch, ultimately, following his service in military intelligence in the U.S. Army from 1954-1956, he shifted his professional focus and obtained his J.D. from the Southern Methodist University School of Law in 1959. He worked for Lone Star Gas Company as an attorney and Vice President-Personnel from 1962 to 1972. He spent the balance of his professional career as a self-employed attorney, labor arbitrator, and real estate broker. In 1970, Crozier met the love of his life, Malinda Garner, and on March 19, 1971, they began a 50-year partnership and marriage characterized by mutual admiration, respect, and love. Crozier was a member of Park Cities Presbyterian Church where he served as an usher. He particularly enjoyed counting the money in the collection plates and seeing to their deposit with the Church. He was a 33rd Degree Mason, a Past Master of Hillcrest Lodge No. 1318, and active for many years in Dallas Scottish Rite Bodies. He also served as a volunteer for more than 10 years with the Visiting Nurse Association to deliver food through its Meals on Wheels program. As a person, Crozier was really indescribable. He loved ranching, fishing, hunting, and woodworking. His special interests and commitments, however, were reserved for his wife, the rest of his family, friends, clients, and business associates. If they needed him, he was there. He could make serious circumstances tolerable through the twinkle in his eye and his laughter. He loved to laugh, and his laugh was both memorable and infectious. In addition to his wife, Malinda, Crozier is survived by numerous nieces and nephews. He was preceded in death by his parents and his brothers, John Richard (Dick) Gowan and Robert Thomas (Tom) Gowan. A graveside memorial service will be held on Tuesday, September 14, 2021, at 10:00 a.m. at Sparkman-Hillcrest, 7405 W. Northwest Highway, Dallas, Texas, with a reception to follow. In lieu of flowers, memorial contributions may be made to Park Cities Presbyterian Church, Meals on Wheels, or a favorite charity of the donor. Online condolences may be made at www.Sparkman-Hillcrest.com.

Published by Dallas Morning News from Sep. 12 to Sep. 13, 2021.
To plant trees in memory, please visit the Sympathy Store.
MEMORIAL EVENTS
Sep
14
Graveside service
10:00a.m.
Sparkman/Hillcrest Funeral Home & Memorial Park
7405 West Northwest Highway, Dallas, TX
Funeral services provided by:
Sparkman/Hillcrest Funeral Home & Memorial Park
MAKE A DONATION
Please consider a donation as requested by the family.
MEMORIES & CONDOLENCES
Sponsored by The Dallas Morning News.
1 Entry
Today, I received an envelope in my mailbox from a friend whom I know from my years of working at Lone Star Gas Company in Dallas. It contained an obituary for Crozier Gowan. I fondly remember Crozier from Lone Star and, in particular, recall his wonderful laugh. Over the years, about 50 or so, our paths have merged and crossed in numerous ways and I will forever be thankful for the impact he has had on my life. He was truly a quality individual and someone I always considered a friend. My sincere, heartfelt condolences go to Malinda and his entire family.
Glynnda Rice
Work
September 16, 2021
Showing 1 - 1 of 1 results