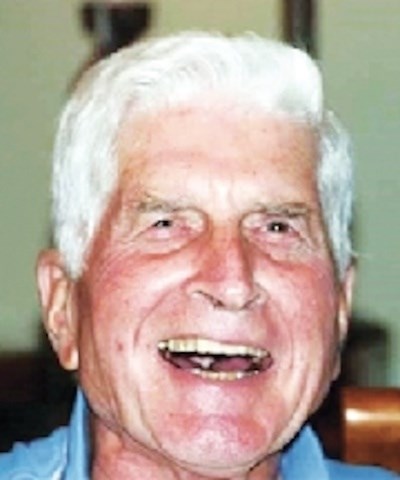 BORN
1924
DIED
2021
ABOUT
Highland Park High School
MAHER, William Henry On June 4, 1924, Ed and Louise Maher welcomed their fourth child, Wm. Henry Maher. Henry was a fifth-generation Texan. At Highland Park High School, he played football and earned the nickname "Handy Hank." Upon graduation from HPHS in 1942, Henry attended Texas A&M College. His stay in College Station was cut short when he was called up to fight in World War II. He served in the European Theater in France and Germany. Upon his return to Dallas, he completed his degree at Southern Methodist University. Following a short stint as a buyer for Titche-Goettinger he joined Majors & Majors Realtors, later becoming a partner in the business and working there well into his nineties. He married the love of his life, Mary Alice Vance, in 1955 and enjoyed 43 years of marriage before she was called home. They moved to St. Rita Catholic Church of Dallas in 1964, the year the parish school opened, and Henry was involved on the finance committee and men's club from the start. Kind and cheerful, all who met him were touched by his joyful spirit. To say he will be missed is a gross understatement. A full obituary may be found at the dignity.com website. He is preceded in death by his parents, Ed and Louise Maher, his siblings, John Hughes, Ed Jr,, Mary Louise, and Rosine, and his beloved wife, Mary Alice. He is survived by his daughters, Kathleen Beach (Steve), Marianne Percy (John), and Eileen Weber (David); by his grandchildren: Michelle Bueno (Jesse), Jack Percy, Bailey Beach, Connor Beach, Julianne Percy, Tom Weber, Lilianne Weber, Henry Percy, and Kat Weber; by his great-granddaughter, Gracie Bueno; and by many nieces and nephews. The family would like to thank the devoted caregivers who so lovingly tended to Honey. A recitation of the rosary will be held at St. Rita Catholic Community at 7:00 pm on Thursday, Oct. 21 and a funeral Mass will be celebrated at 11 am on Friday, Oct. 22 at St. Rita, followed by burial at 2 pm at Calvary Hill Cemetery. In lieu of flowers, please donate to the St. Rita Endowment Fund; any other Catholic school; or a charity of your choice.


Published by Dallas Morning News on Oct. 24, 2021.
To plant trees in memory, please visit the Sympathy Store.
MEMORIAL EVENTS
To offer your sympathy during this difficult time, you can now have memorial trees planted in a National Forest in memory of your loved one.
MAKE A DONATION
Please consider a donation as requested by the family.
MEMORIES & CONDOLENCES
Sponsored by The Dallas Morning News.
0 Entries
Be the first to post a memory or condolences.