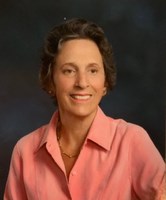 Carolyn Schoonmaker
Former Darien resident, Carolyn Schoonmaker, passed away peacefully in Naples, FL on the morning of April 2, 2019 with her two sons, Sam and Eric, by her side. In passing, she rejoins her beloved husband, Sam, who predeceased her. She is survived by two sisters, a stepsister, two sons, four grandchildren, and numerous other family and friends.
Carolyn was born in Englewood, NJ, the second daughter of Frederick and Carol Peters. A natural athlete, she grew up throwing and catching a baseball with the Yankees, who practiced in the park near her house. Preferring playing to watching sports, she met many friends over the decades through field hockey, tennis, skiing, sailing, golf, and paddle tennis.
She attended Dwight School for Girls in Englewood, NJ and graduated from Dana Hall in Wellesley, MA in 1958. She went on to graduate from Bradford College in 1960.
Carolyn cared deeply about her community, and throughout her life she dedicated her time and talent to many organizations. Always a believer in the ability of people to work together to generate better social, economic, and environmental outcomes, she volunteered extensively at the local, state, and national level to achieve a better world.
Philanthropically, she helped promote the Head Start program and the Lockwood-Mathews Mansion preservation in Norwalk through the Junior League. Later, she invested herself in the Garden Club of America (GCA), as President of the Darien Garden Club for two years, and later as a member of the GCA Board of Associates. She had a particular interest in the preservation of coastal wetlands, and in her 70's, embarked on a week-long canoe and camping trip through the Everglades with friends.
Politically, she was actively engaged in the Darien community for many years, serving as chairwoman of the Republican Town Committee and in numerous elected and appointed positions over the course of three decades.
Carolyn also fought cancer for over 25 years. She never let any ailment dampen her spirits or her motivation to brighten the lives of those around her. Friends have described her as outgoing, charismatic, loyal, and kind. She will be remembered as a loving daughter, wife, mother, grandmother, aunt, and friend.
A memorial service will be held at the Noroton Presbyterian Church at 11 a.m. on May 4, 2019, with a reception following. In lieu of flowers, please make donations in her name to the Garden Club of America (particularly the Coastal Wetlands Scholarship), the Darien Historical Society, the Lockwood-Mathews Mansion, the Bennett Cancer Center in Stamford, or the Naples Botanical Garden.
Published by Darien Times from Apr. 10 to Apr. 16, 2019.
To plant trees in memory, please visit our Sympathy Store.
MEMORIAL EVENTS
May
4
Memorial service
11:00a.m.
Noroton Presbyterian Church
CT
MAKE A DONATION
MEMORIES & CONDOLENCES
1 Entry
As you remember your love one, as God heals your broken hearts (Psalm 147:3), may your treasured memories continue to bring you peace, comfort, and strength to endure.
April 15, 2019
Showing 1 - 1 of 1 results