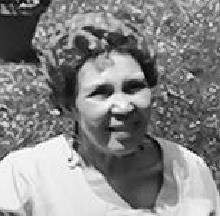 Alice Almyra (Calamese) Ballard, 100, of Springfield, Ohio, passed away at 8:17 AM, April 10, 2021, at Springfield Regional Medical Center. She was born September 10, 1920, the daughter of Charles and Mary (West) Calamese. Alice was born and raised in Springfield. During her later years she resided at the Ohio Masonic Home until the COVID-19 Pandemic hit the United States, she then resided with her daughter and son-in-law, Maryemma and Alvin Hall. Alice retired from the Springfield Community Schools as a Home School Coordinator/Teacher's Aide at

children. She attended Second Missionary Baptist Church, taught millinery classes in the community and at the YWCA, was a member of the Les Femmes des Charities Club, and the National Council of Negro Women, Clark County, Springfield Section. She was preceded in death by her husband, Lawrence Ballard; her two sisters, Harriett Calamese and Elida Lawrence; her three brothers, William Calamese, Paul Wesley Calamese and Elmer Calamese. She leaves to cherish her memory her children and their spouses Maryemma and Alvin Hall, Elida and Charles Hall and Gayle Ann Ballard; her sister-in-law,

Calamese; cousins by marriage, Gloria and Morris Johnson, and Lena Vasconcellos and a number of great nieces,

nephews, cousins along with other relatives and friends. In lieu of flowers, a donation can be made to the Les Femmes des Charities, c/o Inez Holmes, 236 W. John Street, Springfield, Ohio 45506; the National Council of Negro Women,

2 p.m. in the chapel at Rose Hill Burial Park. Entombment will follow immediately after the service. Arrangements by the Robert C. Henry-Clark Funeral Home.

Published by Springfield News Sun on Apr. 15, 2021.
To plant trees in memory, please visit the Sympathy Store.
MEMORIAL EVENTS
Apr
17
Visitation
12:30p.m. - 1:30p.m.
Robert C. Henry-Clark Funeral Home
527 Robert C. Henry Way (527 S. Center Street), Springfield, OH
Apr
17
Funeral service
2:00p.m.
Rose Hill Burial Park
4781 South Charleston Pike, Springfield, OH
Funeral services provided by:
Robert C. Henry Funeral Home
MAKE A DONATION
MEMORIES & CONDOLENCES
Sponsored by Robert C. Henry Funeral Home.
2 Entries
Mrs Alice Ballard was a friend of my mother. I was impressed with her beauty, her grace, her warm spirit and ever present smile. I remember about 7 years ago she drove my mother and I to lunch engagement. I was amazed at how she zipped around the corners taking us to our destination. It was such a pleasure being in her presence. May her family be comforted by the precious memories of this amazing vibrant gracious lady. God be with you at this time.
Linda Henry Buckins
Friend
April 17, 2021
Such a beautiful, kind and elegant lady. From childhood laughter and great memories , to tears of sadness . Rest in peace ...............
Phil Wall and family
April 14, 2021
Showing 1 - 2 of 2 results