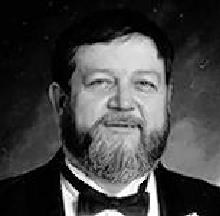 Carl Stidham, age 74 of West Carrollton, passed away on Friday, October 1, 2021, at home surrounded by his family. He was born on March 4, 1947, in Dayton, Ohio, to the late John and Dorothy Stidham. In addition to his parents, he is preceded in death by his beloved wife, Donna Stidham; brother, Robert Stidham; and sister, Kate Baxter. Carl is survived by his four children, Debbie (Jim) Jordan, John W. (Dawnyale) Stidham, Lori (Mark) Warner, April (Kenny) Hart; nine grandchildren, three great-grandchildren; aunts, Vivian Beatty and Judy Young; brother-in-law, Donnie Baxter; and his beloved basset hound, Norma. He is also survived by numerous family and friends. He was retired from Flowserve after 40+ years. He enjoyed camping, hunting, and fishing. Carl most enjoyed spending time with his grandchildren and great-grandchildren. He is well loved and will be deeply missed by all those who knew him. Visitation will be held from 6:00 pm - 8:00 pm on Thursday, October 7, 2021, at Newcomer Funeral Home-Centerville Chapel.

Funeral Service will be held at 10:00 am on Friday, October 8, 2021, at Newcomer Funeral Home-Centerville Chapel. Burial will follow the service at David's Cemetery. Please visit